I think you get the idea.

A solid enough issue, but certainly an odd one. 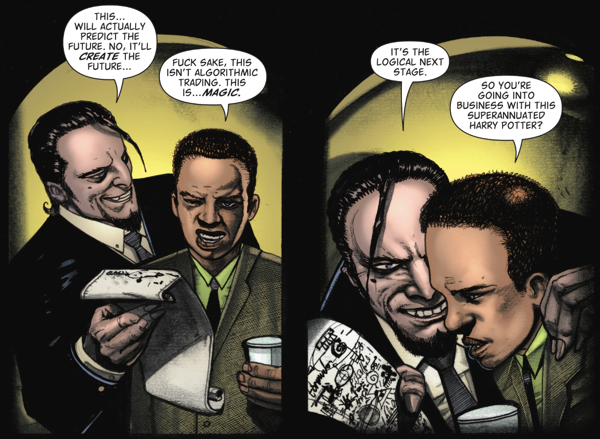 Wonderful. Amusing that marriage seems to have gotten Constantine interested in perhaps making a buck and I’m curious how the Druid is going to come back to mess things up (I assume he’s not the trader?). 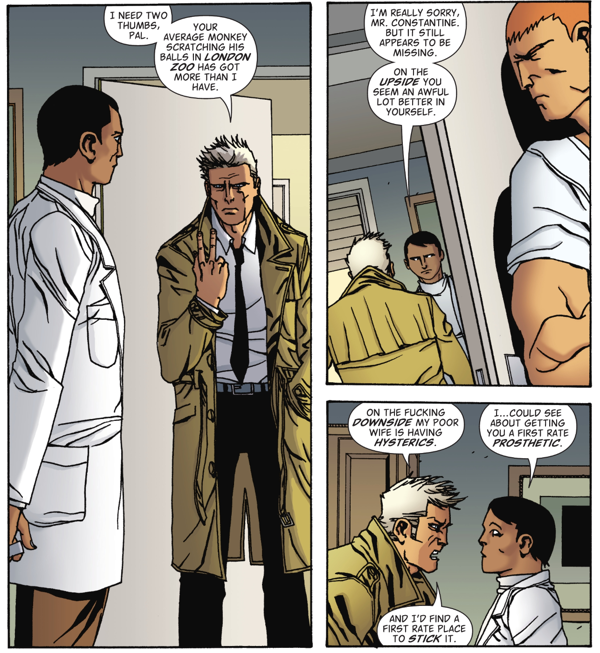 Who’s got two thumbs and some bizarre marital problems? Not Constantine! 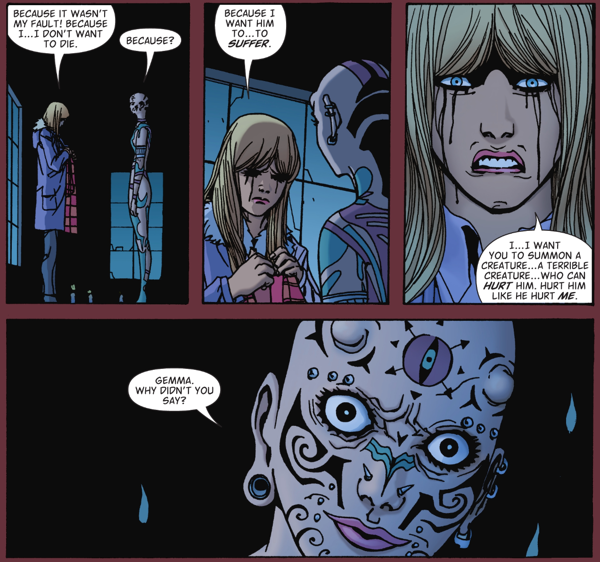 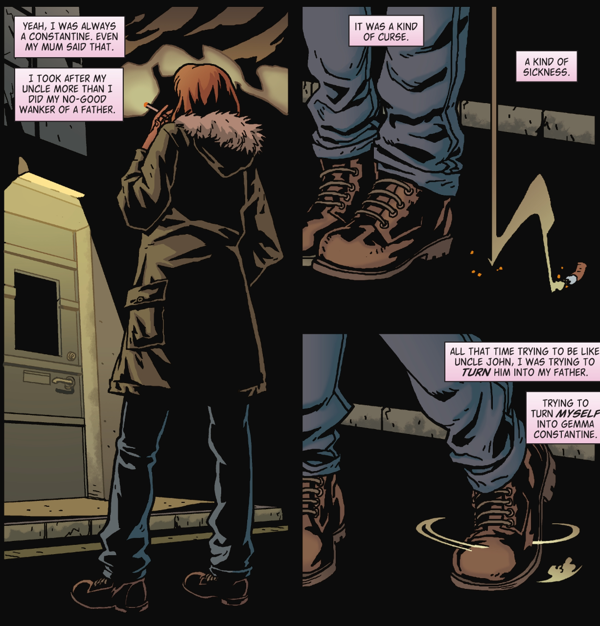 Maybe not so B plot. Gemma certainly has some baggage…

That was definitely twisted. And there’s not so much time any more, but I expect we’ll see a bit more fallout yet. 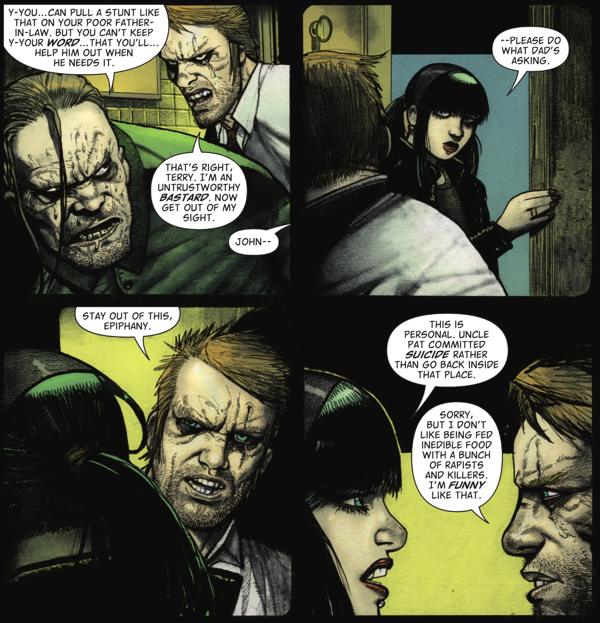 A weirdly quick and strange story. 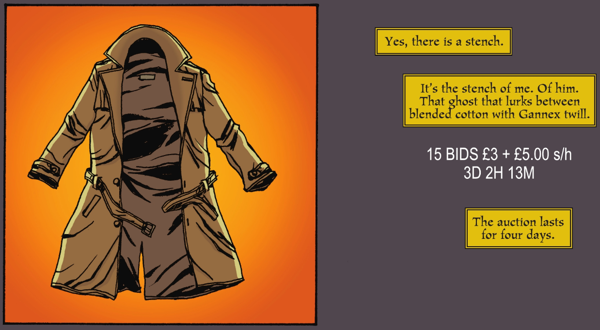 Point of view: coat. All righty then.

That will certainly go well for him…

Another Season in Hell 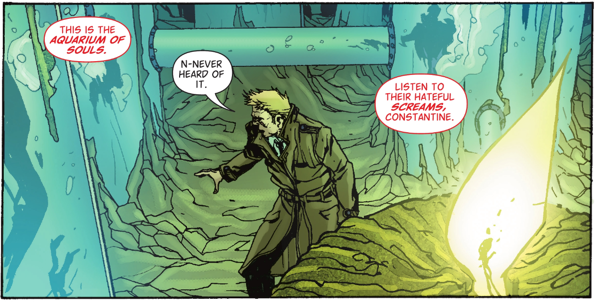 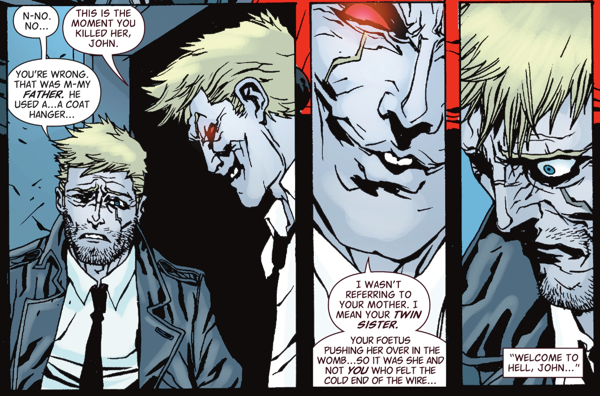 I thought a brother? 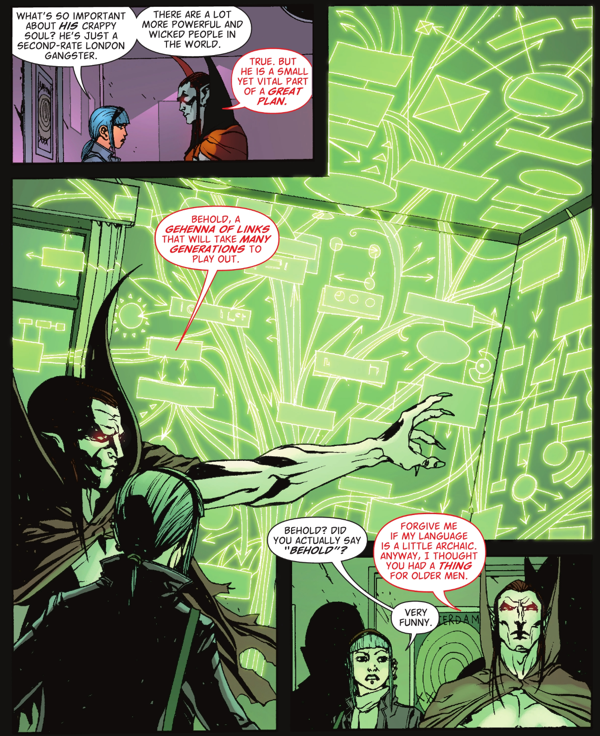 Man Constantine messes up those around him. At least he finally did some goodish helping his sister leave hell? Ish. M