That’s a strange book. It’s one part historical novel–detailing the development, usage, and aftermath of the nuclear weapons detonated over Hiroshima and Nagasaki at the end of World War II–one part technical manual–very roughly detailing the physics and engineering behind early nuclear weapons–and one part children’s book–many scenes involve Fritz, the talking (and super fast) dove. We’ll come back to that.

Historically, it’s a fascinating and terrible story. So many brilliant scientists, engineers, and support staff–all to make a weapon capable of destroying a city and killing tens/hundreds of thousands in moments. Conversely, if they hadn’t–how many would have been lost in a land invasion? The point is that there are so very stories to be told around these events and this book does a fascinating job of telling a few of them: Oppenheimer and the scientists working on the bomb; President Truman and the decision to use it; Tibbets, the Enola Gay, and his crew dropping the bomb; Japanese civilians in Hiroshima and Nagasaki; a POW; and the final peace treaty. It’s… quite a lot to put into one book, but for the most part I think it works out pretty well. The variety and contrast between the various points of view is certainly interesting.

From a technical perspective, the first couple of chapters go surprisingly deep into the physics behind the atomic bombs. It’s tonally a bit strange, since the technical aspects are effectively a talking dove explaining physics to a ten year old boy (like I said, I’ll come back to that), but if you take it just as a quick primer? It works. The various diagrams are a nice touch. 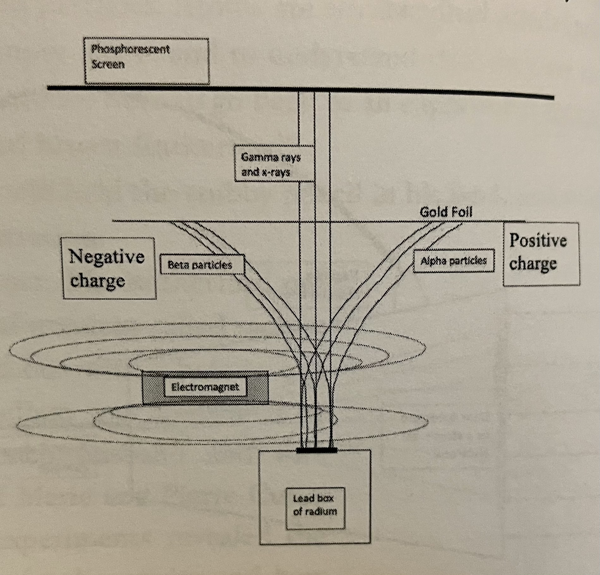 And now, the dove-shaped elephant in the room: Fritz. The entire book is told roughly from his point of view, as he meets up with just about all the aforementioned characters and explains things to/argues with them. He’s met with Einstein and explained relatively to Einstein’s little sister (as we’re reminded several times, it’s another book in the series), he’s flown across the Atlantic with Lindbergh (also another book), inspired the Christmas Truce during World War I, and talked to various world leaders multiple times. Everyone reacts with disbelief at first–a talking dove!–but then quickly gets over it and moves on with the story. We even get a ‘who’s going to believe you’ anyways in text. So it goes.

I think that’s really my biggest problem with the book though (and why I’m probably not the target audience). The physics and the story itself are fascinating and real. So… what’s the point of Fritz? He shows up, talks to people, and then they do what they were going to do (or, it’s history: already did) anyways. So write Fritz out of the story–and I think it would honestly be better. But then it wouldn’t fit quite so well into the ‘Fritz the Talking Dove’ series. I think I may see what my children think about it. I expect that’s why there’s a Fritz.

You get the same with a lot of the characters. We meet Tony and his mother in the first chapter as they accidentally witness the first tests at Los Alamos in what really feels like a way to justify the technical explications and diagrams… and then don’t hear from him again until the very last chapter. On one hand, it ties it all together, on the other hand… why?

“You may, and I’ll tell you. Mom drank herself to death. She was a lifelong alcoholic. Got herself dried out after Dad died. That’s when she got religion. She dragged me into church every night and twice on Sunday. I hated it. I hated the church. I told her I hated God. There was no God. She slapped me for that. Didn’t do any good. I told her nothing she could do would make me believe in God. And why would there be?" Tony looked back at the ruins of the old Industrial Promotion Hall. “Look at that terrible war. Millions of people killed … millions.”

Kids and adults in the crowd were cheering, they were laughing, they were crying. Tony was so overwhelmed by the crowd, by the painful memories he had related to Fritz, and the imposing figure of the Children’s Peace Monument he could no longer contain his emotions. He took off his uniform cap and used it to dry the tears that streamed down his face. He was crying so hard his whole body shook. Fritz perched on his shoulder, pointed a wing at the crowd, and whispered in his ear, “There is God. God is in that crowd, and don’t tell me you don’t see Him. He is in every one of these children. And there on top of that dome stands Sadako. She lives, Tony. Yes, she folded a thousand paper cranes, then she died. But she lives in every heart in every soul in this crowd.”

Overall, it’s a quick read detailing a story everyone really should be at some level familiar with. The writing is a bit overdone at times…

Lightning cracked the dome of black sky and flooded / the desert floor with a silver glow. A single automobile occupied the black ribbon of road winding through the open wilderness. Torrential rain and wind battered the rusty old Chevy two-seat coupe as Alice Crenshaw leaned over the steering wheel and squinted past the windshield wipers slapping rain off the glass at the narrow beams of headlights shining on the wet road. She was driving along Highway 54 from her old apartment in Alamogordo to her mother’s house in Santa Fe with her son Tony asleep in the seat beside her completely unfazed by the lightning and thunder that came with the storm.

…but it’s consistent and I like it well enough.

Overall, I think it’s worth giving it a try.