That’s a few hard hitting stories. Hard Times is about Constantine in prison. Weird art style and hard to read. Good Intentions is the aftermath… people are terrible. Freezes Over it’s a pretty good locked room mystery with just the possibility of something more.

Overall, good but not the best Constantine. Needs more out and out unambiguous supernatural IMO.

Been a while. Came back to…

And all for a story of Constantine in prison royally screwing everyone up before they get to him first.

It only gets crazier from there. 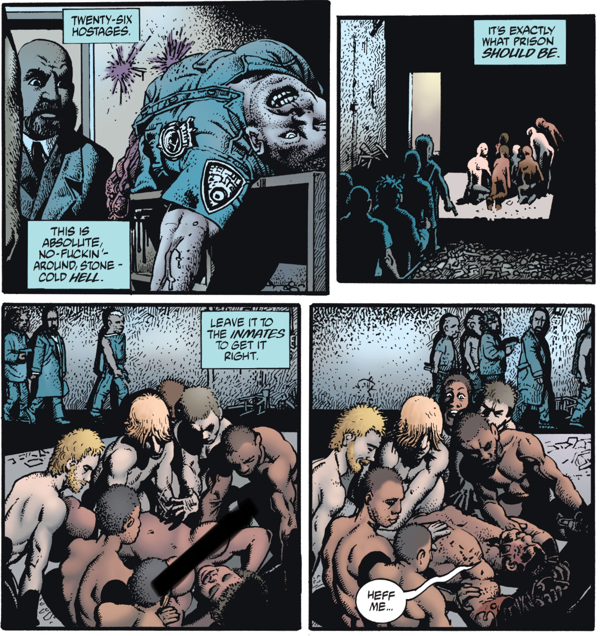 And all because he wouldn’t kill a friend. More of an acquaintance really.

Quite a story. Five parts and I’m still not sure of I actually liked it or not. Which I suppose is a good sign. 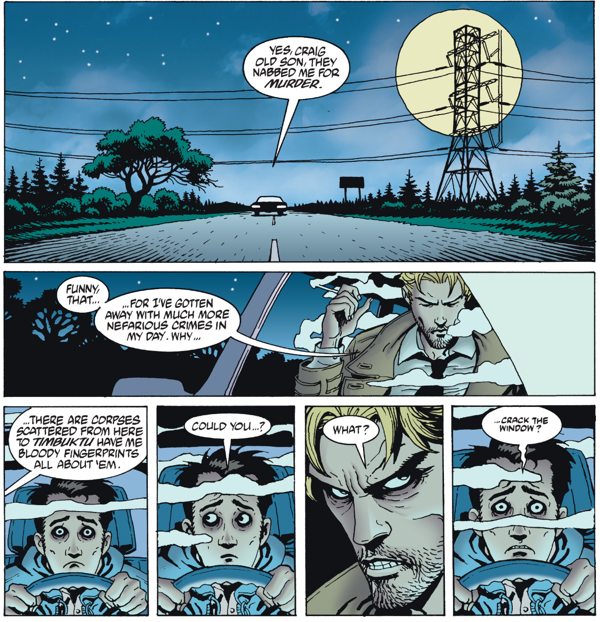 Same story, rather different art. Poor guy, trying to do a good deed… and he gets stuck work Constantine in a pissy mood.

Better than the second car at least…

And so on it goes, eventually hinting into the supernatural. 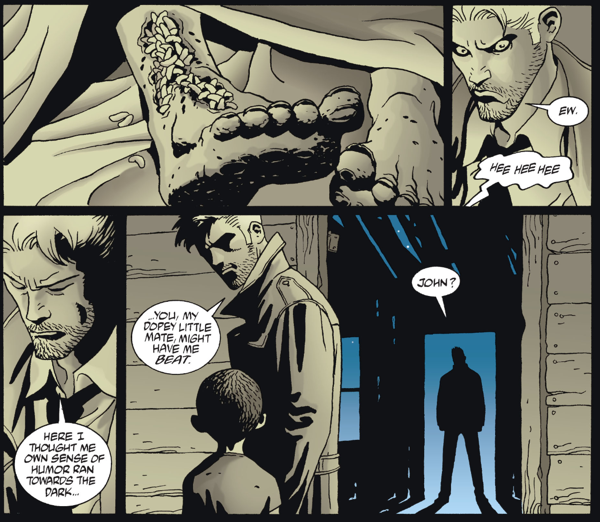 And in the end, it is people that are the worst.

Quick interlude with my favorite art style of the volume so far. 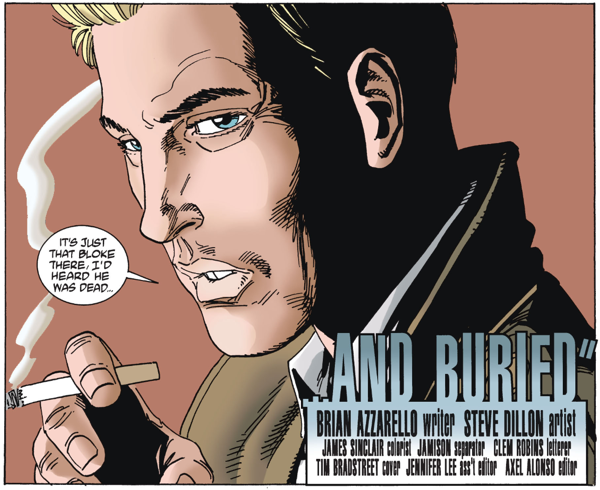 The overall styles of the others have been good, but the Constantines just aren’t quite ‘right’. 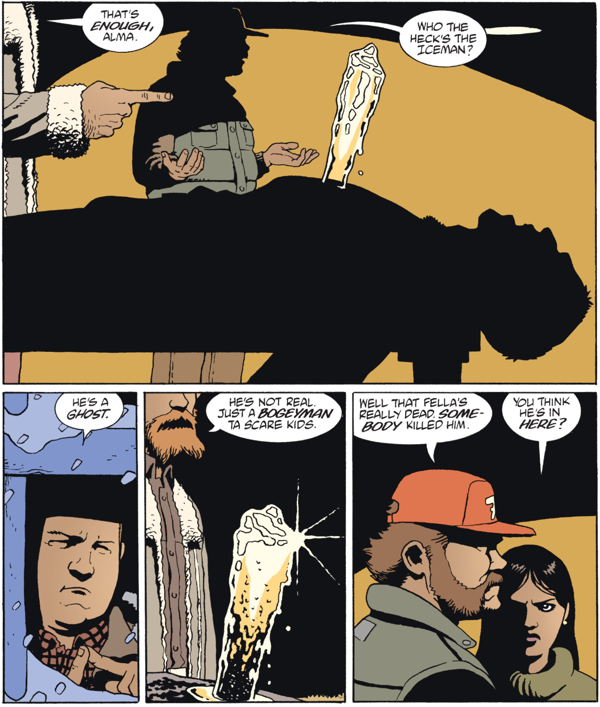 Ooh. Now the guess, given that this is Constantine… is it a supernatural beastie or is one of them the murderer… 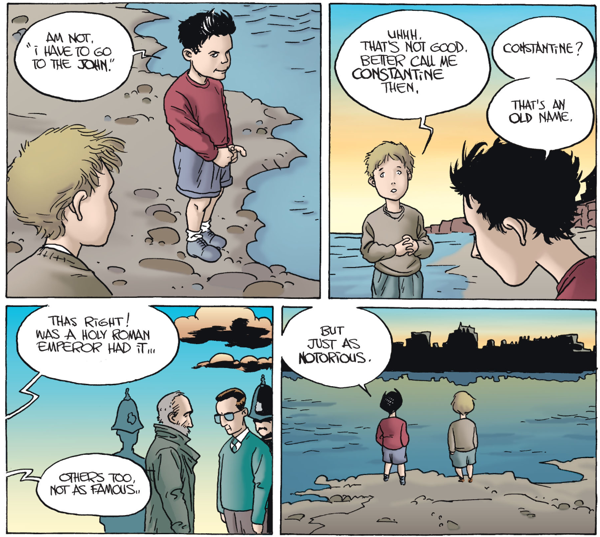 Or an ending. Odd at that.