Three multiple parters? No single issues? Sweet. Up the Down Staircase want my favorite, but both How to Play with Fire and Son of Man were excellent.

Up the Down Staircase

Memes? I feel like I missed something. Interesting character development, but no real pay off. 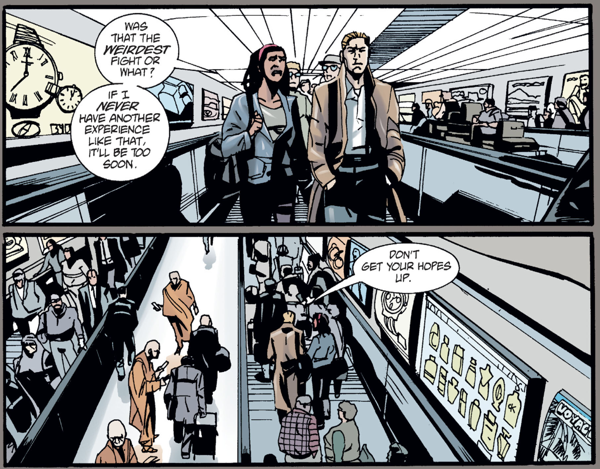 You are dating the wrong man.

Other than that, we have a fairly standard meet the family type scene. Until, Constantine style, it’s not. 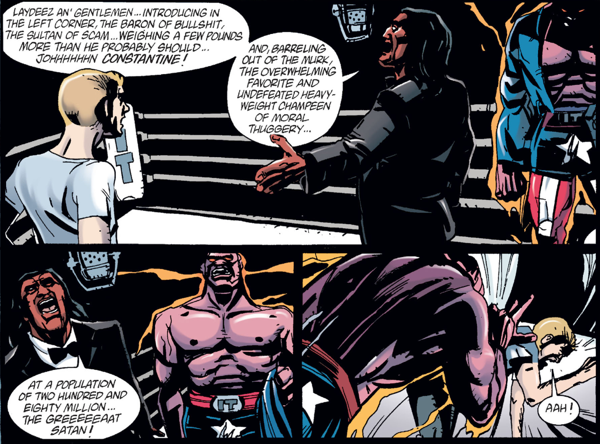 Can’t catch a break, even in the TV. Interesting to try to play a game with an immortal… when you don’t even know the rules. 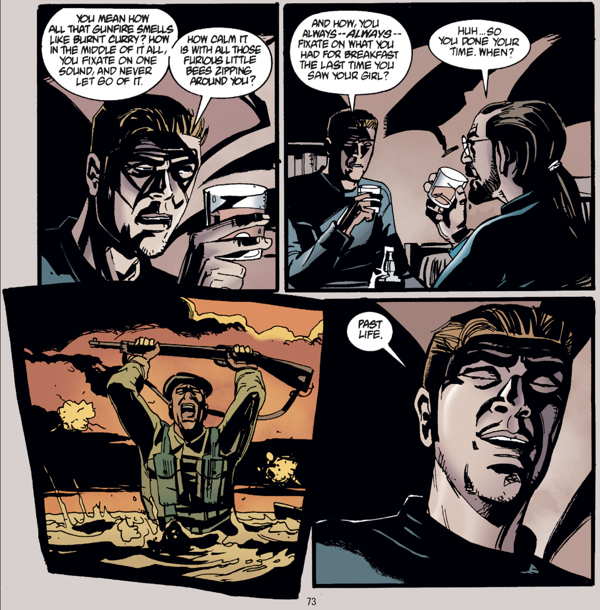 Come to think of it.

There’s apparently stories of this having really happened! From a 1904 source.

How to Play with Fire

Now that’s Constantine. Everything coming back to haunt him and him more or less making it our in one piece.

Part One: Blowing on the Embers 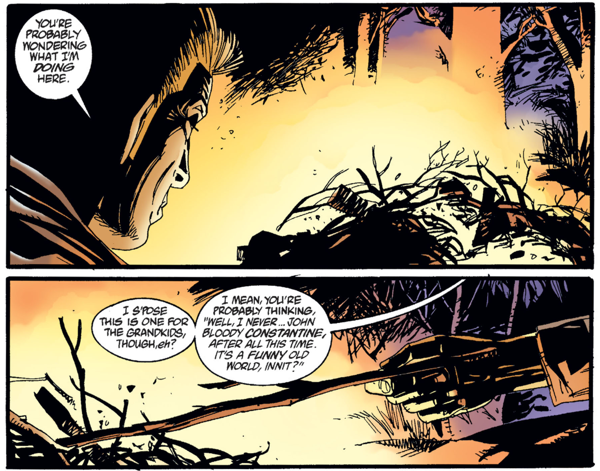 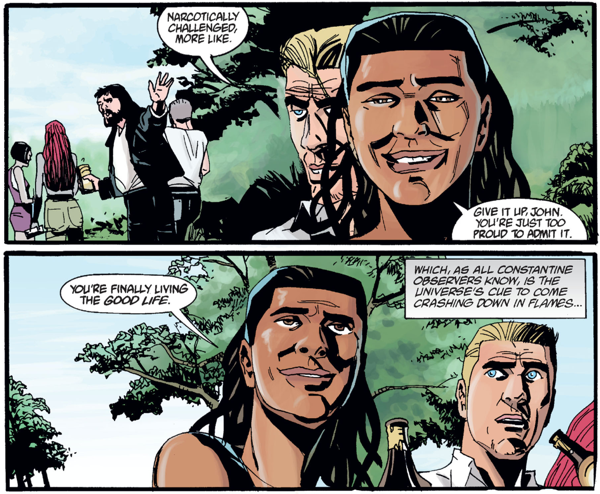 She’s not wrong though. 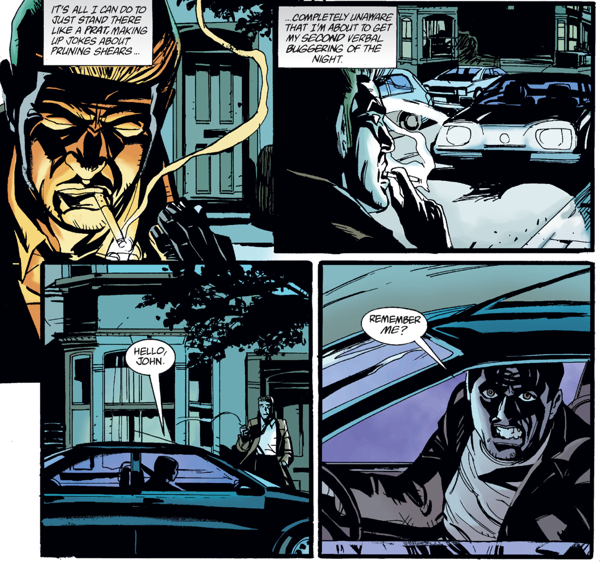 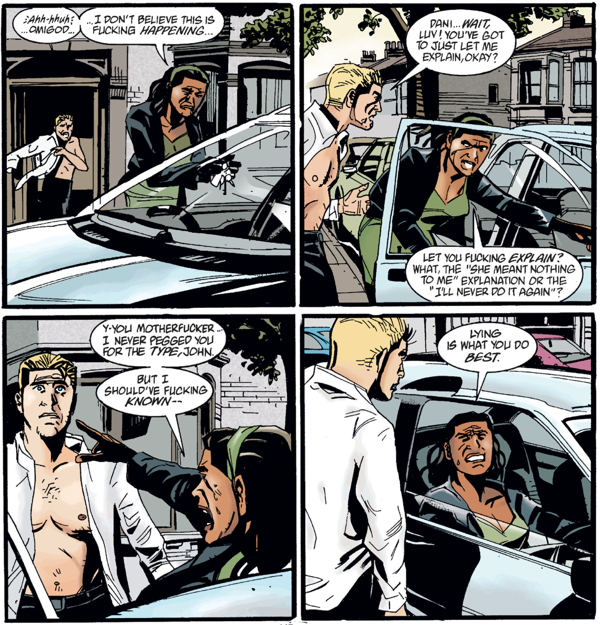 Part Three: Burning Down the House

Such twisty allegiances. I love it.

Part Four: Sifting Through the Ashes 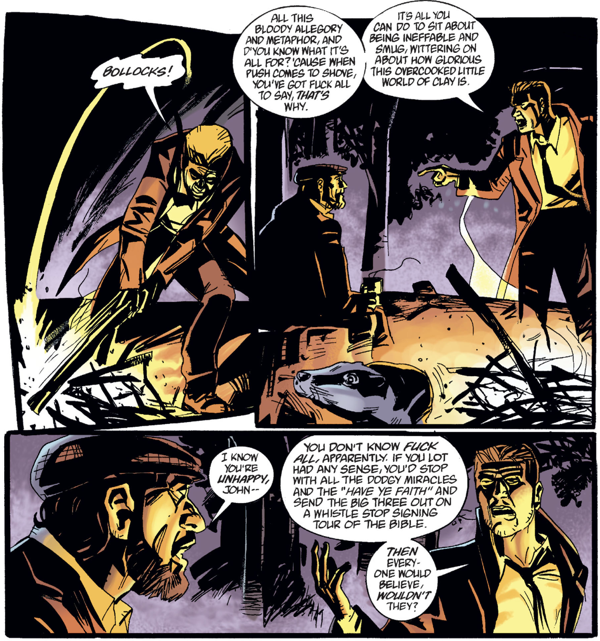 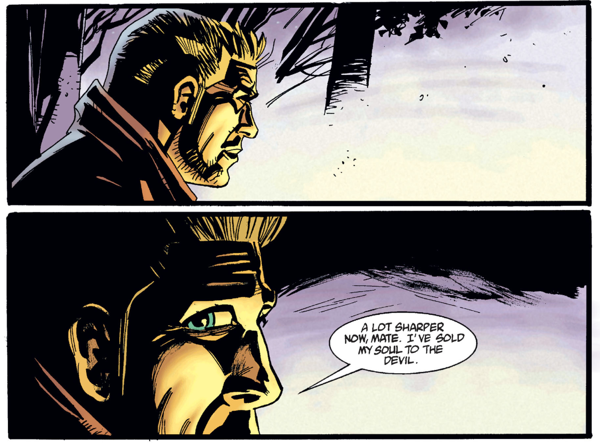 I’d be more concerned if he hasn’t done that before. More than once. 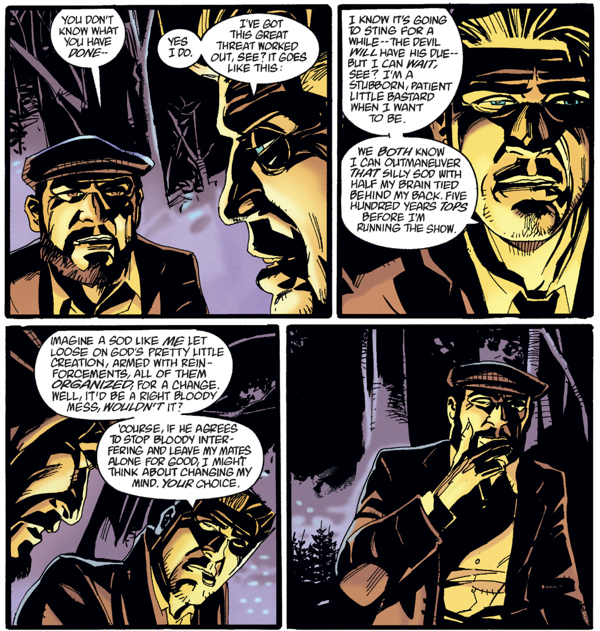 Lol. That is all.

Well that was twisted. A great build up, an exploration of Constantine and Chas, and an especially gross and straight up evil baddie. Unfortunately someone of a weak ending.

The art changes can be really strange at times. Their relationship though: 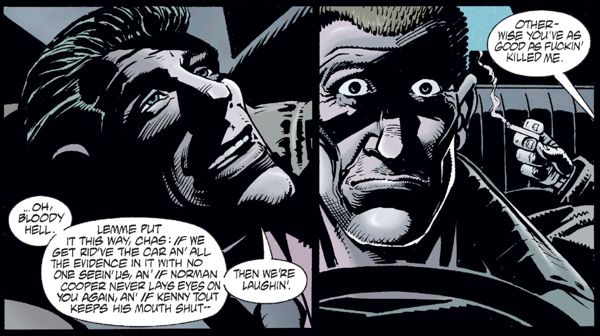 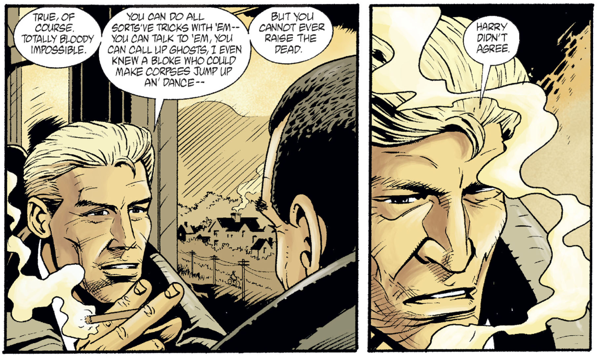 Ah. Interesting how that often seems to be the one impossible thing. 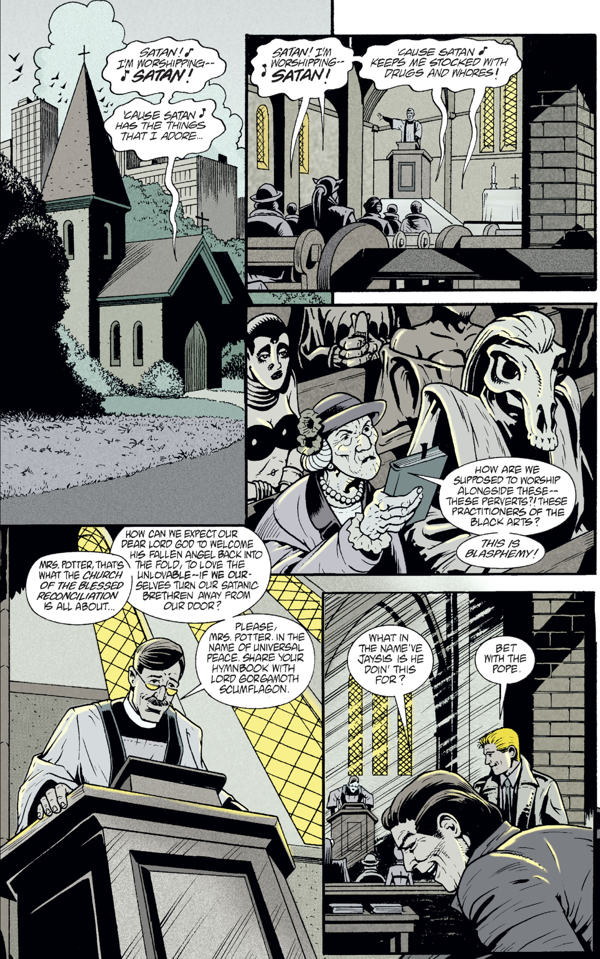 That’s a fascinating concept. Build a whole book on that. 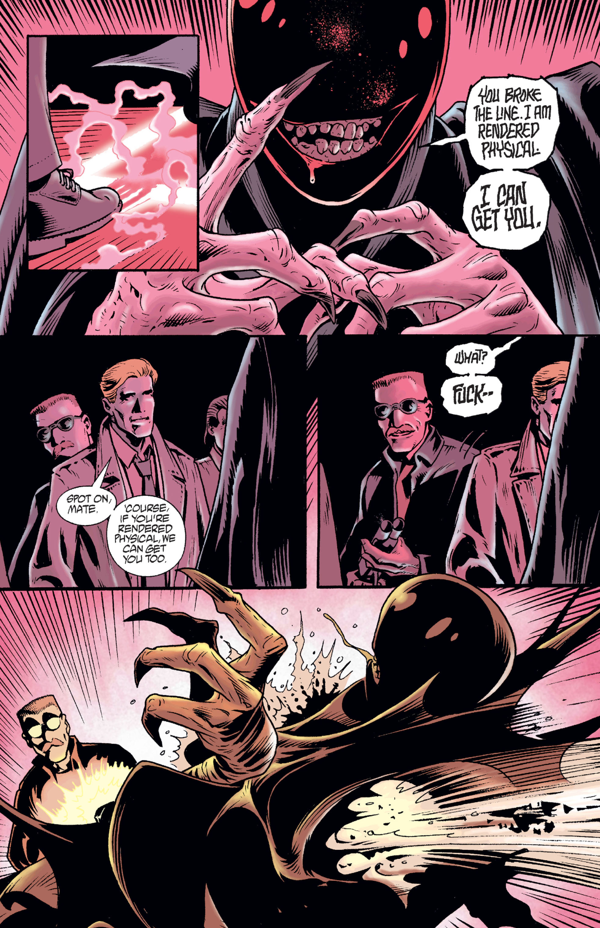 All leading up to what Constantine actually did. Oy. 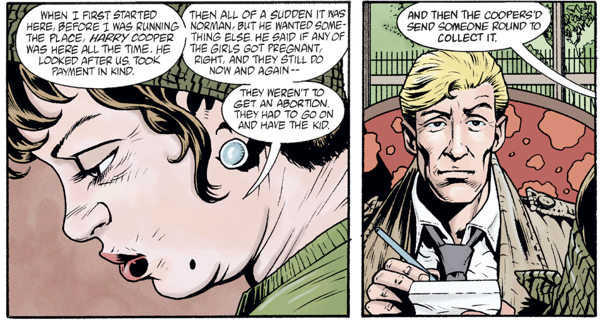 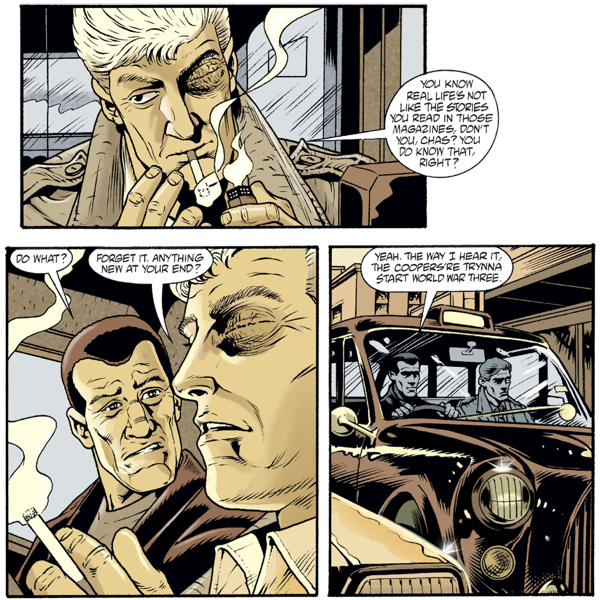 Ironic, considering. He totally deserved the shiner though.

Such an insanely twisted villain. 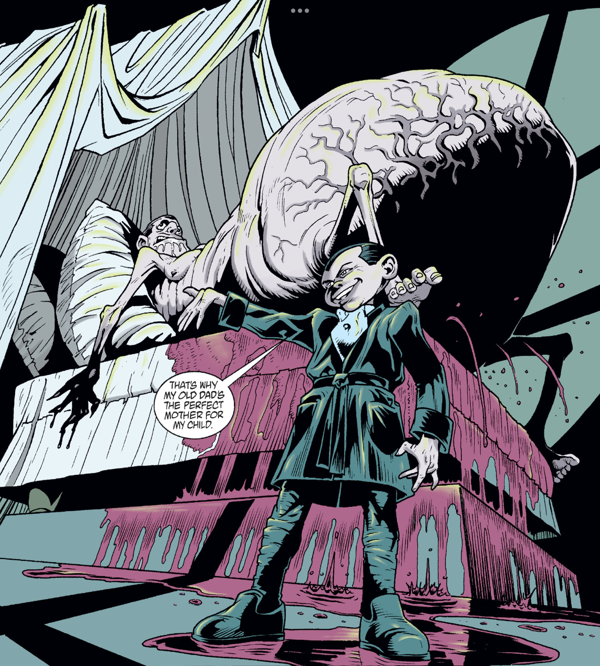 With such a plan. 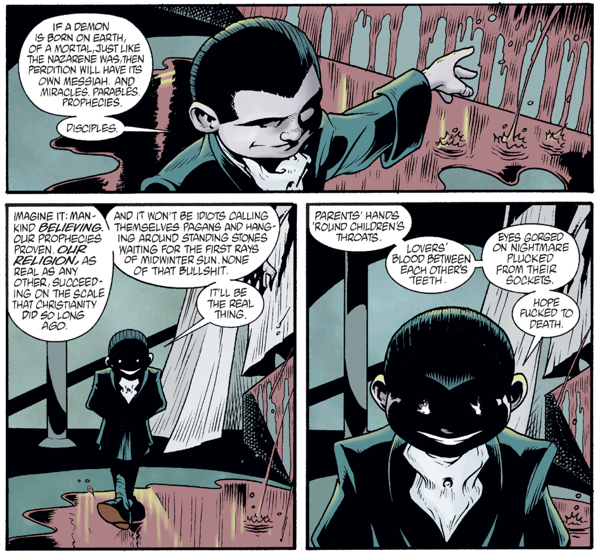