A solid one. Big stories are interesting, little ones are touching_weird_sweet, and Constantine’s got some new people and problems to deal with. Nothing too surreal either, which I appreciate.

Days of Wine and Roses 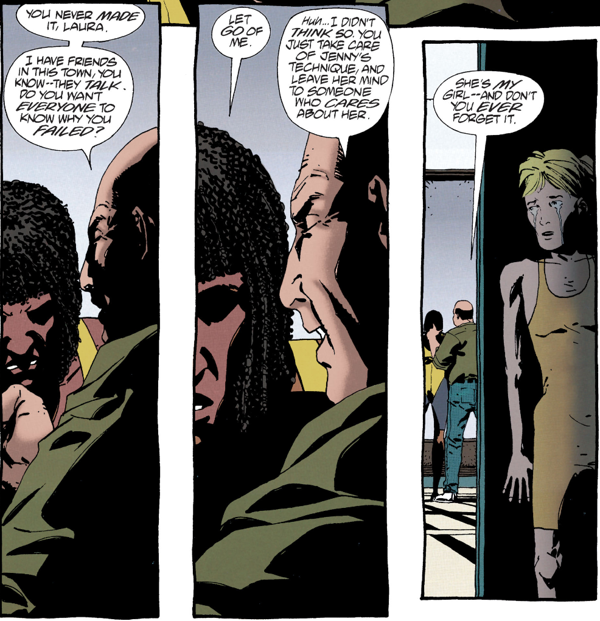 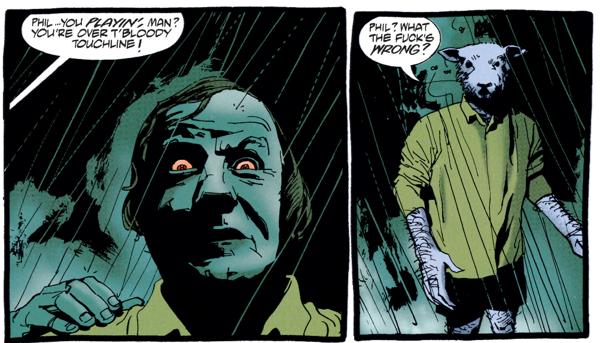 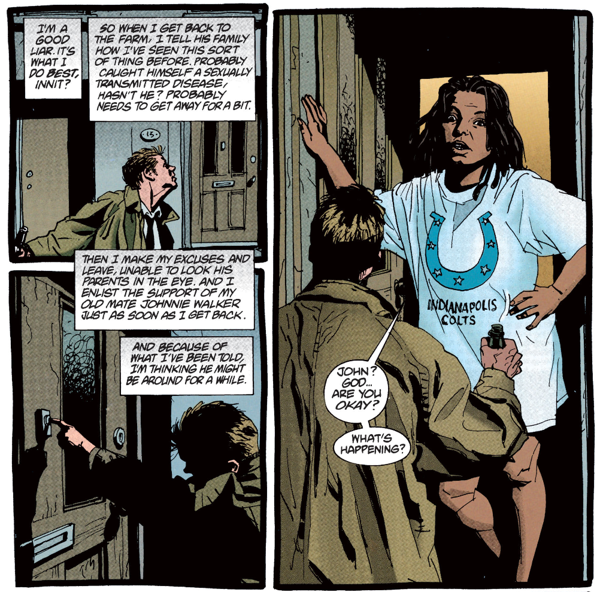 Argue and his men as ancient immortals? Merlin as a dragon? Sign me up!

Painting God as imperfect and screwed up as the rest of us is controversial to say the least, but I find the idea fascinating. And it seems that the authors of Hellblazer tend to agree. 😆

Part One: a Different Kind of Tension 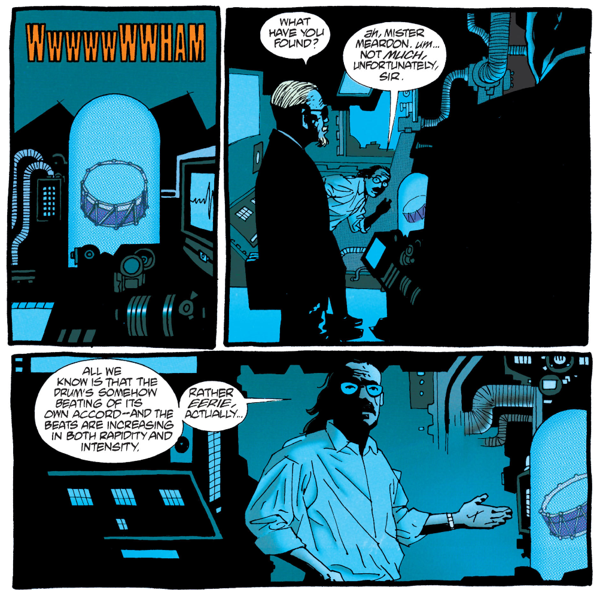 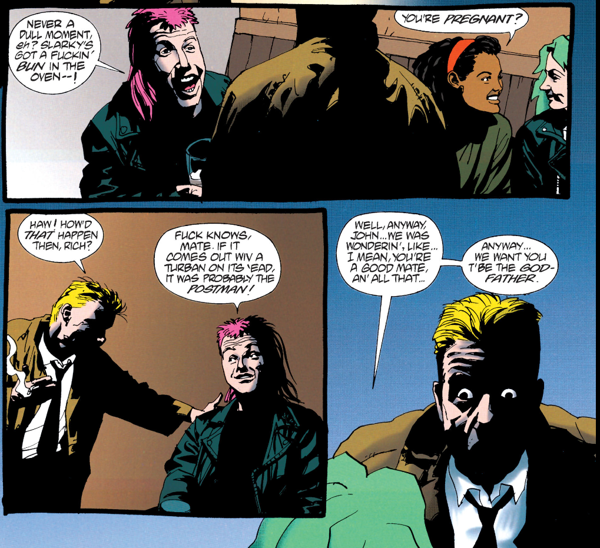 But which is the actual plot? 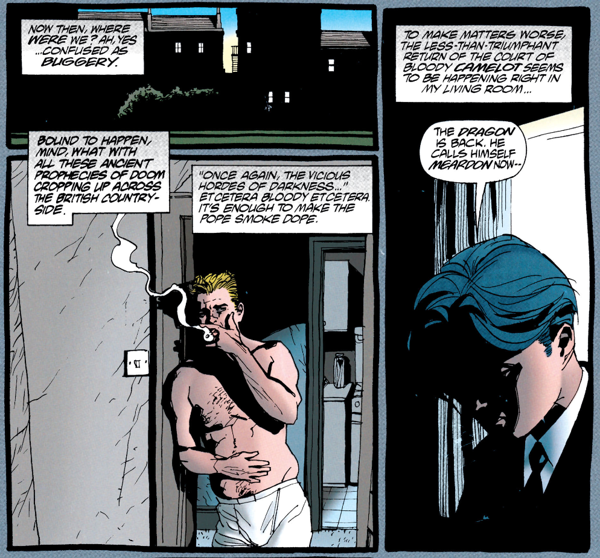 Constantine really does seem to get right in the middle of things. 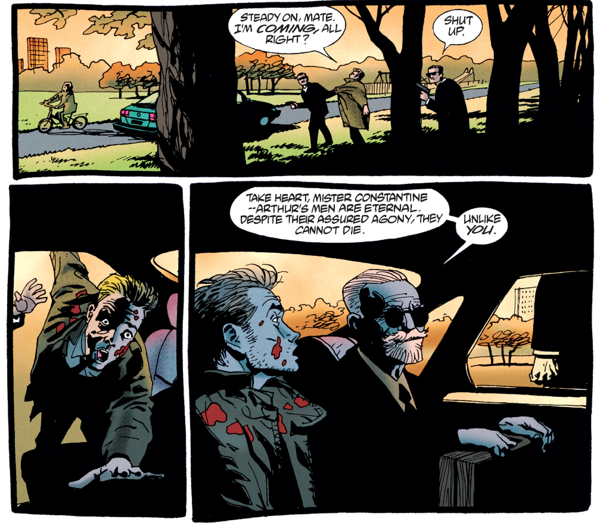 Old beings fighting is a neat trope though. And it’s not angels and demons this time! (Or is it…)

Especially given that they were apparently there almost at Creation and the Grail is involved. The latter is Arthurian I suppose. 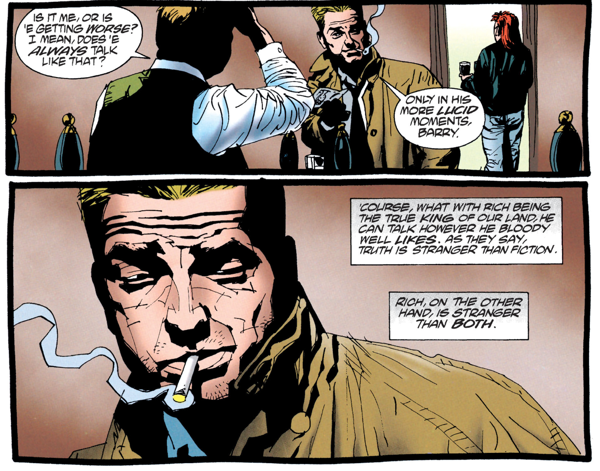 Which then tends to go rather sideways: 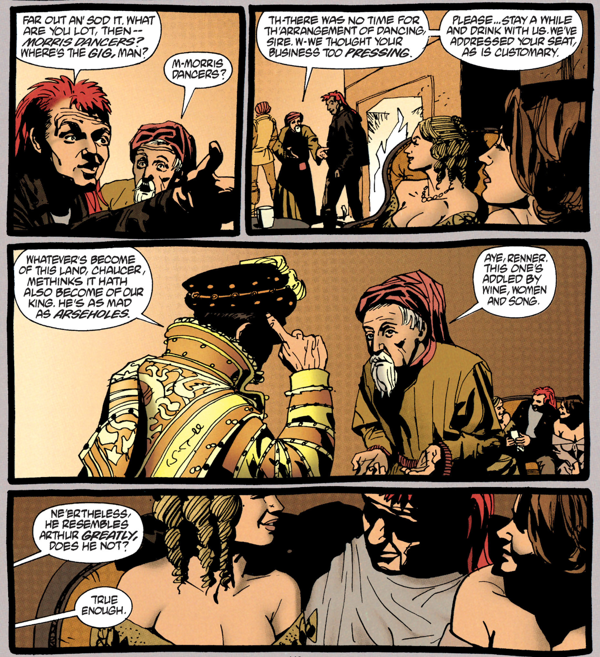 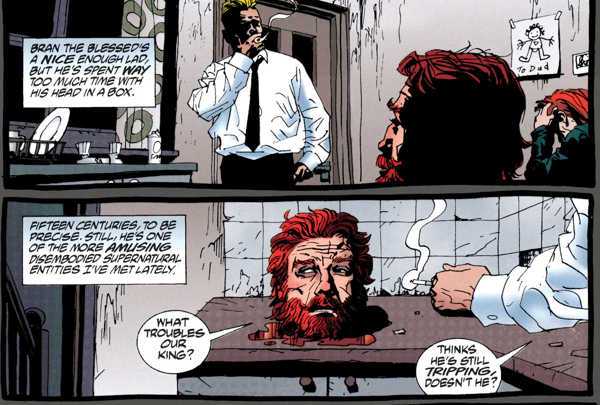 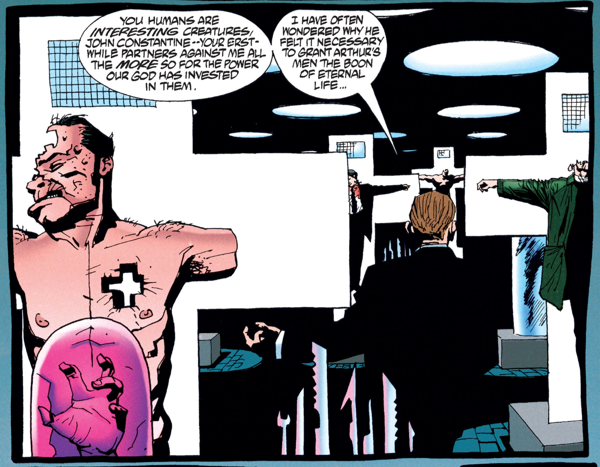 I love this. There’s just so much you could do with this version of Arthur. And I bet it is only a short run. Still cool.

Part Five: No One is Innocent

A few pages of all the crazy terrible things Constantine has been through / mostly brought on himself. Oy. 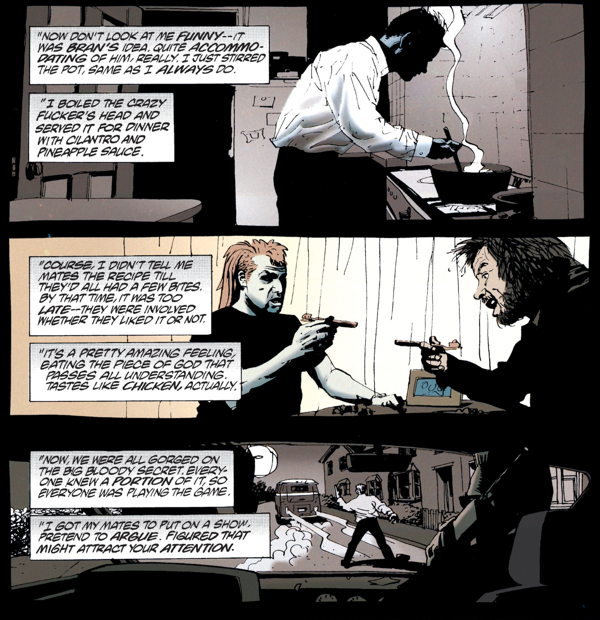 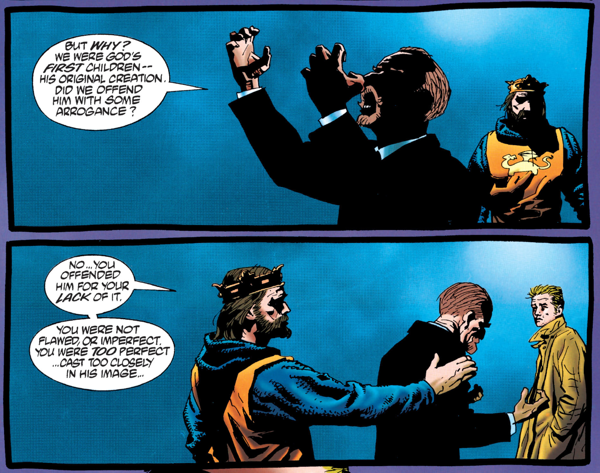 In the Red Corner 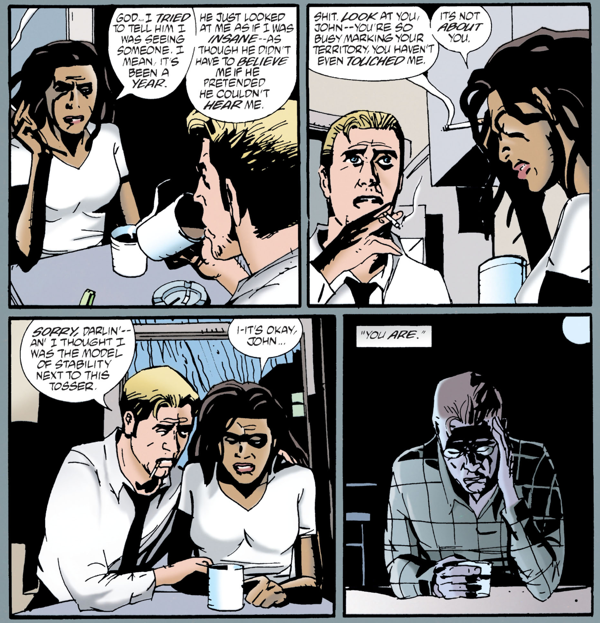 Gets much weirder before it’s done though. 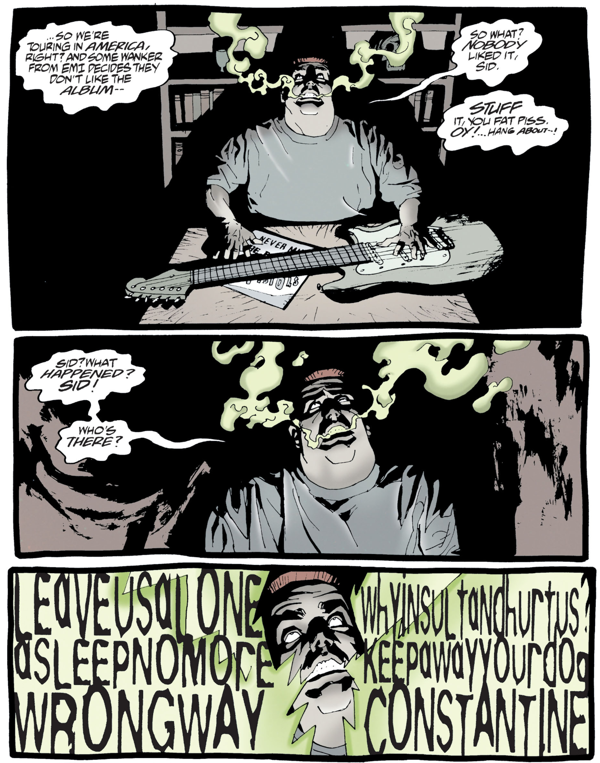 He’s back! And so is ghostly trouble. 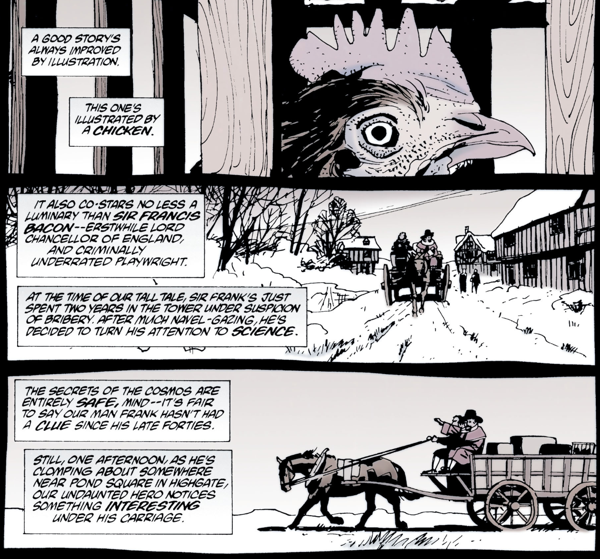 The final connection to the opening running scenes and the title though… worth it.

Life and Death and Taxis

Betty and a baby. Birth and death. 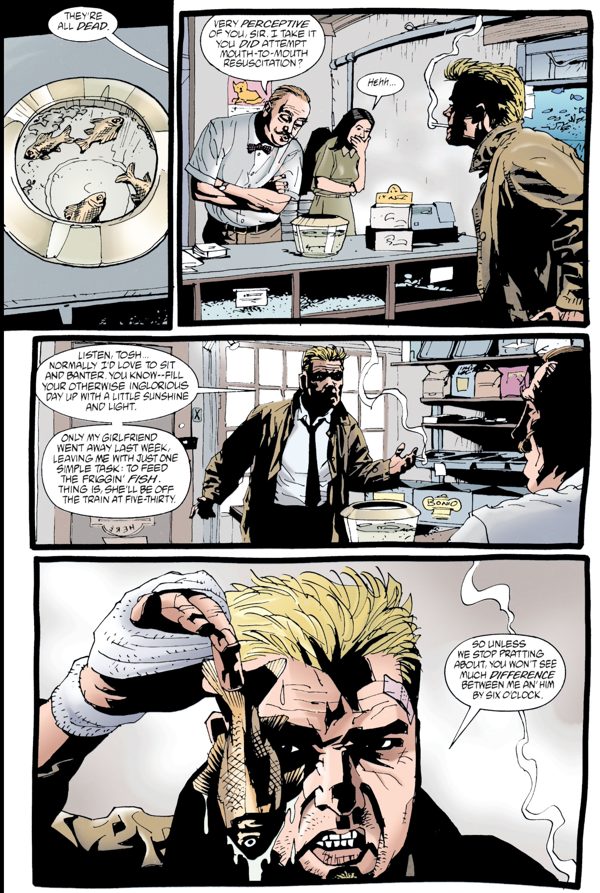 Sometimes, they they just can’t be saved. 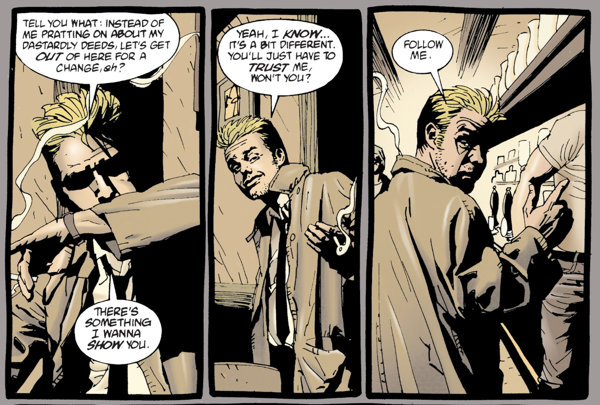 A fascinating story structure. And a nice place for a cameo too: 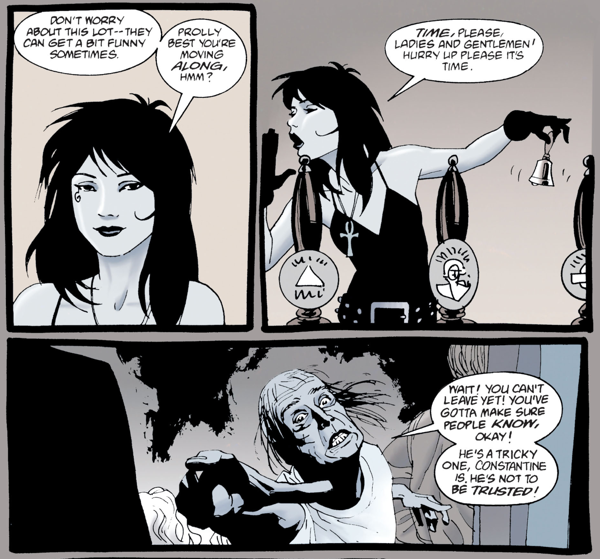 A neat one to end on.