Weird, slow, and dark at first but then we get the Deadly Habits storyline. That’s one of the core Constantine storylines so far as I know and for good reason.

Oh Constantine. What is going on with you. Dark and depressing and little happening. Sets up a story I suppose. 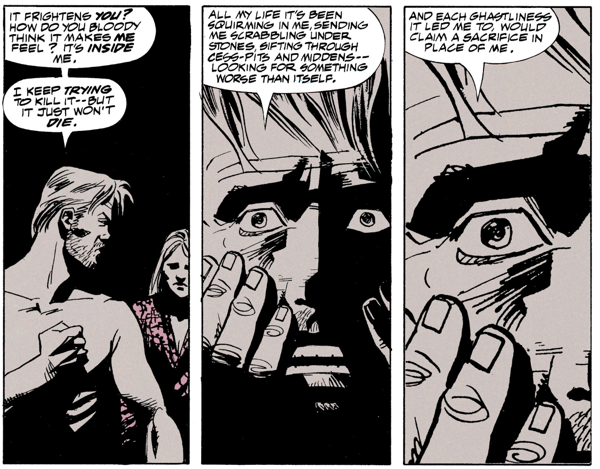 That’s a great issue. Took me a bit to realize it was typing Constantine. So he’s always been … a little different. 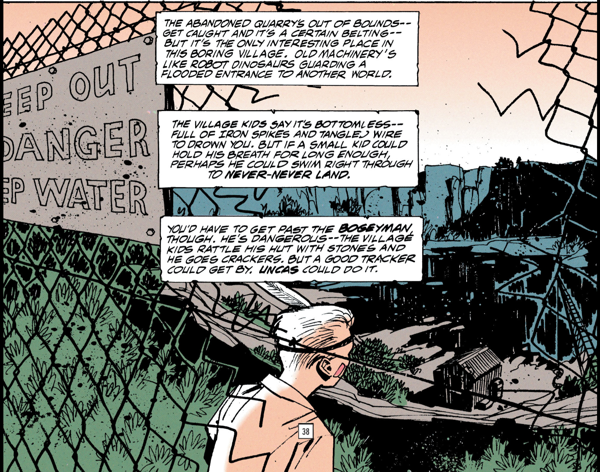 Interesting how stories grow. An old man with likely mental issues living alone in the quarry to the Boogeyman .

But the very worst thing is—once you know it—you’re a Boogeyman too.

To paraphrase the Bard: 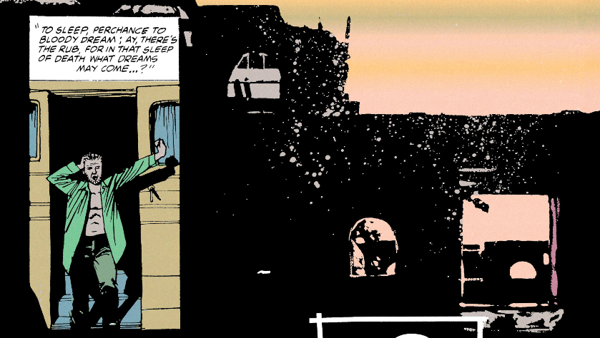 So it’d going to be one of those weird, psychedelic, out of body stories then? 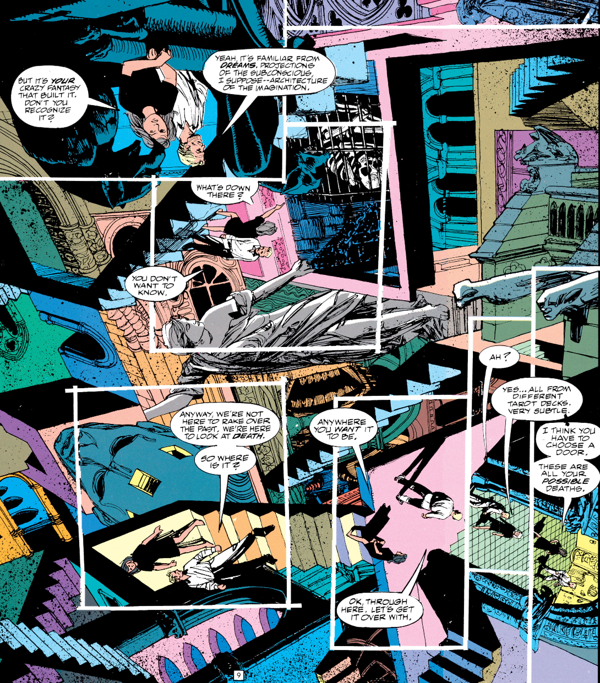 Visually fascinating at least. Dark echoes of a Christmas Story. A future now less than a decade away. 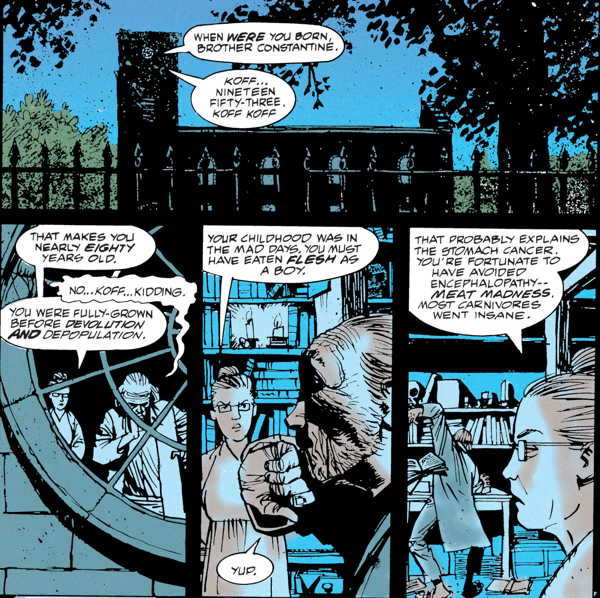 The dream ones are always weird.

An introduction to Martin—and a bloody disgusting one at that. And that’s before you even get to the butchery.

Wow. An overly manly man butcher dad and his disappointment in a more humane sin—and Mercury has gotten herald, Marj, and Constantine brown down right on their doorstep.

Butchery (of pigs) and brutal people. A fascinating part one.

Bloody hazing and Mercury to save the day. 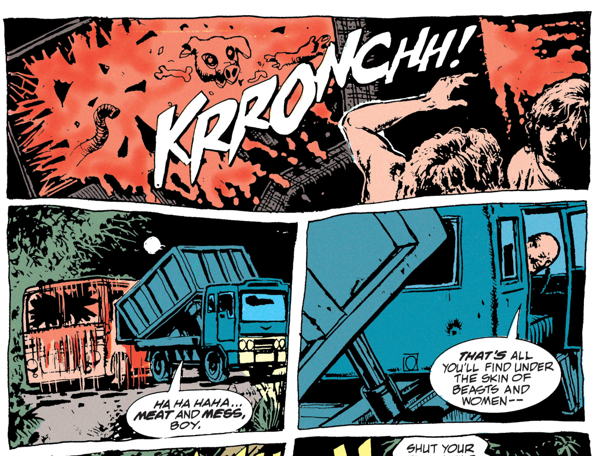 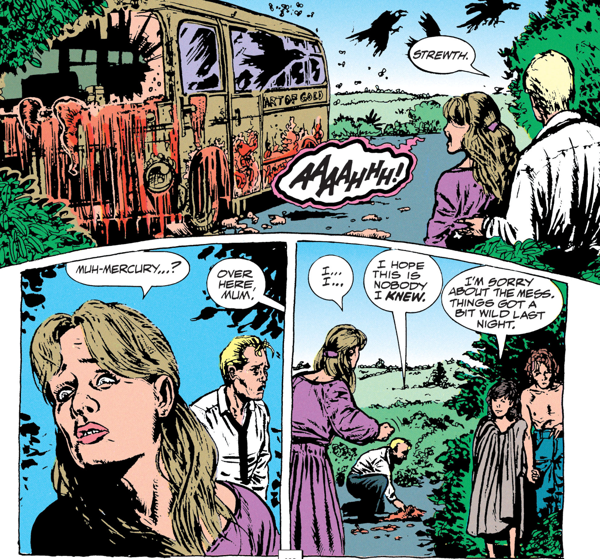 Yeah okay. Literally snickered at that one.

The Hanged Man / The Magus 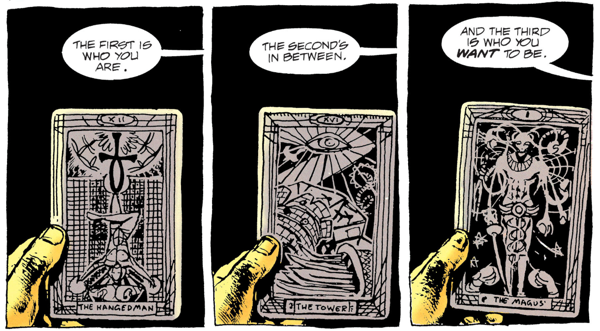 Tarot in a world with Power. I haven’t quite got an feel for this version of Zed versus the movie or TV show ones. 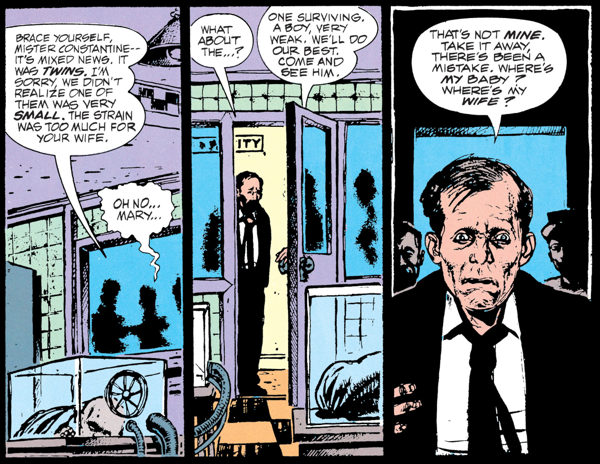 And now we know what Mercury meant about killing his brother. Oy. Dark that.

And then a story of what might have been. It’s an interesting story, but I’m not sure we’ve quite earned it having just learned about the brother. 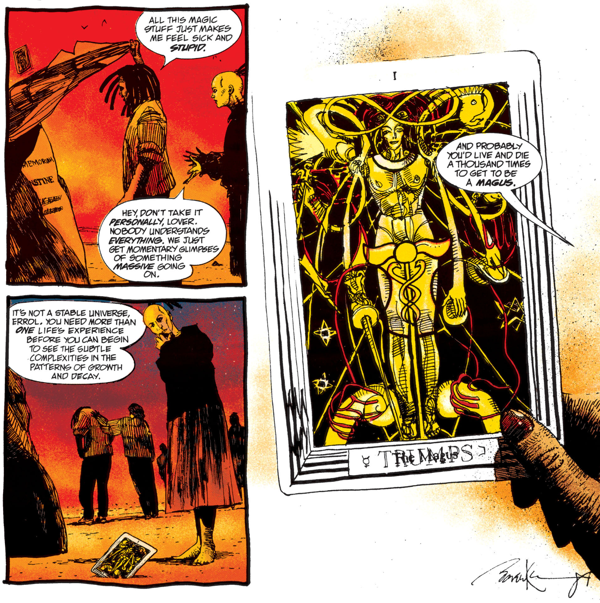 Such a weird yet fascinating universe.

Ah. Here begins the cancer storyline. I didn’t think that was solely a movie creation.

The Beginning of the End 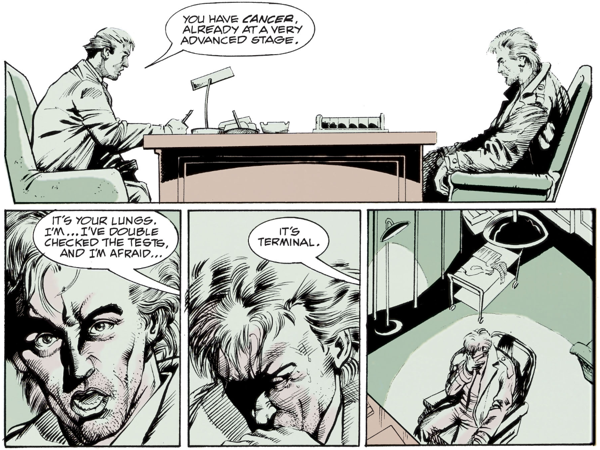 All the crazy things he’s done, and it will be came to kill him? I expect not. But how?

A Drop of the Hard Stuff 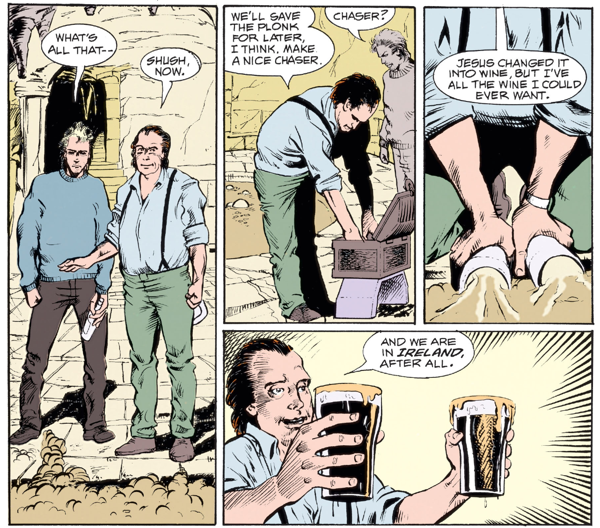 Yeah okay. It’s a silly scene and his friend is certainly well into drinking himself to death. But that’s hilarious.

Of course… it’s not long to last. 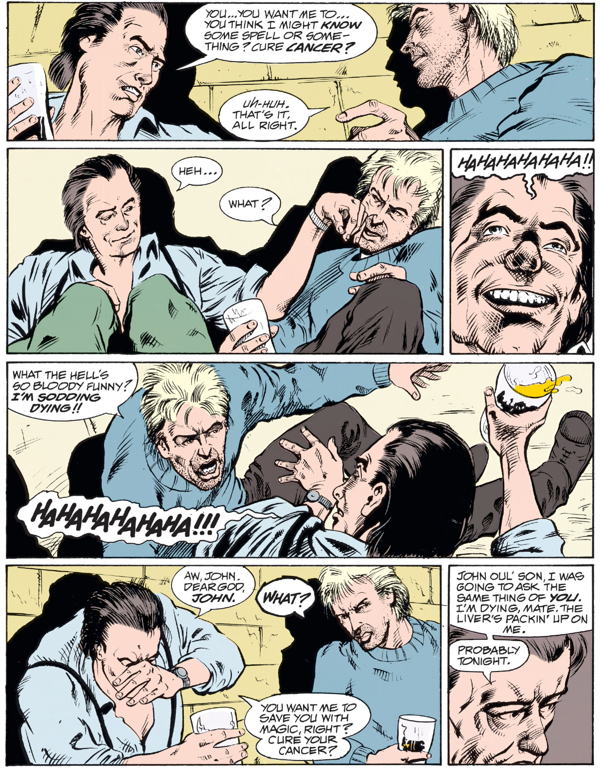 Yeah… Interesting way to go, but if you’re doomed anyways I suppose. And it gets better! 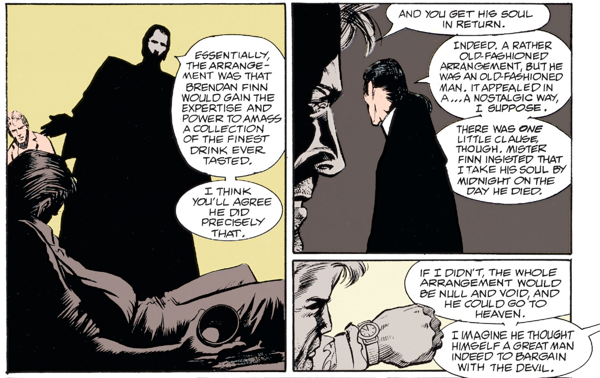 A wonderful twist. And a chance for Constantine? 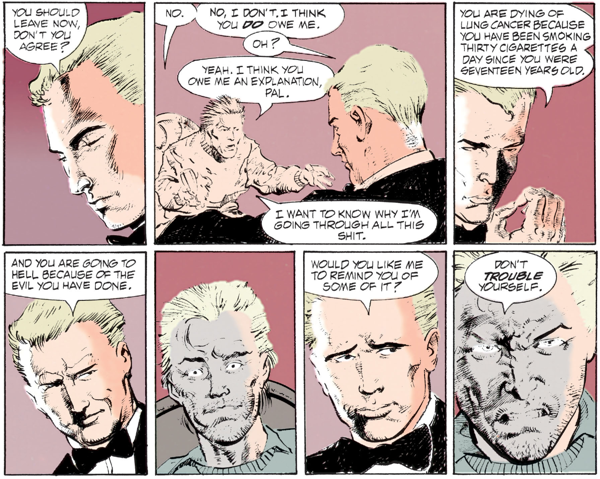 Gabriel. Which of course goes purely.

A who’s who of meeting up and saying goodbye. Constantine style. Before one (hopefully not) last trick.

And there it is. Oh boy. That’s a delightful trick. Not likely to work more than once, but once is enough… 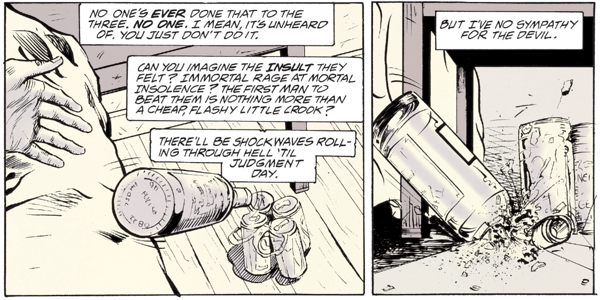 One heck of a story.