There’s a lot of interesting world building in this one, from a mask inhabited by a Sith Ghost (more or less; something we could use more of now that we know how often the Jedi do this), portals to a possible world beyond death, more hunting down Jedi, and Vader’s fortress–which I barely remember as a thing anyways.

It’s a solid volume, but not quite up to the level as what came before. Still worth a read.

Pretty (and not so pretty) pictures (potential spoilers): 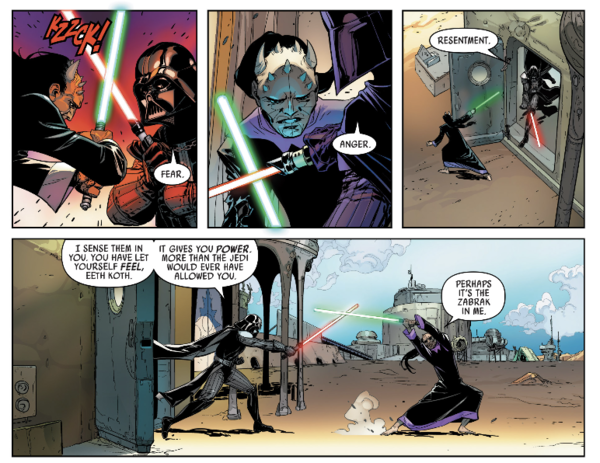 Killing babies? In case you weren’t sure these were the bad guys… 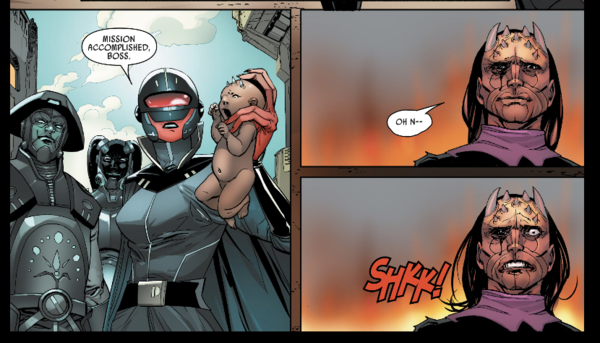 Yeah, okay. The whole cursed mask thing is done a lot in fantasy genres, so it totally works in Star Wars… 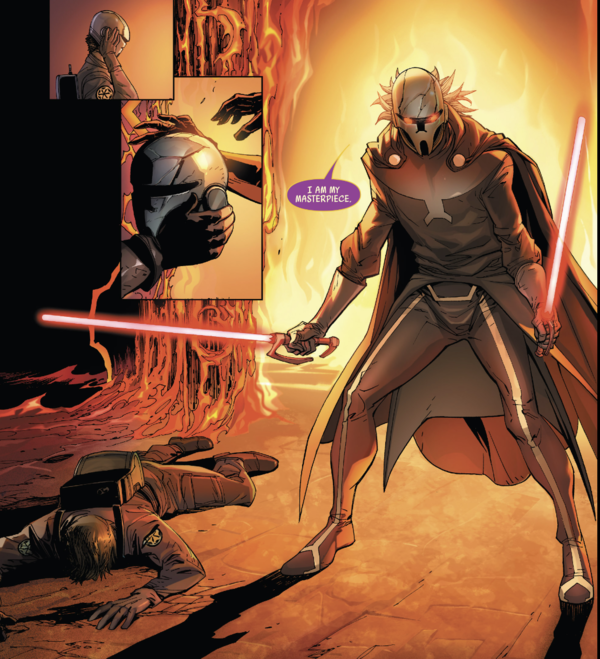 Also creepy. And amusing that an old Sith thinks the current Sith are obsessed with the Jedi. On one hand, true. On the other hand, I suppose they’ve solved that problem for the time being. 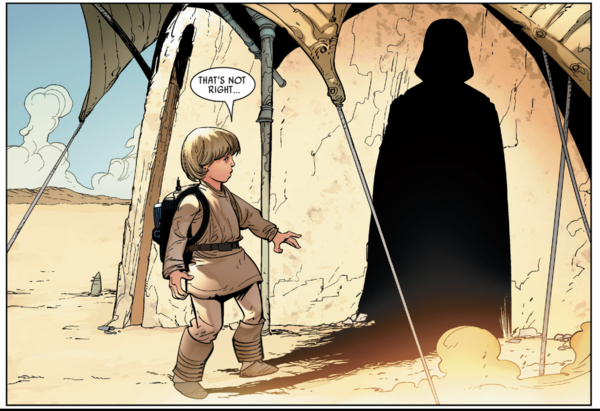 You know, that was probably the best thing to come out of the entire prequel trilogy: that one image. It’s pretty cool to get a callback now.