Well that’s a fascinating addition. It takes what we’ve already been seeing– Vader solidifying his power in the time between Revenge of the Sith and A New Hope–and takes us to the Mon Cala system, home of Admiral Ackbar. And yes, it is in fact a trap.

It’s a fascinating way to expand a bit of the Star Wars universe I at least didn’t know much about, getting a bit of the tension between two different intelligent life forms on one planet (which I suppose we’ve also seen on Naboo) and fleshing out a race we’ve only seen a little about before. All from the point of view of our favorite black suited, heaving breathing menace.

On another note, this also gives us a lot more of Grand Moff Tarkin (I don’t recall if that’s already his rank here or not), which is interesting enough. 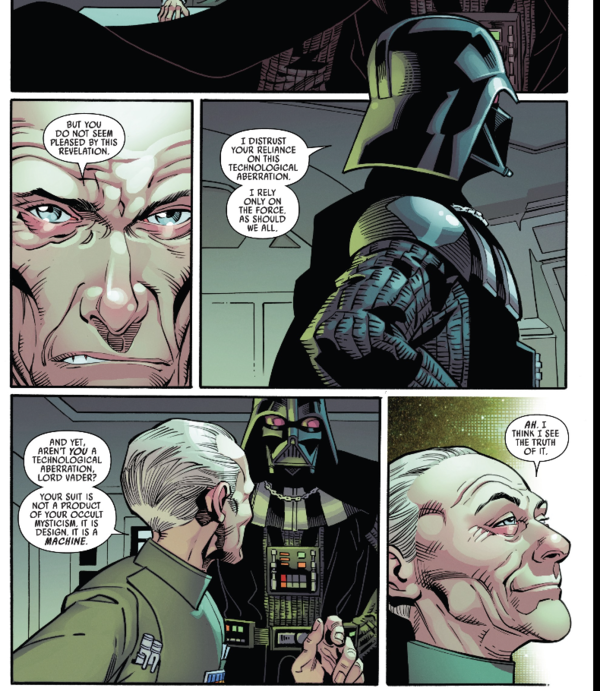 I mean, he has a point there. And it really does drive home that the Empire is just that: an Empire. 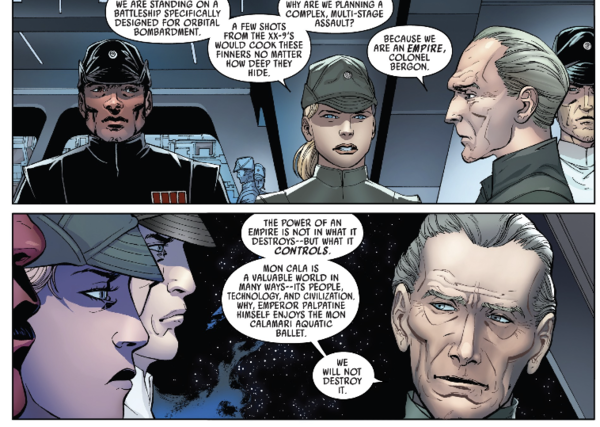 They’re are some that would argue that the Rebellion, no matter how nobly guided, is nothing more than an extremists terrorist group, but really there’s no good side in this war. That’s a side of Star Wars that the movies never really get that far into (which is probably for the best), but also where some of the best stories can be told in my opinion. 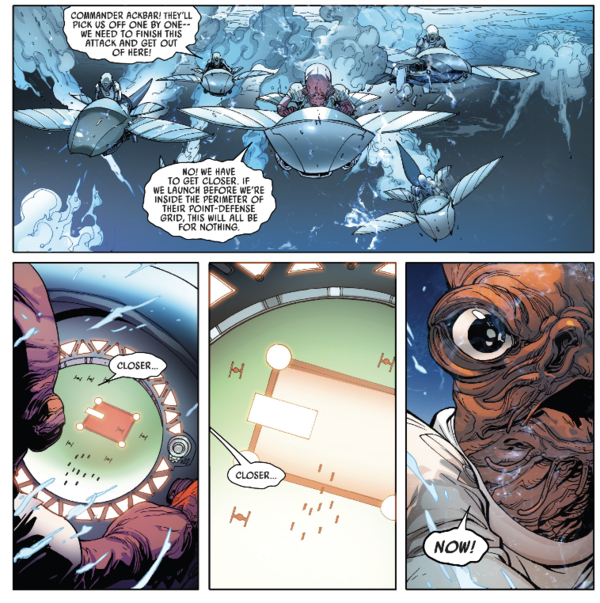 Two intelligence species on an ocean planet? Tell me more> They have wonderfully odd technology.

And then of course… the darker side of Vader. Oh goodness. 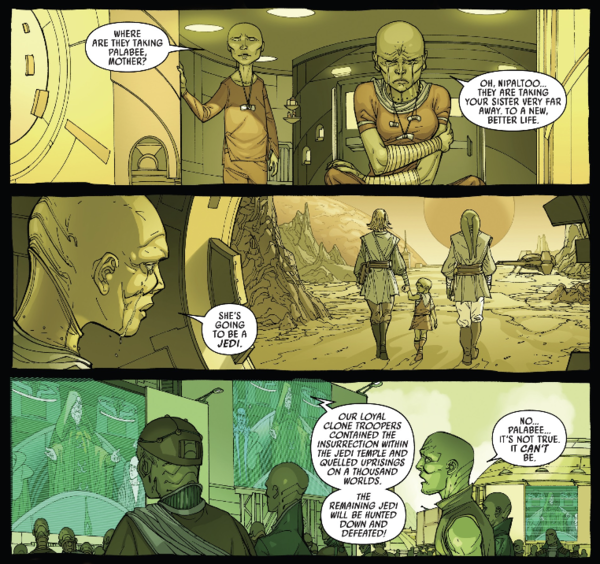