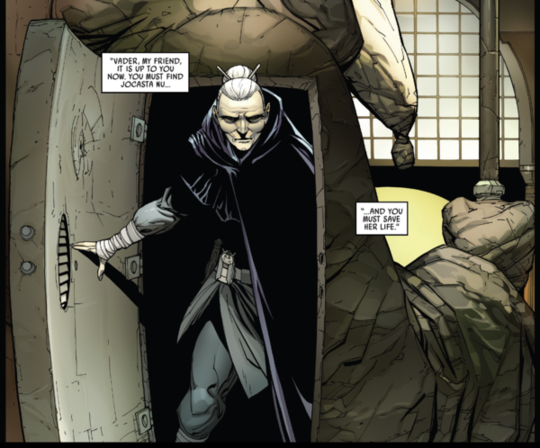 There’s more to it than that of course, but the idea that the Emperor has ordered Vader to protect a Jedi (at least for the time being) is an interesting twist. Especially when not everyone can even tell the difference between the Jedi (who they were just ordered to exterminate) and … Vader himself.

We also get the (re-)introduction of the Inquisitors. Other dark Jedi / Sith- wannabees.

It’s … kind of the same plot as last time, with a number of wildly outclassed foes for Vader’s position, but we’ll give it a chance.

Especially with scenes like that. Sympathy for Vader. Who would have thought…

It’s a neat–if sad–story. We’ve already seen the story of the fall of the Republic and the Jedi and we know that it’s going to take years to start to turn around. But there are so very many stories yet to be told there. Let’s see where it goes from here!