Okay, now this went a bit sideways. Forget the Emperor and politicking (more or less). Instead, get thrown into a rivalry on a mining planet that’s obsessed with etiquette… 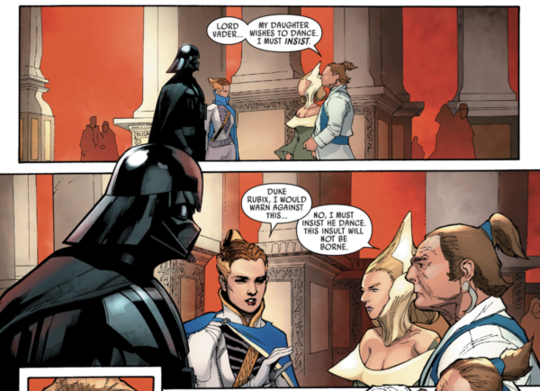 …and watch how Vader deals with the whole mess. Yeah. You can probably guess how well that goes for Vader. And how … less well for everyone else.

One plot point that I haven’t really mentioned is the introduction of a small pile of cybernetically enhanced pseudo-Jedi/Sith. They can fight with lightsabers, but don’t really do the force thing. And it’s hinted at least that they’re potential rivals for Vader’s position as Sith apprentice.

It’s a fascinating parallel, especially given how Vader is as much if not more machine than man… and still a terrifyingly powerful Force user despite/because of it. 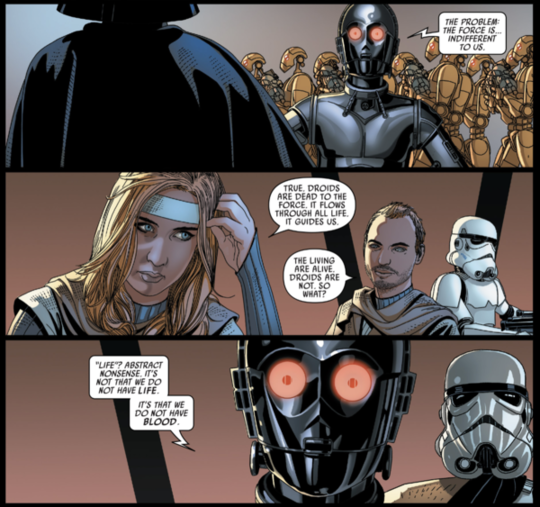 I’m … not sure exactly what to think about that. From the prequels, we have midichlorians–an answer to a question that probably shouldn’t have been answered about how the force works. And Triple-Zero (in his wonderfully creepy way) is right–it’s about blood. Living blood. There’s something interesting there.

Quite a story. Onwards to the conclusion!