Okay, that was wonderful. Starting out, we’re going full out Calvin and Hobbes style: 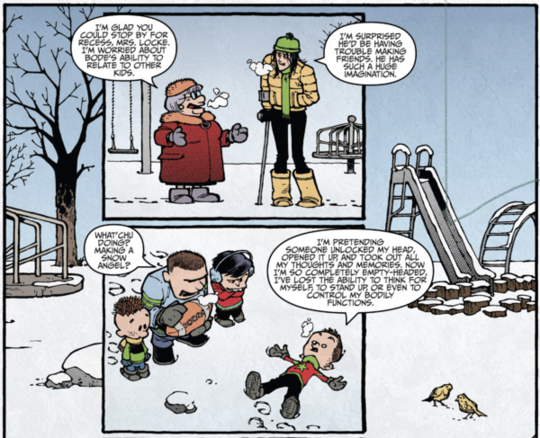 No idea what was going on for a while, but eventually it settles down that this is what Bode’s point of view looks like. He’s a weird kid–but he’s got so very many reasons. His dad, the keys, all of it. And you know what… weird can be awesome! 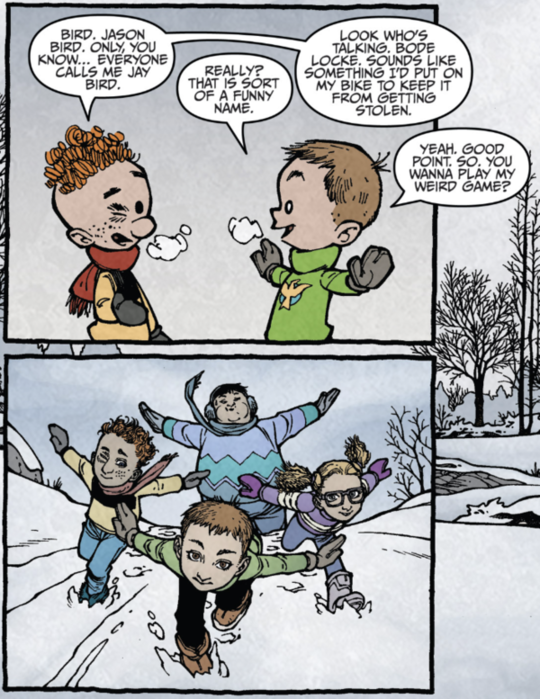 Until of course you realize that all of this mess–Bode’s kind of at the middle of it. And he knows it. He’s a kid, but that doesn’t mean he’s not going to do everything he can to do what he can to help. 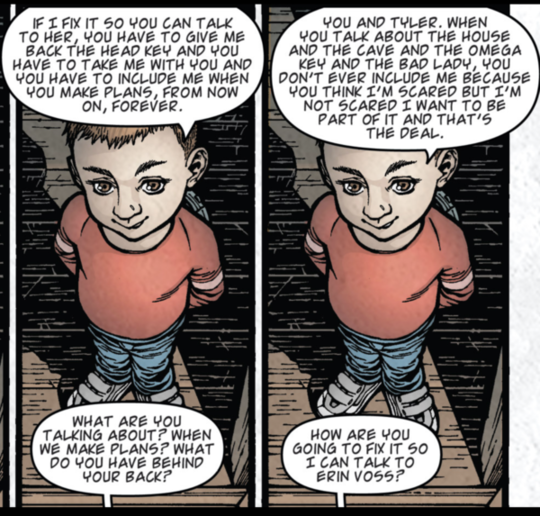 Meanwhile… Kinsey. Ooh Kinsey. She’s a teenager, thus absolutely chock full of emotions–add to that the tragedies she’s gone through… Of course she’d jump at the chance to take away her tears and fears. 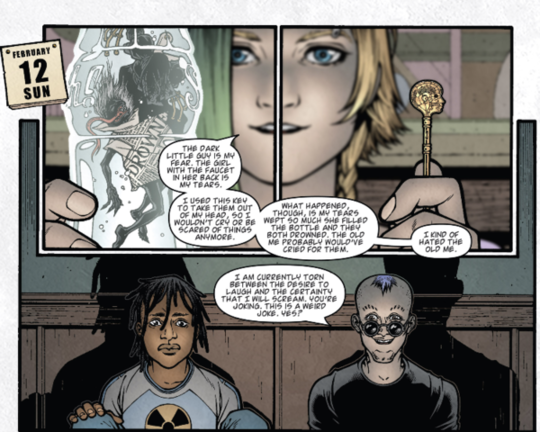 That is an absolutely fascinating idea, but there is also no way that goes well.

A fascinating story! And it just keeps building up! Onwards.