Okay last time around, we were introduced to Keyhose, to the Well (and the creepy denizen thereof). Nice and creepy. But of course, this time around, we have to go a few levels further… 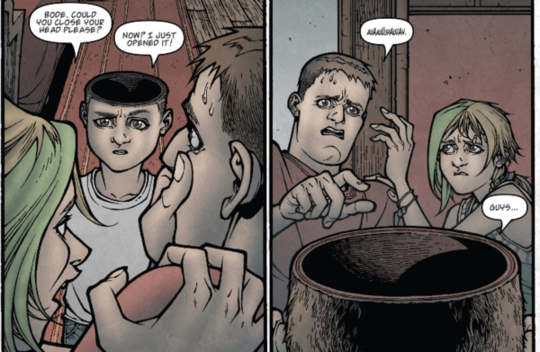 Yup. It’s the Head Key. It … openes your head. And so very much more, but we’ll get back to that. At least Tyler and Kinsey believe Bode now?

Just in time too, since there is far more building around Zach/Luke than we even thought last time around. He’s cozying up to the Locke’s something fierce… and it’s terrifying. They’ve already been through so much.

So much history! So many questions!