Oh… we’re getting on to the end. It’s all going to come down to if the President can tie up his loose ends before Spider manages to ferret them out (and I’m betting on Spider). 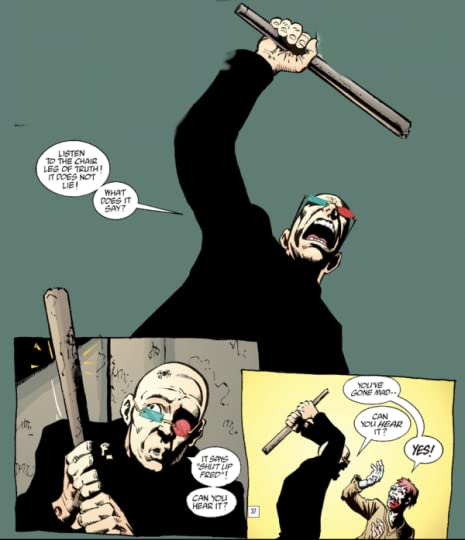 I mean, I like Fred Christ about as little as anyone, but that’s really not how Journalism is supposed to work… is it? It really is coming down to a discussion of ’ends justifying the means’. On both sides. 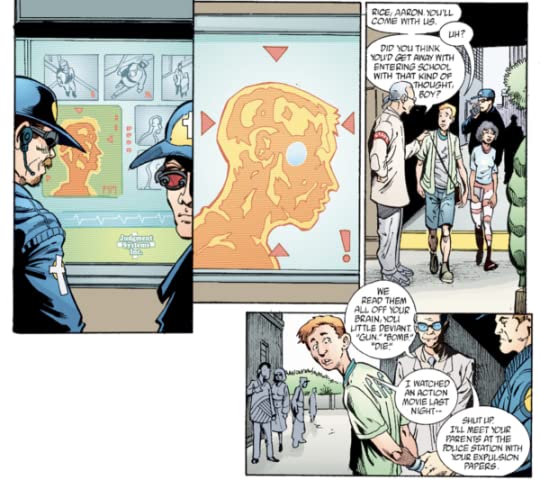 Well. That’s a wonderful idea. Thought police. On one hand, I suppose it would cut down on crime… but at what cost. Let’s not do that. 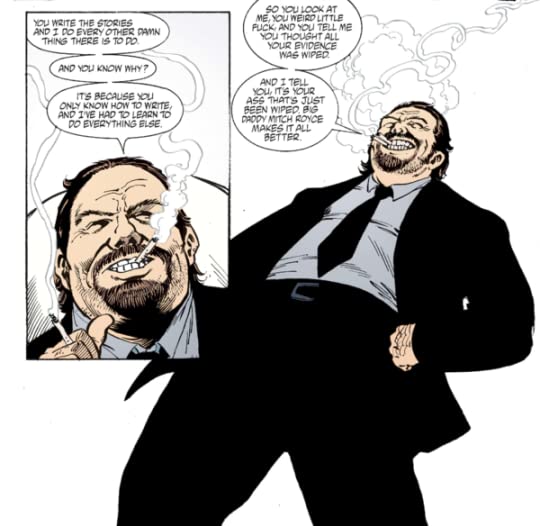 Oh… Royce. He’s been such a background punchline for so long. And now he actually gets to be the Big Damn (behind the scenes) Hero for once? I like it! 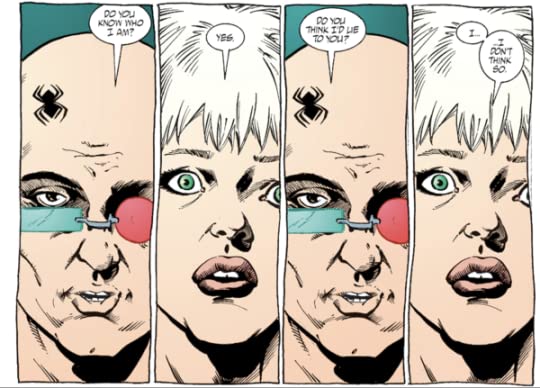 … oh boy. Don’t think about that one too much. Right now, I think that Spider would totally lie to tell the Truth. In a heartbeat.