Mostly, it’s a story about interviewing the candidates for election and answering that age old ‘which is the lesser evil’ sort of question. Or I suppose in this question, can Spider find enough to convince him not to go outright nuclear on both of them and screw the world over even worse? 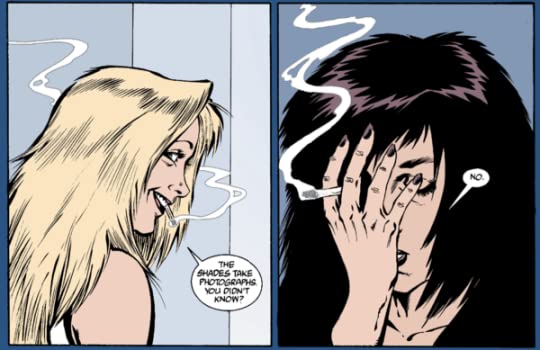 (hints of spoilers) Yeah. That’s not really a surprising plotline, but I expect it’s not going to end up going well for anyone.

So far as other topics we’re dealing with this time around, we have anti- technology fields:

The president thinking he’s beyond crime (like I said, this plotline got a bit too real): 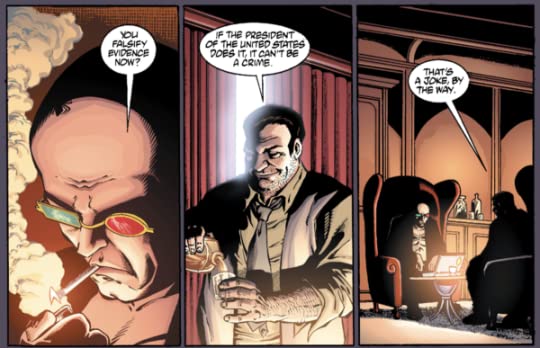 It’s quite a plot. I wonder how many volumes we’ll be dealing with the election and the fallout. I’d like to see other parts of the world as well. 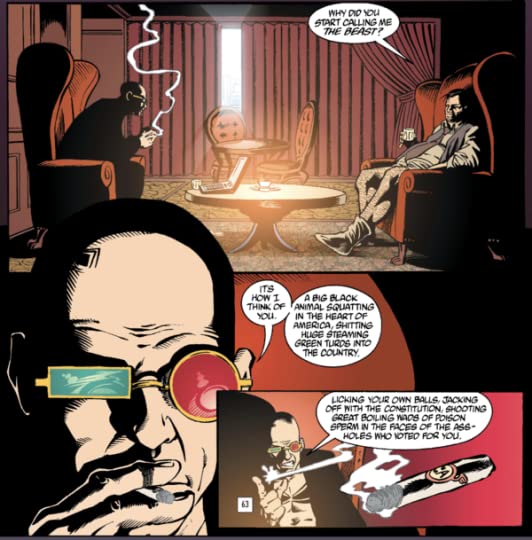 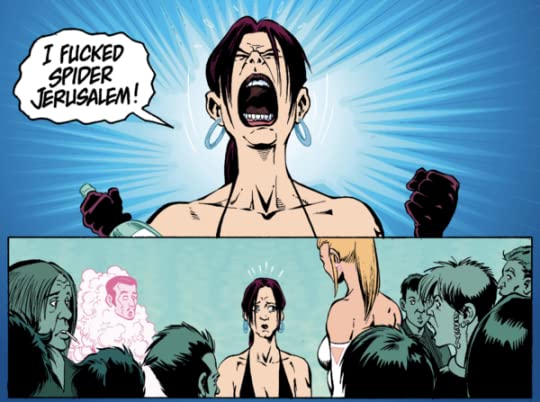 Well. That’s one way to do it. At least it’s out in the open?

And then there’s the Christmas episode. THat was pretty hilarious.