Spider Jerusalem is famous now! So much so that they’re making (distubing because of course) TV programs about him! 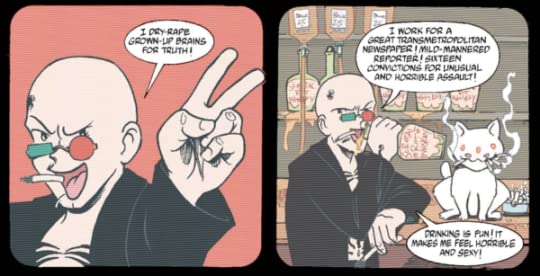 Even better, it’s in a bunch of different styles:

Of course from there, things just keep getting worse. One must wonder how in the world Spider has managed to not get himself killed or fried his brain (lethally) on drugs yet. 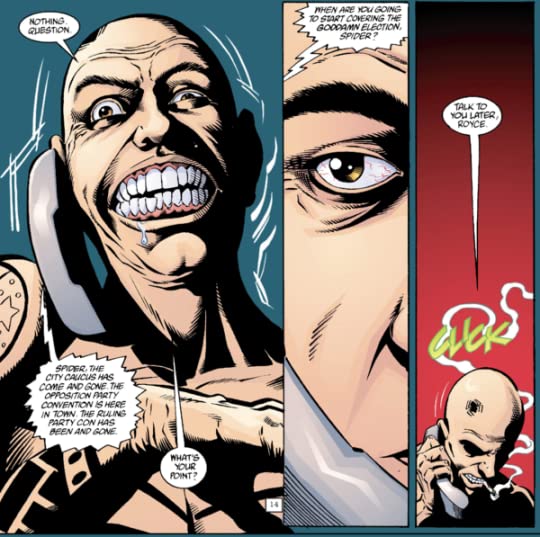 In any case, we get a pretty intently drug fueled early rant leading into later stories covering the presidential election. You have one candidate who smiles too much–and is creepy as hell–and the other who is gun-toting conservative turned up to 12. It’s… less funny than it probably once was, but it’s still interesting to see this world’s take on it.

A worthwhile read, if a bit rougher than the first two stories to get through. 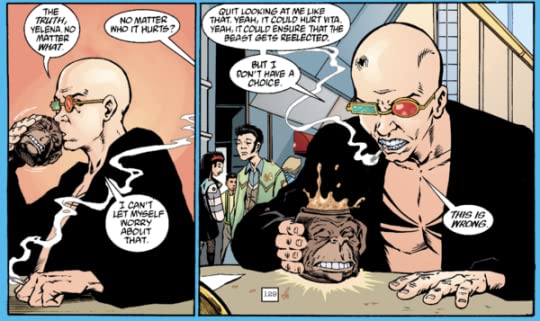 There’s a really interesting question to dig into there. Is it really worth it to get to the ’truth’ no matter what? I’ve had journalist friends on both sides of that question, so it will be interesting to see where this story goes in that regard.

Sometimes the random things you see on people are even creepier than the bigt changes. Those eyes… I can see how politics might mess people up like that though. 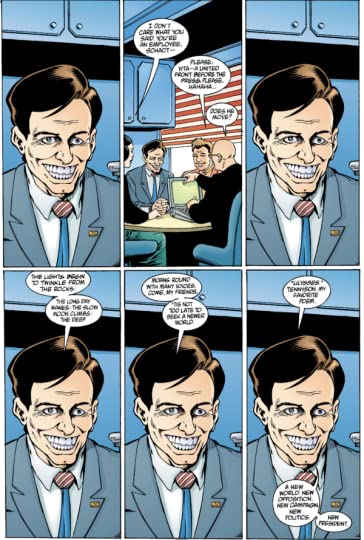 Like I said. Creeeeepy. Intentionally so, but they got it.

The gun-nut current president running for re-election. And we’re definitely well into the lesser evil sort of thing here…