Whelp. Spider Jerusalem is here to stay, at least for the time being. All around, it’s a look at the worst (and sometimes the best) the future might have to offer, through the brightly colored, mismatched lenses of ‘journalism’. Which mostly means inserting himself into people’s lives whether they want him to or not and occasionally making the situation better because of it.

This time around, we have a look into what it means to be human (does that include atomizing yourself into a sentient cloud of fog?), what do you do with cryogenically frozen bodies you can wake up–but don’t need or want, the idea of ‘reservations’ taken to an extreme, and the fallout that comes from being just a bit too famous.

Don’t get me wrong. I don’t think that Spider Jerusalem is a good person or that this would be the sort of world I’d be at all interested in living in, but I think that’s the point. It makes you think: is this somewhere we are comfortable going?

A few particularly poignant moments I thought to take pictures of: (spoilers) 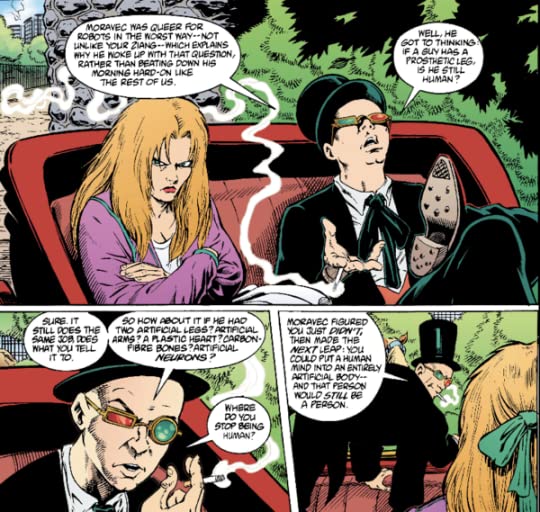 Well. That’s certainly one way to think about the Ship of Theseus. It’s an interesting philosophical problem, attacked in a … somewhat crude way.

Another problem: If we can freeze ourselves on death/terminal illness to be woken in 200 years… what if they don’t have a place for us? 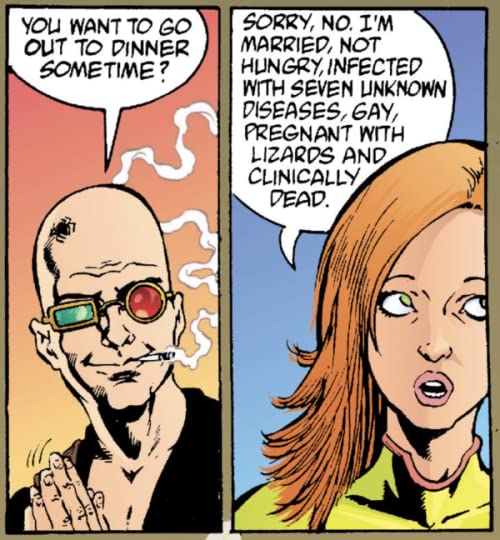 Sorry, doing my hair, turned up to Spiders. 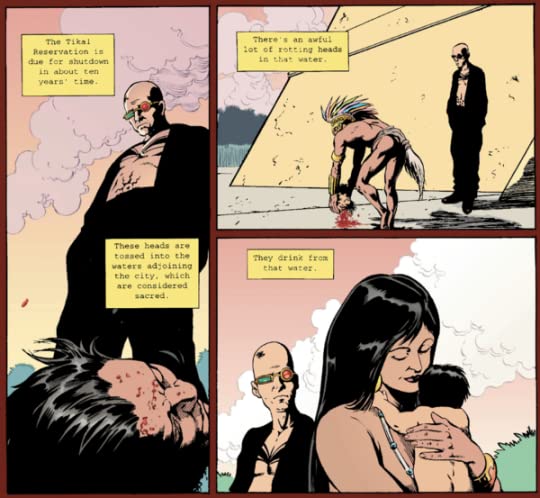 Reservations, preserving ways of life. It’s not clear if it’s scientific, out of a sense of preservation, or just voyeurism. But it’s still an interesting thought experiment. 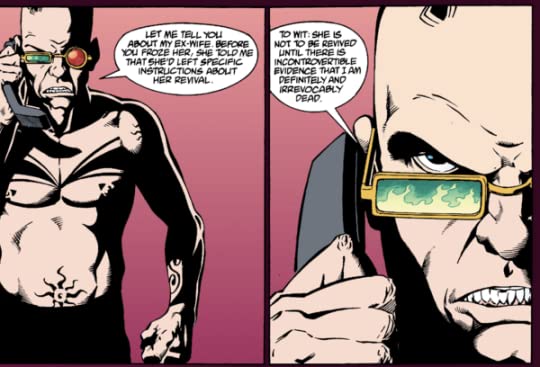 Why am I not surprised… 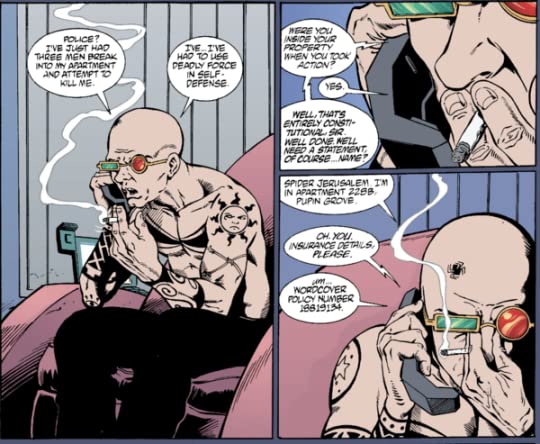 Well, there’s an interesting extrapolation of the future. Castle doctrine plus a fair dose of insurance/everything being tied to your work. Oy. 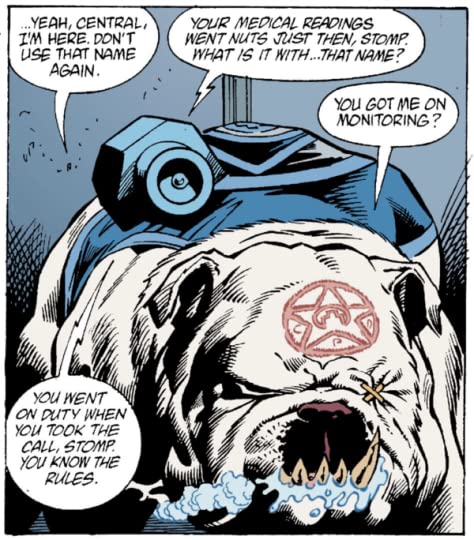 … He’s a police officer that somehow or another is literally a dog. It’s unclear if he was once a human that was transferred or an uplifted dog. But oh man does it get weirder quickly when you think about the implications. 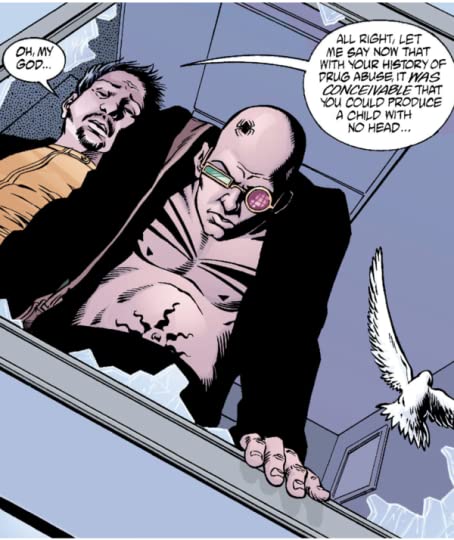 You know… he’s not even wrong? Such a weird point to only have a few pages. But that’s this series in a nutshell…