Eren is out and about and a jerk (even if he’s probably right). Zeke has plans involving spinal fluid (eesh) and gets captured. And there’s a plan that could very well end the existence of Titans entirely…

The story is hurtling towards and ending. It’s fascinating and oh so weird. 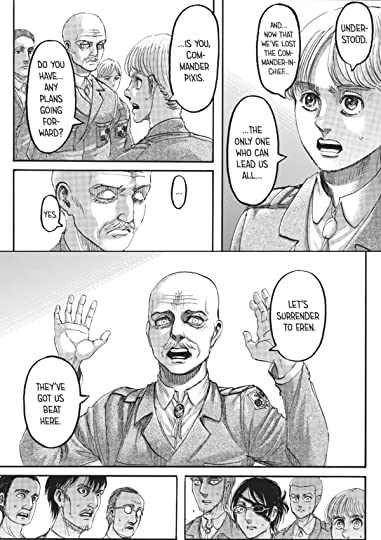 I think I had the exact same reaction as those last two panels.

That’s… creepy as heck. And he probably could have been a little more gentle about that, but he’s kind of … broken. Continued: 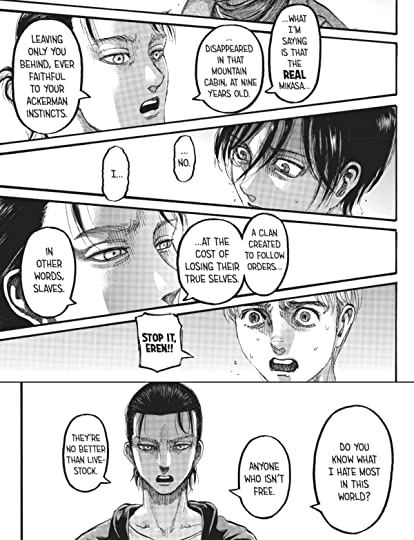