Well, that certainly got away from me. Only a half dozen more volumes to go, let’s finish this!

I think the main reason that I’ve started drifting from the series is how much broader it’s gotten in scope and scale. At first, it was one city in a world full of monsters. Now the world is looking in on one island and there’s oh so much more going on that we’re just now hearing about 27 volumes in…

Anyways, it’s still a fascinating story. But I think I’m just about done. Good thing the series finishes with Volume 34 (out in October, so I have a bit?). 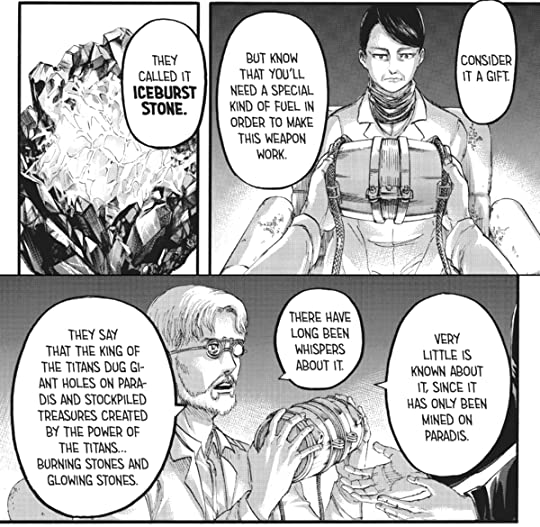 Iceburst Stone. It’s neat. Don’t get me wrong. And there’s a reason the greater world hasn’t heard about them. But 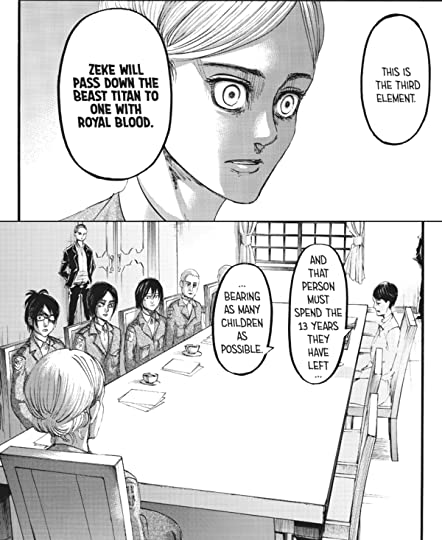 … the 13 year thing is kind of weird, and the idea of forcing those carrying Titans to breed so that you have a pure bloodline to work with is… even weirder. But at least in universe I see where they’re coming from. 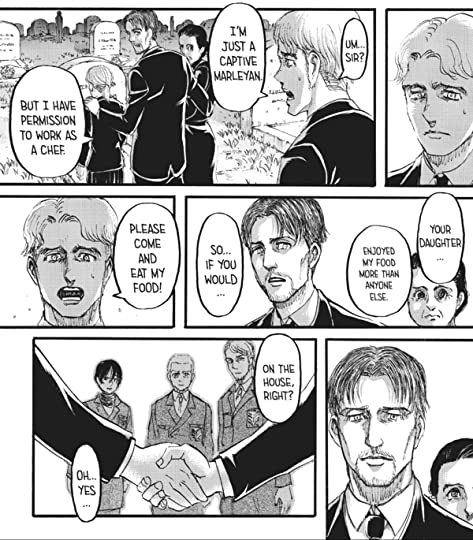 That is so very bizarrely awkward. Makes a bit more sense later at least. I wonder how much is translation/cultural differences though. 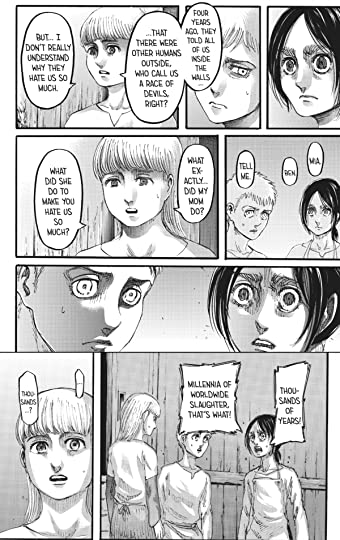 Man. She’s a kid that’s been absolutely brainwashed into hating herself and her people, thinking all around that she’s doing the right thing. Man it’s a painful look at something all too common in our own world. 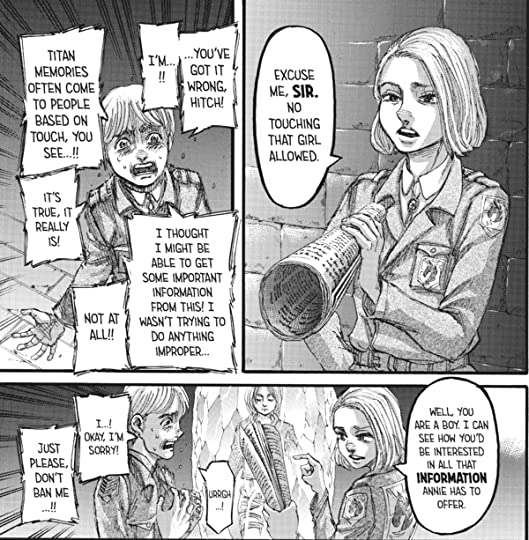 Every once in a while… weirdness.