This is a fascinating change of scope. After so long on what we thought of as the entire world (although of course we’d guessed it wasn’t the case), now we have an entire much larger world, more advanced in a lot of ways both in science and knowing about Titans. Crazy times.

Plus a bit more backstory of Reiner and a handful of new characters that purposely are training to be Titans, all to willingly take on the Titans for only 13 years.

And of course… SURVEY CORPS.

It’s a crazy switch this far into the manga, but I’m up to it. 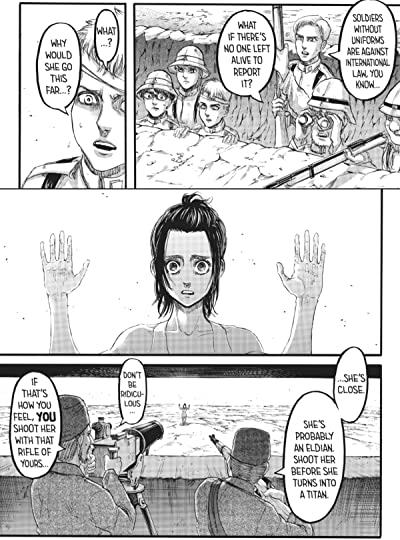 She is… insane and kind of awesome. 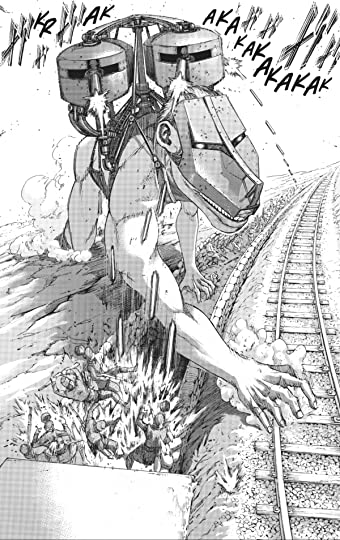 Of all the Titans, I think this is the weirdest one. But the marriage of technology and Titans by putting machine guns on it’s back? Awesome. Terrifying. 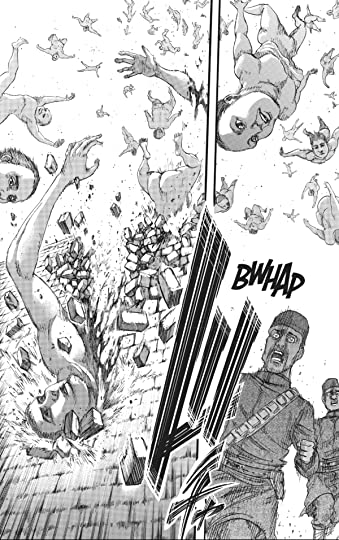 Well… that’s a way. As ugly as it is, I’m always fascinated to see ways that you can weaponize things unique to your world. If that involves dropping Titans… well… 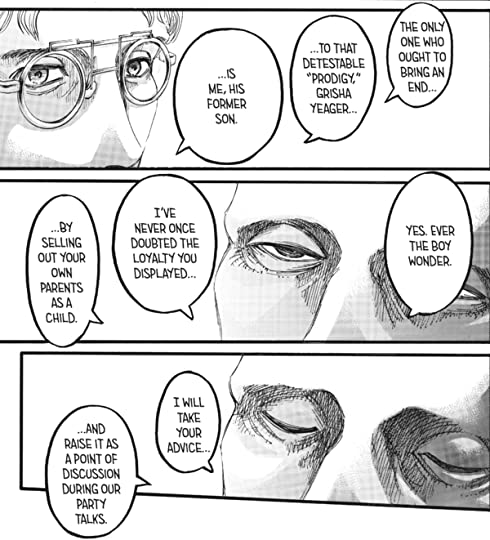 Oh the backstory of the Yeager family. Complicated. Did we know Zeke was his son before? Eren’s brother?! (Half-brother?) 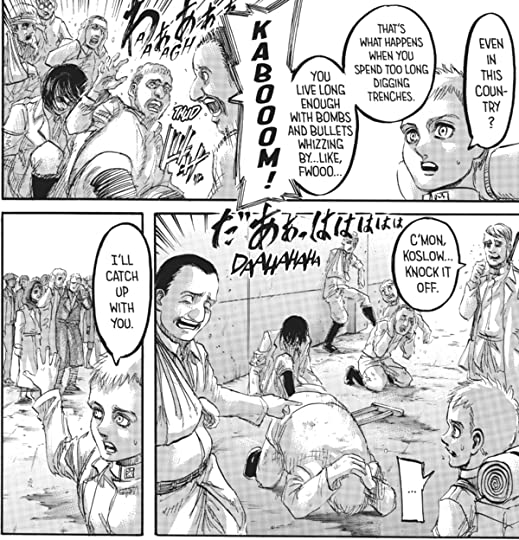