So close and yet so far. So many are dead, trying to (did they succeed after all) to take down the Beast Titan. And now they have a choice. Theoretically, they can steal one of the Titan’s abilities and save one of their own…

Man, it’s getting intense ramping up to the last run of the story. 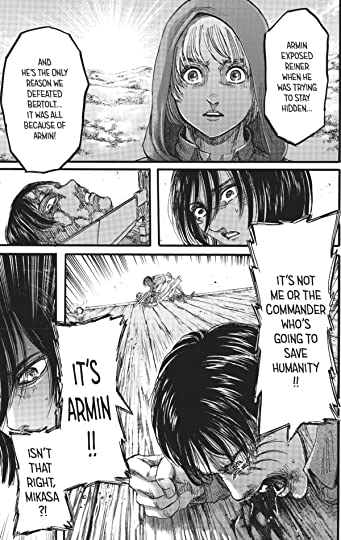 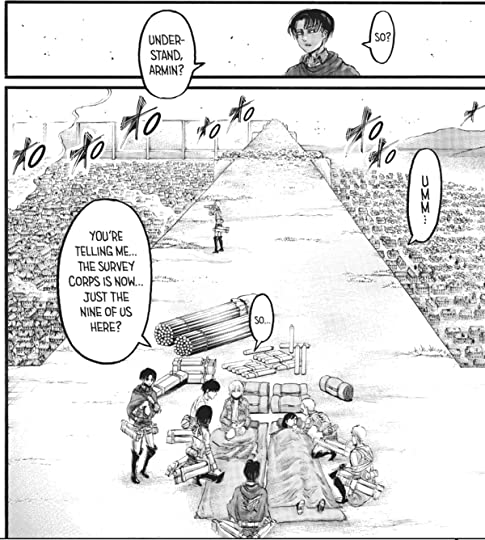 Man. That’s kind of terrifying. I mean, they have Eren still, but even that shouldn’t possibly be enough. 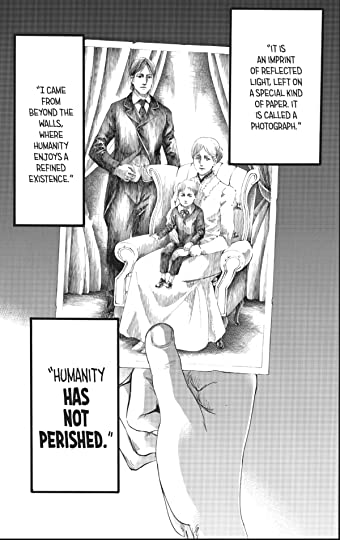 Whoa. So… there’s so much more to the world than we’d heard about. I mean, we figured this. But getting it spelled out like this is crazy. How’s it all work? 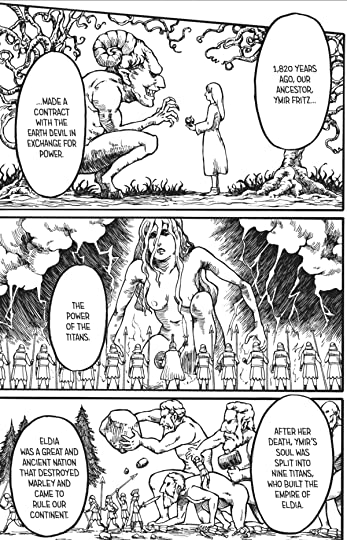