And another level of crazy more. Eventually that will have to stop ramping up like that… right…? 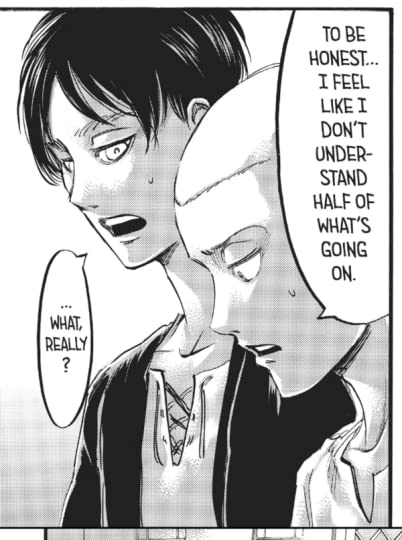 Of all the things I considered over the last few books, I must admit, the idea that the humans inside the walls would be potentially an even bigger threat than the Titans outside is crazy. And the fact that they might have to deal with the former to have any hope with the latter. Man. 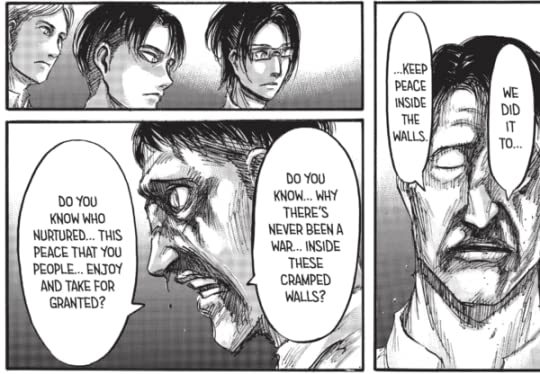 So what exactly was the cost of the walls? 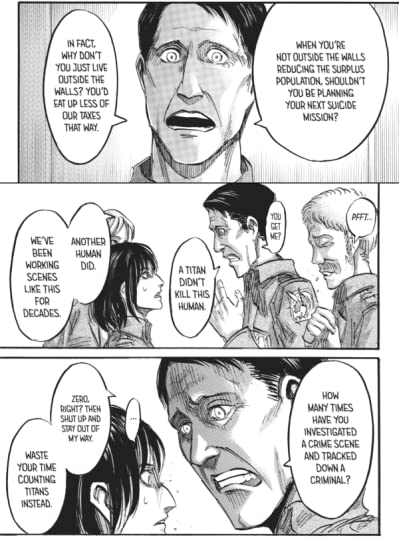 Even more people with the diea that the survey corps are useless. Which is an itneresting point of view, since I can see how the people inside of the walls might think that. But knowing what we know, it certainly is hard to imagine. 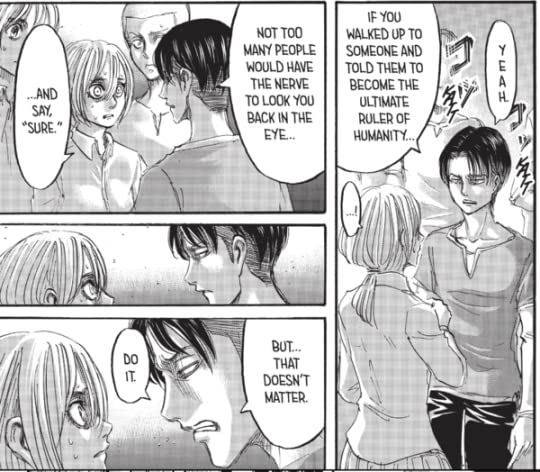 Theorizing more about Titans, humans, and the relationship between them–and what it means when people are eaten by beings that don’t need to eat. 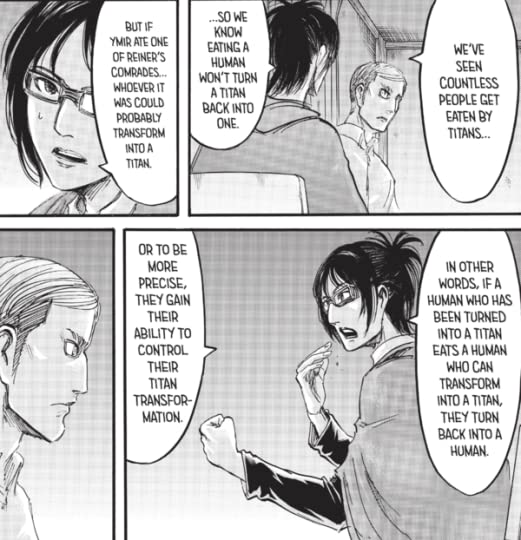 And finally… whatever this is. 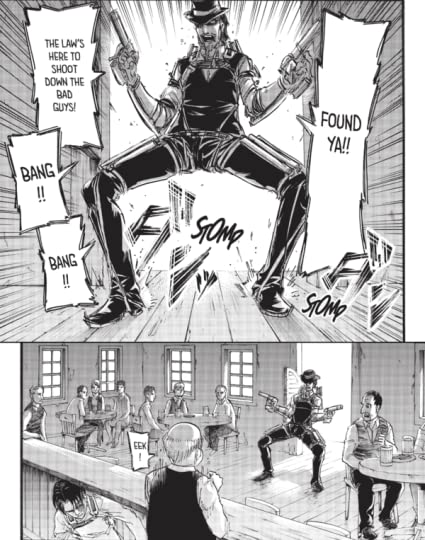