Woo boy is this series bonkers.

Eren has to deal with the people that died for him. More crazy worldbuilding, with underground cities. More hints at where the Titans come from and how they’re related to normal people. More expiriments with Eren’s Titan form. And … kidnapping!

Oh Eren. It’s a good point but something you’re going to have to deal with. 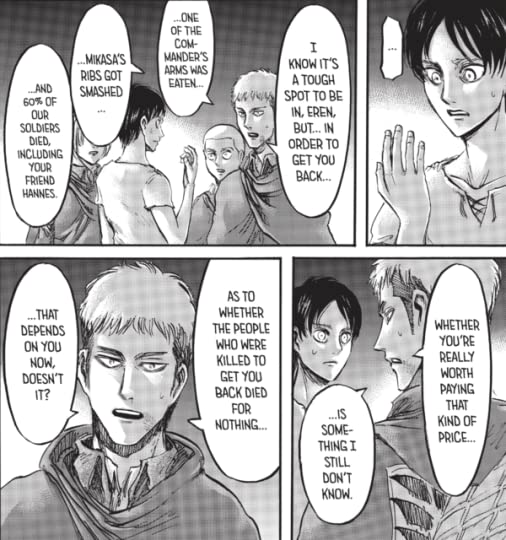 This is cool worldbuilding. And for the beginning at least, makes sense for how they had to deal with the Titans (it’s a lot harder to tunnel than it is to go over a wall):

That’s a twist. An expected twist, but a twist: 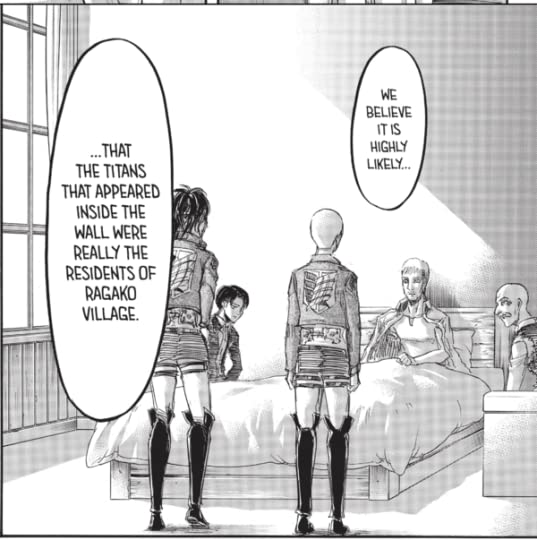 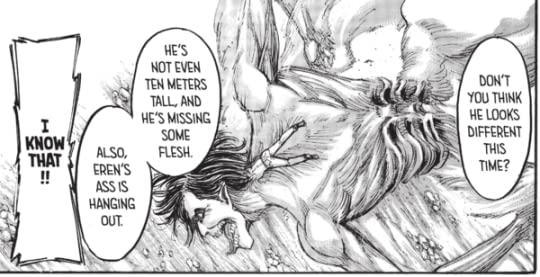 And finally, a way to move things forward and a baddie with a more human face! For now. 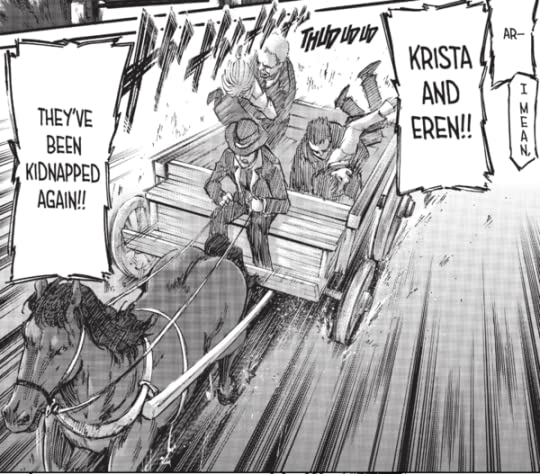