We keep learning more about the Titans and the humans that they come from. And the more we learn, the more questions I have. What makes their forms different? What about the lower level dumb Titans? Are those humans too? What about the ones in between? And who are all of the Titans on the side of? 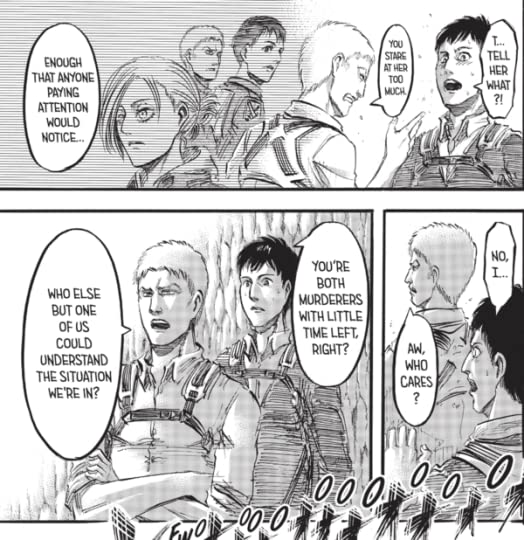 But really… priorities yo. 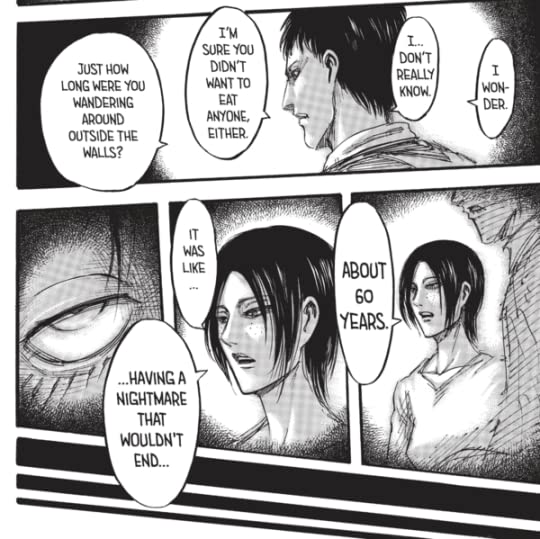 Stuck as a Titan for 60 years if I read that correctly? Of course she’s a little … off. That is not something I expected though.

Wait. What. You can steal the Titan power? Is that what happened to Eren? Who are ’their people'? 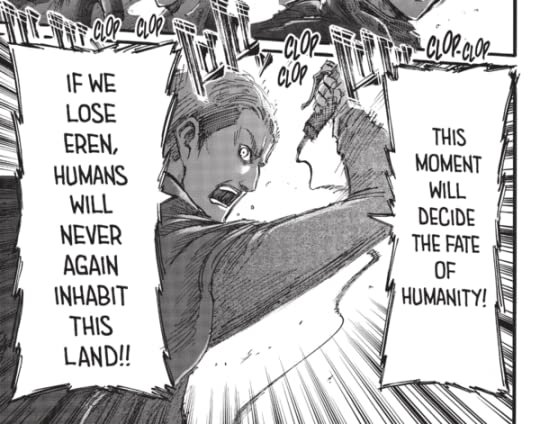 And finally to cap it off, an awesome new battle tactic. Of course the bigger ones can toss the little ones. 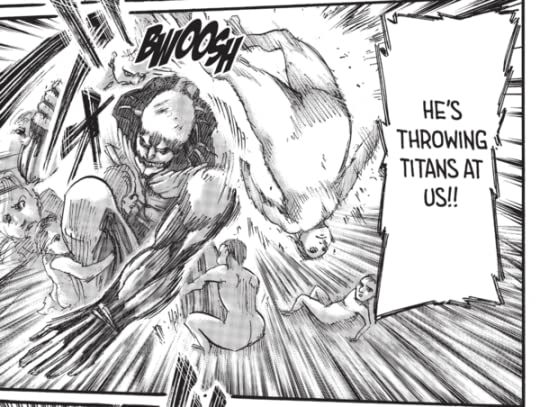