Man. On one hand, it’s fascinating how you can go through 200 pages and cover (for the most part) less than an hour. On the other, so very much happens in that one hour.

This time around, we’re still out of the city, dealing with the Female Titan. The plot thickens! 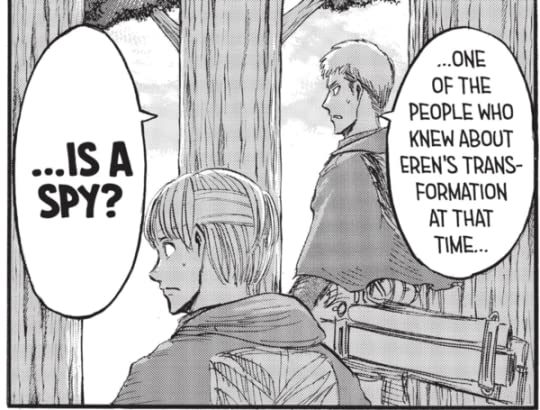 Which in hindsight makes a lot of sense, what else changed? The other option they’re not mentioning is that they (whoever they are) have some way to detect the transformation or view at a distance.

Overall, it’s a crazy story and it just keeps advancing just enough while making me want to know all the things!

A few random things I was amused about: 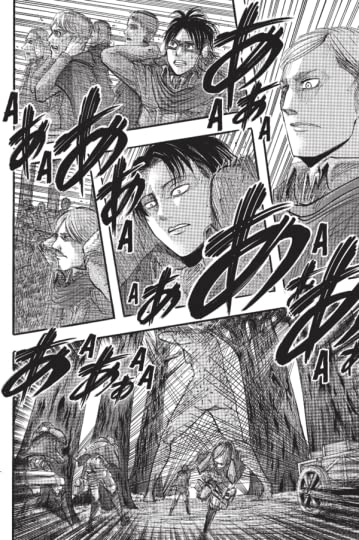 They don’t translate all of the original Japanese when it’s an onomatopoeia. That’s hilarious to me for some reason; especially the combination of both.