How in the world do you even fight something like that?

Well, apparently with gas powered, back mounted grappling hooks and swords. Which is absolutely insane–but also awesome. For some reason, slicing the backs of their necks open is the only way to kill them? Sure.

Time skip from the first story. The first Colossus Titan attack is fading into memory, and now the townsfolk are again forgetting what the soldiers do for them:

Which seems crazy. Just look up at the walls. But after a year of COVID-19, I’m less jaded to the idea that perhaps people don’t always act in the best interest of the group over their own. 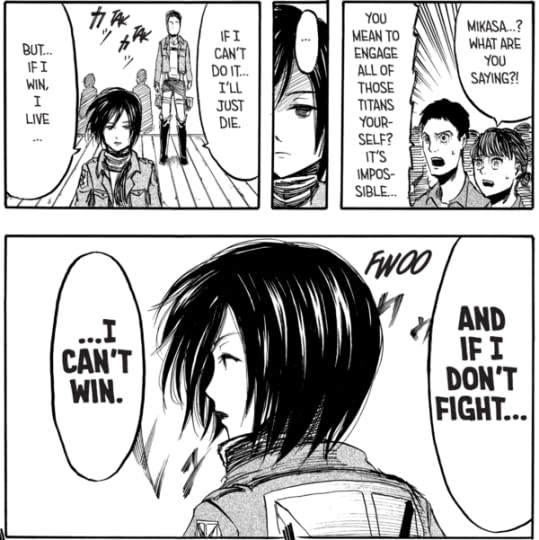 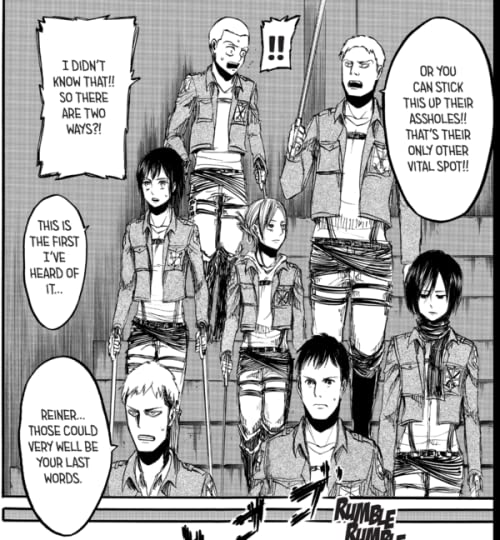 I doubt that works. It’s hilarious though.

And then… apparently the doctor's boy can take over Titans by *being eaten by them* . This is going to be quite the series.