Off we go! I’ve heard good things about Attack on Titan, but other than some pictures of gruesome looking skinless giants, I’m not really sure what I’m in for. It should be fun!

In a nutshell, it appears that the world was overrun by semi intelligent, naked, sexless humanoid (I personally think it would be all the more terrifying if they had genetalia, but for ratings and the mystery, I see why they don’t) Titans, ranging from twice as tall as a person to far far larger. What’s left of humanity (that we know of) is contained in a small(ish) city with a 50m wall. Good enough–untl an EVEN BIGGER TITAN APPEARS: 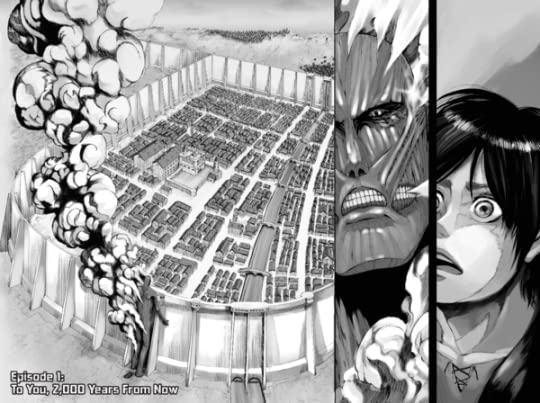 Yeah. That’s a crazy story. I really do empathize with the order going out, trying to figure out what’s going on, even if there’s something said about survival at this point. Sometimes, it’s not enough to just survive.

Characterwise, it’s fascinating to see the relationships between people we barely know developing. There is some crazy history going on here. 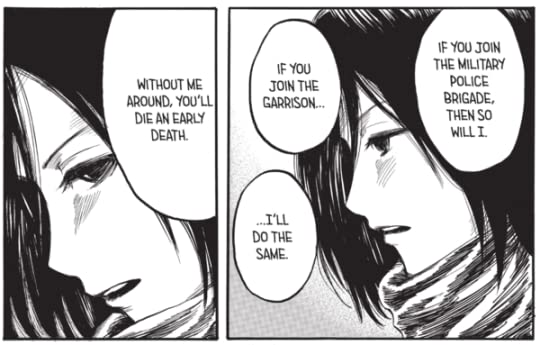 Especially when at the end one of the named main characters is *eaten* ?! That can’t stick, but how?