Well that’s quite a story. It’s a near future dystopia with major Shadowrun vibes: magic is back and for the most part, it’s being treated as and integrated with technology–with varying levels of success. Corporations have all the power and are represented as the big bads. People get kidnapped off the streets and all manner of other troubles. Add to that the main character just training in her powers, but somehow a chosen one with powers she doesn’t even realize–and all manner of quirky allies along the way.

It’s not a particularly new story, but it’s an enjoyable enough framework. And they even get to hang a lampshade on it somewhat: 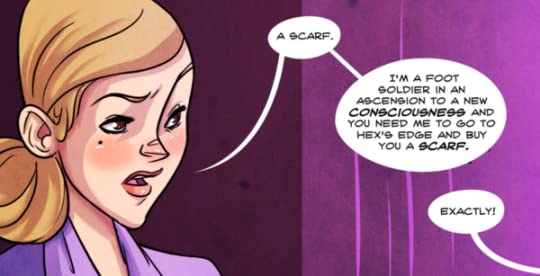 All that being said, what really stands out for this story (and what I love about it so far) is the art. This is a story very much made to be a graphic novel. Just look at that magic: 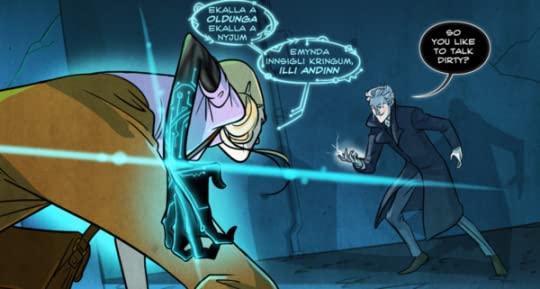 It’s magic and technology all wedded together in an aboslutely wonderful way. Another example, this gun: 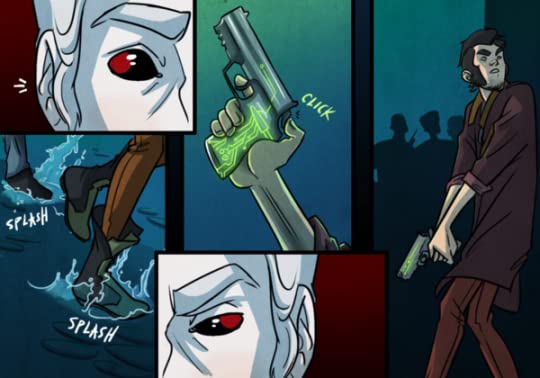 I have absolutely no idea what’s special about that gun or what the magic on it does, but I don’t have to. It’s a gun and it’s magical and it looks awesome.

Not to mention the idea that magic is akin to programming/hacking reality? 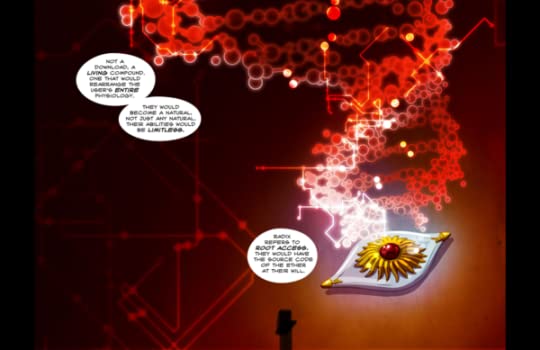 Yeah. This book is right up my alley.

I think the biggest negative that I would have for this is one problem many graphic novels have: they don’t have nearly as much space to spread out as a novel. Just when things are getting good and Volume 1 is done (and that was a half dozen issues already, I couldn’t imagine reading them that way). I can only hope that Volume 2 gets a little more done!