Oh Firefly. A wonderful TV show, brutally murdered by the man. Aired out of order, canceled too soon, brought back as a movie, and then never let go by fans on the Internet. It’s been 18 years… it’s never going to come back.

You make a graphic novel of it! 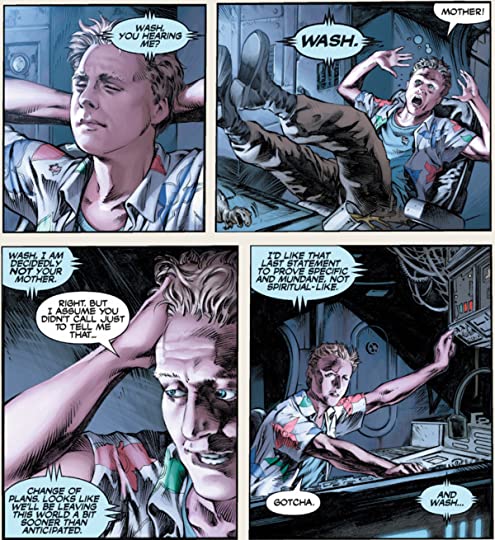 You know, it’s actually pretty good. It’s not the best graphic novel I’ve ever read–and not quite up to the standard of the TV series or the movie–but it’s still fairly enjoyable.

I can still hear the voices of the characters, it’s got a straight forward enough heist plot. 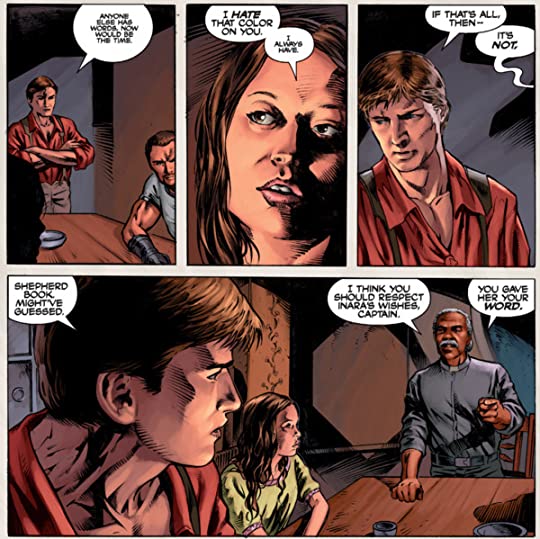 Best of all, it’s trying to fill in a few questions that took place between the series and the movie. Whatever happened to those “two by two, hands of blue” guys? Why did Book leave? The answers are … not that great, but at least it’s something I suppose? I’m curious if the rest of the comics will give any more on that front.

Overall, not the best I’ve ever read, but more than enjoyable enough for an afternoon’s divsersion.