Onward and conclusionward! All the political machinations to save the Sand Masters (and himself) are coming to a head. It’s a fine enough central plot, even if the random assassinations / friend that doesn’t get along well with his father / scientist from the other side of the world / bodyguard that hates you and you have to win over subplots really do get to be a bit random and disorientating.

That’s really a problem with the whole set of graphic novels though and–if I remember correctly–I had the same problem with the prose version years ago. It’s not a deal breaker, but I feel like the whole thing could be cleaned up.

It does make the worldbuilding feel less huge and magical (like many of Sanderson’s works) and more disjointed. I mean, take the whole Lord Admiral thing: 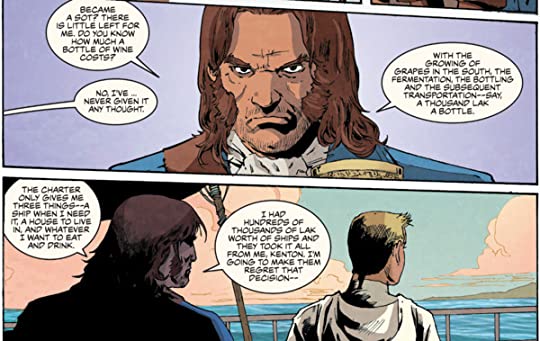 And the religion bits: 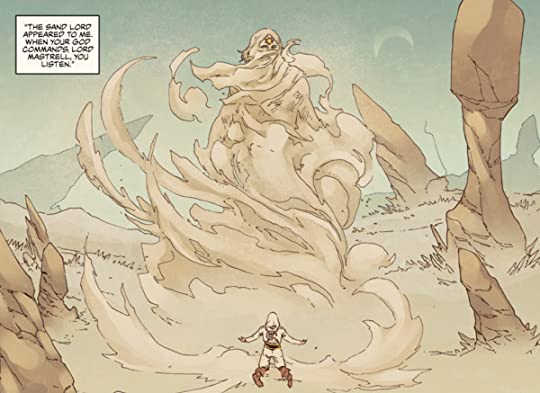 i think the craziest thing about this though is if you take it in context of the greater Cosmere, there very well could be something to the whole idea of a Sand Lord. It would fit with a Shard as you see in other worlds. Especially, when the graphic novel has a few scenes like this randomly throughout this volume in particular: 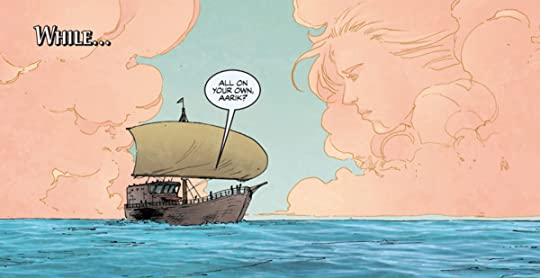 Artsy choice? Actual person in the clouds? WHO KNOWS!

Overall, it’s among the weaker of Sanderson’s works and the weaker of the graphic novels I’ve read in the last year. But that’s mostly because I so very enjoyed just about every other example in both categories. It’s not a bad story and from a completionist point of view, I’m very glad to have read it.