One of the things that I feared most about getting into these stories is the big ‘art style change’. I see it. It’s definately different. But having read all manner of graphic novels over the last year–some change far more dramatically than this. They’re similar enough that I barely even noticed for the most part.

And it still is quite beautful: 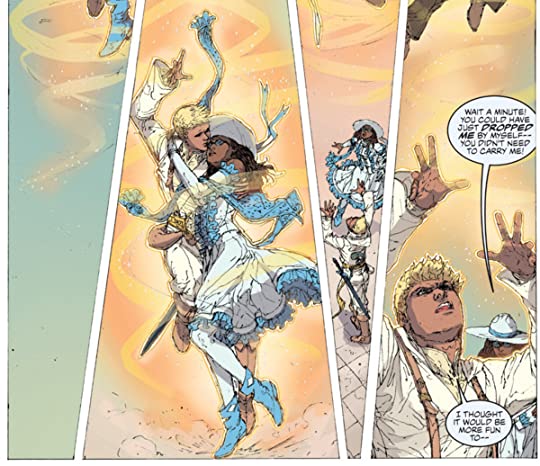 That’s really the strongest part of these works, the art is quite well done (no matter the style).

On the weaker side, the characterizations and wording is just … weird at times. 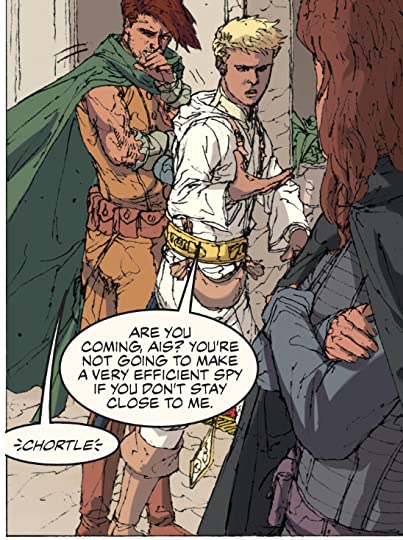 It just doesn’t feel ‘Sandersony’. I’m not actually sure how much of it is Sanderson and how much the adaptation (and how much is me knowing that it’s different and that making me see things that aren’t there), but it just feels wrong.

Among the bits I remember really enjoying from the prose version and that does come through well here is Khriss’ desire to understand things scientifically. Sanderson makes ‘scientific’ magic systems, so having an in-universe character that is fascinated by how they work just makes me smile.

It can be a bit of a tone shift, but I still did like seeing it here.

Speaking of Khriss–dang that red dress is striking. Even more so than the blue and white of the previous books. 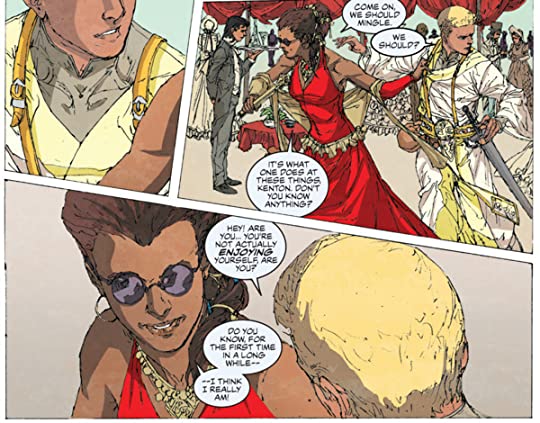 A fun way to spend an afternoon. Onward to the final book!