More than ever before, we’re seeing things from the past Sandman stories come back to haunt Dream. We have Lyta Hall and her baby (from way back in the beginning), Nuala of the Fae, and the Corinthian (man he’s creepy) all back and ready to wreck havoc (in wildly varied ways). And that ending… knowing there’s only one more book makes me really look forward to finishing this series, as weird as that sounds. 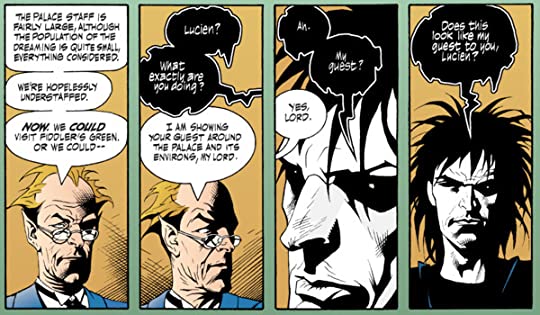 It’s funny because the guest is ‘you’ (the reader). :D

It’s 9 books in and well worth the read if you’ve made it this far. 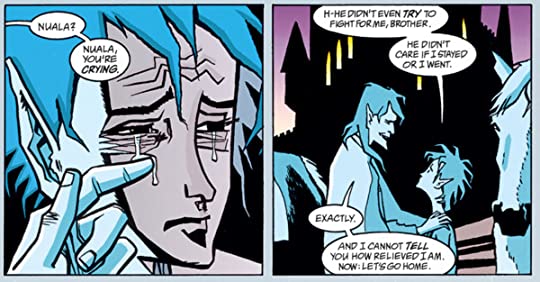 Such a complicated side character. Is she in the right–for a fae, she had a chance for something completely different–or is she doing the whole stockholm syndrome thing? I wonder how much we’ll find out about this in the next/last story. 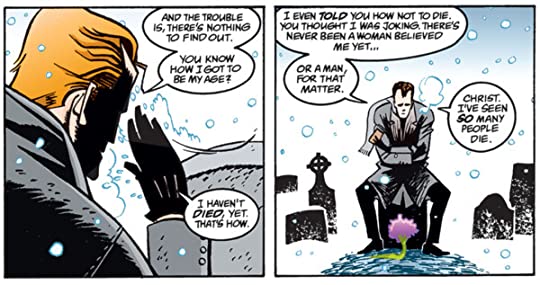 Isn’t that always the problem with immortals… An interesting side character this, which I hope gets a bit more screen time yet. 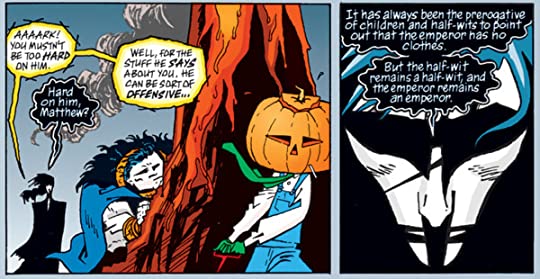 That Pumpkin headed creature of Dream is so bizarre. An everyman with a pumpkin for a head. :D 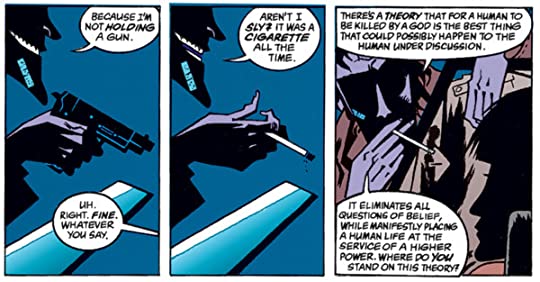 You know, that’s an interesting point. If gods were to walk the earth, as powerful beings as they are, then they would tend to warp belief towards them no matter how truely divine they are. So to die for one… Interesting. 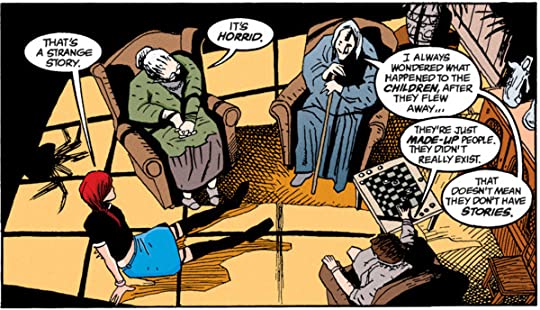 Stories. Always stories. And a fable I’ve heard before twisted into something greater by Gaiman.

We don’t often get a picture of all the Endless. So easy to recognize too– such distinct styles. 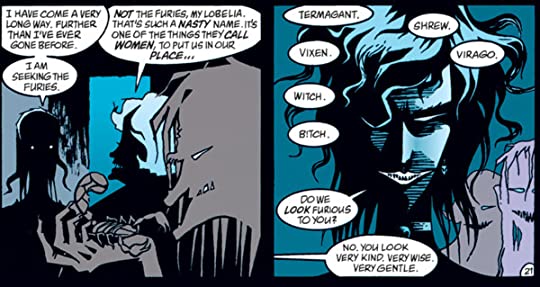 I never thought why they wouldn’t want to be called Furies. Makes a certain sort of sense when you put it that way. 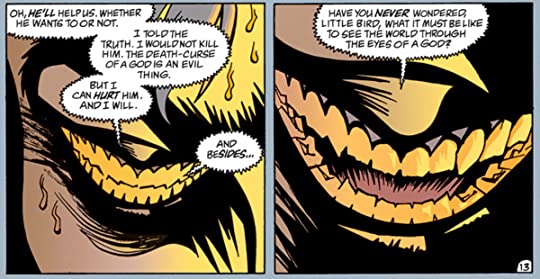 … man the Corinthian is creepy. and the death-curse of a God. Oy.

RAVENS. So many Ravens. I didn’t expect to feel so much for Matthew books ago, but now it’s making sense. 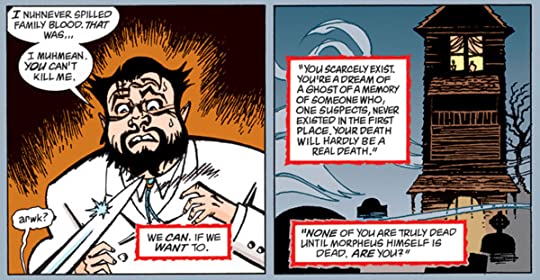 None are truely dead until Dream is dead… does that mean what I think it means is coming?! Onward!