A Tavern at the World’s End. Travellers from all manner of realities, thrown together. Stories around the fire.

It’s certainly not a new plot, but it’s near always a fantastic one and this is no exception. We get peeks at all manner of strange corners of the Sandman extended universe, places we’ve seen before and those we’ll likely never see again. And they’re all so very fascinating.

Sometimes I wonder what it would be like to get thrown into something like this myself. How would I cope with centaurs and skeletons and dreaming cities and reality hopping presidents–oh my…

Well worth the read. 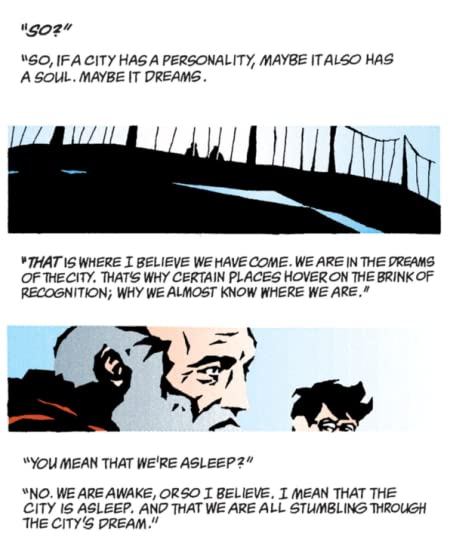 A certain soul to everything, not just single things, not even just living things. It’s one of the ways I wish I could believe the real world worked. It’s fascinating to me.

I don’t think I’ve ever really considered a city’s dreams before though. 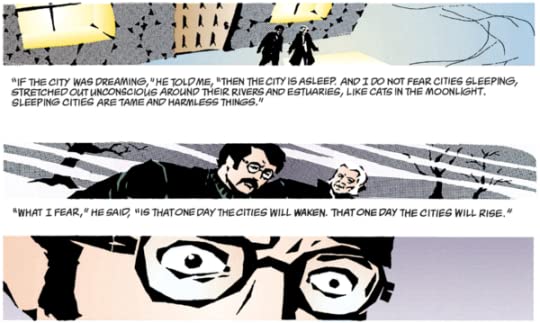 And one day… they’ll awaken.

Oh the fae folk. We’ve seen him before, but he’s still an interesting enough secondary character. 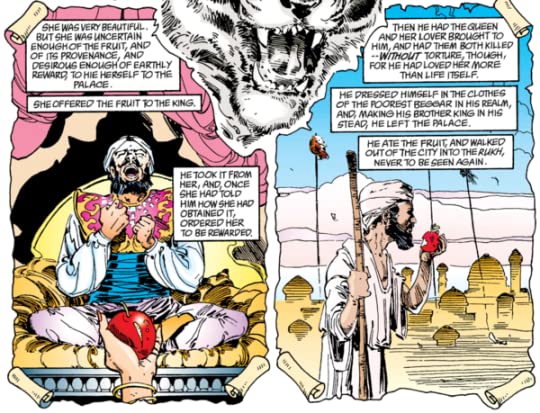 A truely enchanted apple, given as a gift that no one seems to want. An interesting core of what could be yet another fascinating story. There are a lot of those in here. 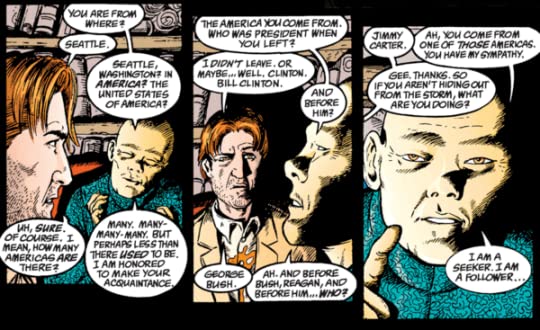 This story, away from the rest, was greatly amusing. Hinting at a bigger universe in just a strange enough way. And picking on the presidency, which I always appreciate. 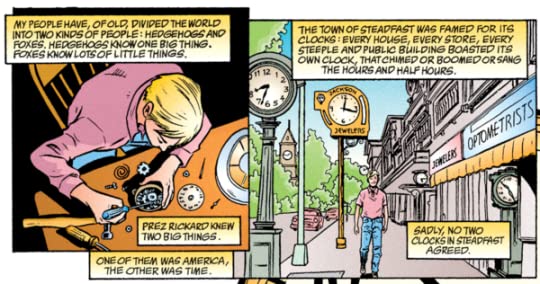 There are a lot of these ways of dividing the world that, while too simple and imperfect, make a lot of sense. I think we all have a bit of teh hedgehog and the fox in us. But me, I’m more of a fox I believe.

It made me at least think differently about politics. Even the worst of them are still politicians, so just go and live your life and that’s enough for now. 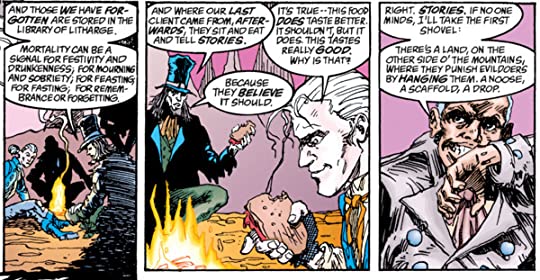 Air burials have a certain beauty to them. Nothing lasts forever, so why spend land on something who’s time is done. And stories… stories are how we’ll be remembered. 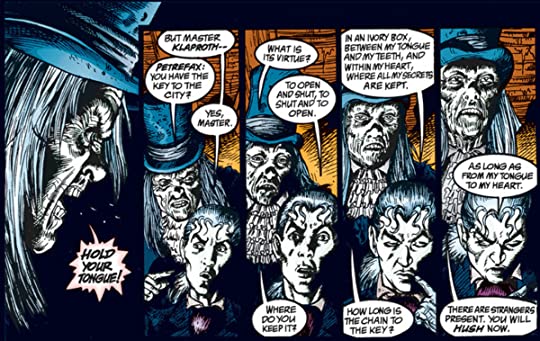 I wonder if there are other stories from this universe. Or once again, just these bare hints. Worth looking into.

The structure of this story is just bonkers when you think about it. It’s all about this guy telling a story–about a bunch of people who meet in a tavern to tell stories–at least one of which contains stories being told. It’s stories all the way down!