The Endless are so fascinating. As it this story.

It’s rather a grabbag, somewhat less directly related than preious compilations, but really, that works as well. Especially in such a broad universe as is Sandman.

Of particular interest, we have an Emperor spending a day as a common man, Marco Polo in a desert of dreams, another Emperor–this time of the United States1, and another take on the myth of Orpheus2.

Many many spoilery pictures; 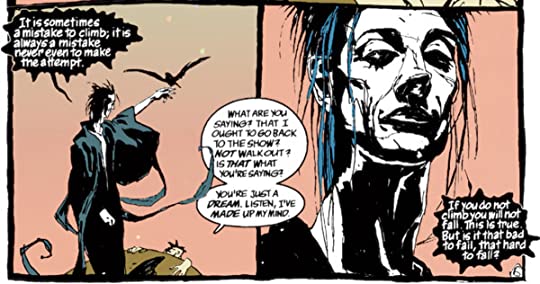 The changes of the art style are odd sometimes. And the idea of falling in dream. 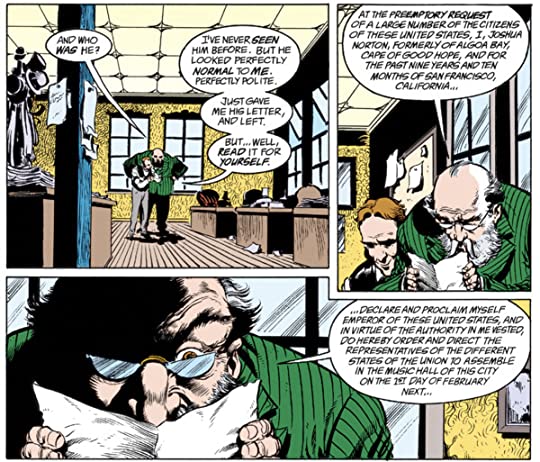 You know. It works. It’s sort of like a few in the Bible and otherwise, with various temptations. But he’s Emperor–and a pretty good one, all things considered. 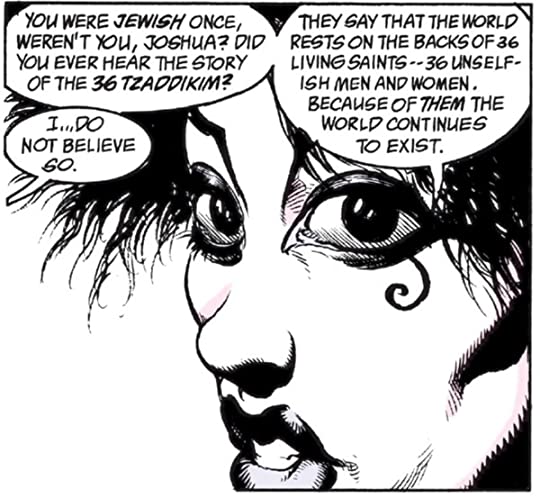 You know, I fully expected to see said 36 after this. That’s quite the closeup of Death. 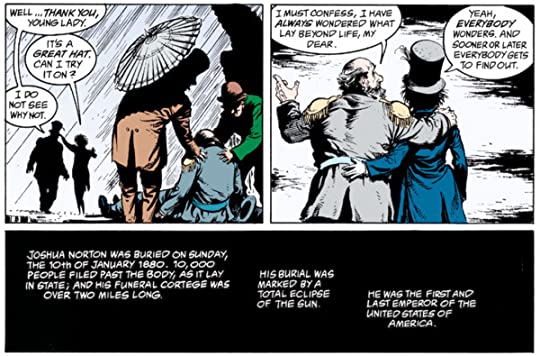 Ah Death. She’s got a light touch and seems pretty good at the whole job. I guess she’s been doing it for a very long time… 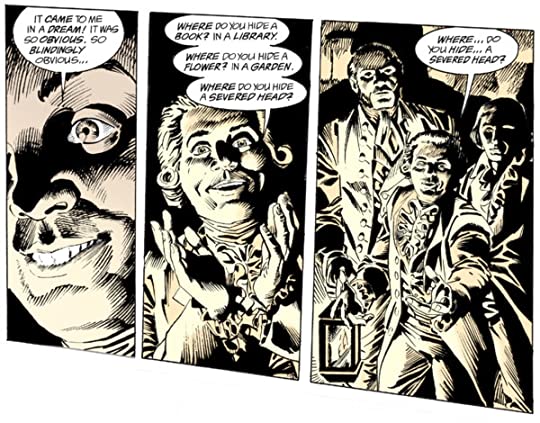 A head. That is all. 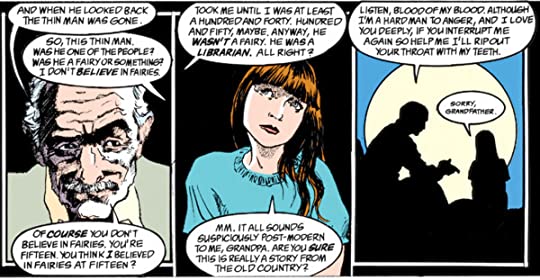 Listen, blood of my blood. Although I’m a hard man to anger, and I love you > deeply, if you interrupt me again so help me I’ll rip out your throat with > my teeth.

You know… I feel that sometimes. 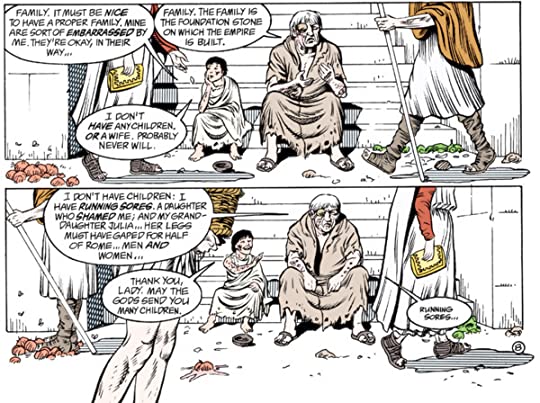 The Emperor spending time as a begger and learning about family. It’s quite a story. 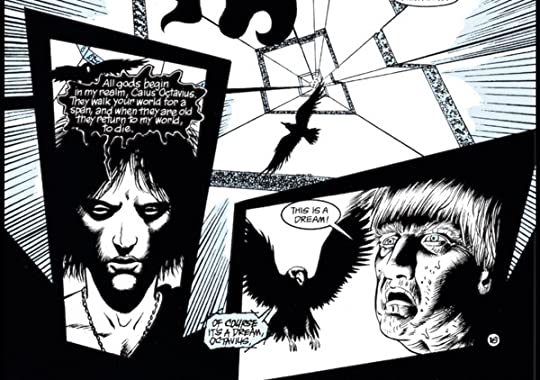 All because of a dream. 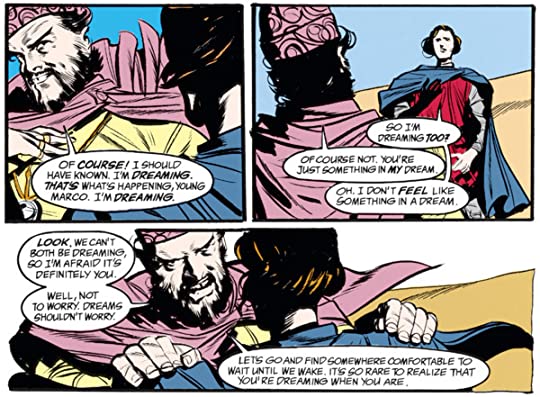 Trying to figure out exactly who’s real and who’s a dream–and if a dream, just how self aware are they anyways–is a fun job in these stories. Especially when they get all timeywimey and circular. 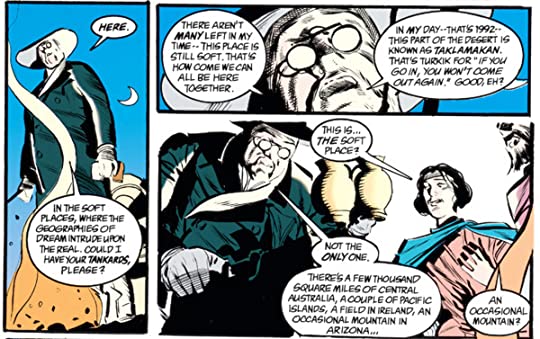 Heh. Fiddler’s Green is weird but a lot of fun. And a few ‘soft places’. A neat idea, worth exploring just for that. 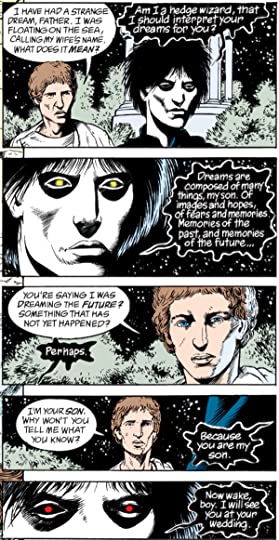 Son of Morpheus, son of Dream. I don’t think that’s how it worked in the myths I’m familiar with, but it fits. 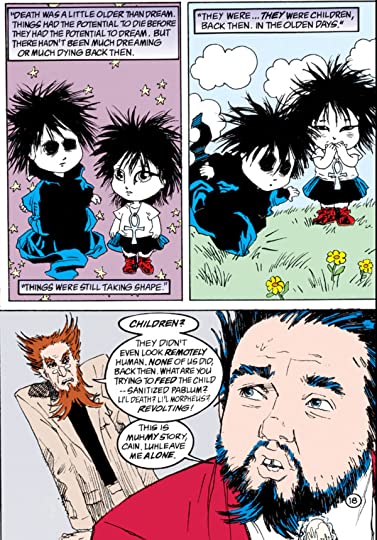