This time around, I think I’ll just start with the summary from Goodreads:

Take an apartment house, mix in a drag queen, a lesbian couple, some talking > animals, a talking severed head, a confused heroine, and the deadly Cuckoo. > Stir vigorously with a hurricane and Morpheus himself and you get this fifth > installment of the Sandman series.

Where else would you see anything nearly that nuts? In Sandman, that’s where!

If you really think about it, the idea of cuckoos is already kind of terrifying. When you taken a Cuckoo in mystical humanish form…

Add to that travelling into Barbie’s realm (last seen a few books ago) to save the Princess and you have quite a story. We don’t actually get that much of Dream himself, but plenty of dreams. And it works out all the better. 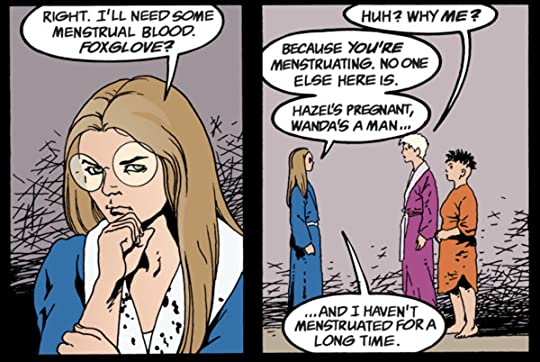 She’s wonderfully blunt. Oh woman powered magic. It ends up an odd combination of accepting and damning of different lifestyles all at the same time. About how life works out. 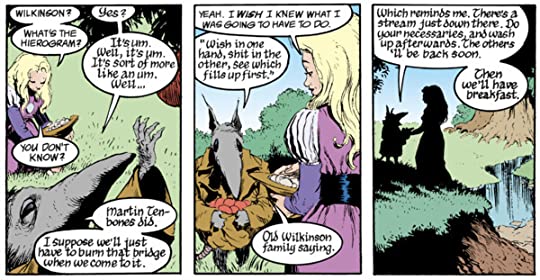 Oh the magic of dreams. And weird fonts. At least these are much easier to read than the angels’ in the previous book. 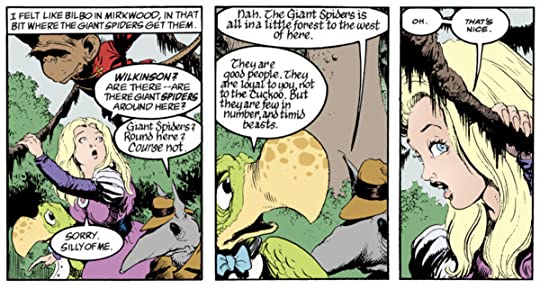 Heh. It’s funny because it’s another book. But they of course have spiders here (it’s a dream!).