To reign is worth ambition though in Hell: Better to reign in Hell, then > serve in Heav’n.

Wherein Lucifer (yes that Lucifer) is, after thousands of years, done with his job (yes that job) and decides to leave his keys to Dream to figure out what the Hell (heh) to do with. 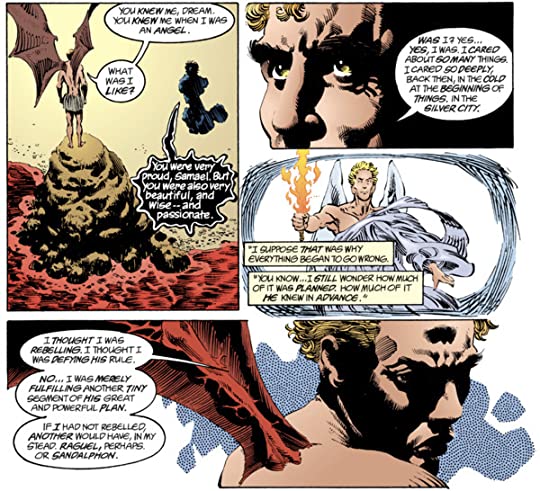 It’s quite a story, with all manner of mythological beings making all sorts of mythological deals to try to become the new rulers of Hell until–Deus ex machina eat your heart out.

Well written–as one would expect when it comes to Sandman and Gaiman–and worth the read. 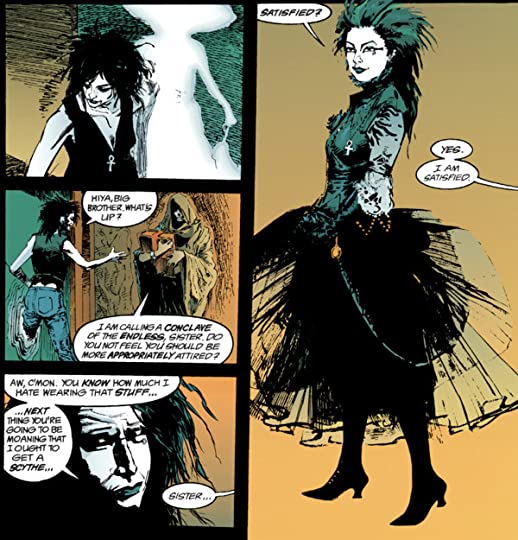 A meeting of the Endless! Six of them at least. It’s nice to get names and faces, as bizarre as they all are.

It’s fascinsting just how different they all feel, with only a few panels of screentime. Perhaps because we know the ideals they embody (or do the ideals embody them)? 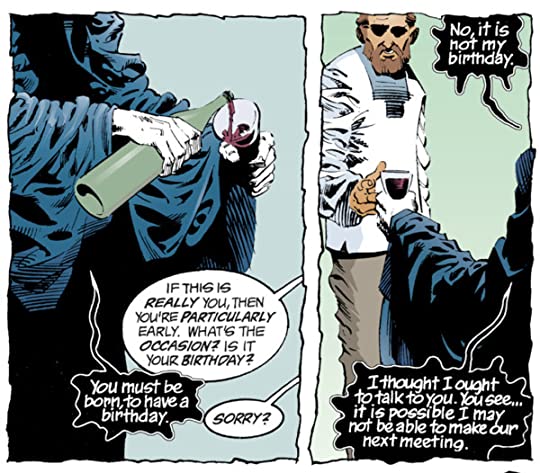 Heh. It’s funny because Endless. And they don’t begin, but a hint that they might very well end… And a callback to a mortal who is teh next best thing to a Friend of Dream. 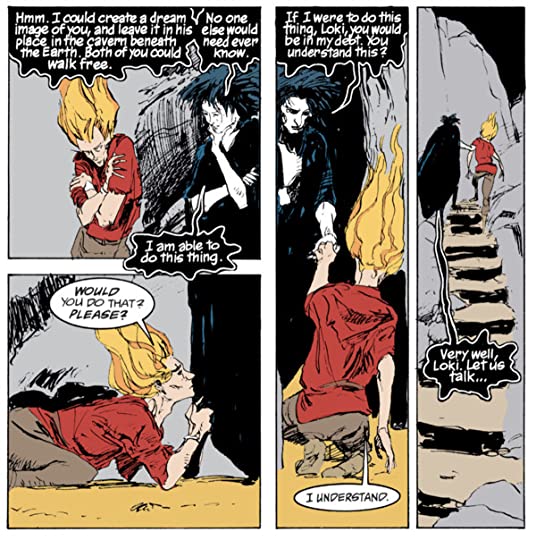 Loki (and Thor even more) are so bizarre looking in this version. But about what you’d expect personalitywise. Great fun.