Sandman is often considered one of the best of the best when it comes to graphic novels and… for good reason. It’s very very good. It’s got immortal ‘anthropomorphic personifications’ (Dream is the main character, but we also get a bit of Death), a crazy deep/complicate mythos, dark and creepy imagery, and a wacky awesome storyline. Pretty much right up my alley. There’s little I could do better than the blurb on Goodreads:

In PRELUDES & NOCTURNES, an occultist attempting to capture Death to bargain > for eternal life traps her younger brother Dream instead. After his 70 year > imprisonment and eventual escape, Dream, also known as Morpheus, goes on a > quest for his lost objects of power. On his arduous journey, Morpheus > encounters Lucifer, John Constantine, and an all-powerful madman.

It’s… about as crazy and awesome as it sounds.

On bit of weirdness that I haven’t seen much in other graphic novels is that this is a more ‘mainline’ comic, in that it’s set in the same universe and can reference all manner of other characters, such as John Constantine (I need to read Hellblazer at some point), Batman, and others. It’s… a bit weird and jarring to have the references, but once you get used to it, it’s pretty cool.

Well worth the read and I’m curious to see Dream’s journey as he continues to regain his powers.

This never ends well. And… oops. You didn’t even manage to get Death anyways. I doubt that would have gone well had you. 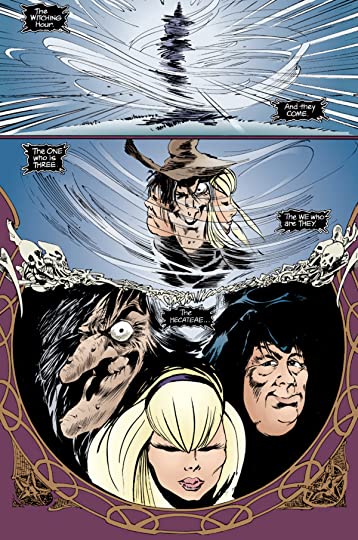 Man Hecate is bizarre in this one. I like it. 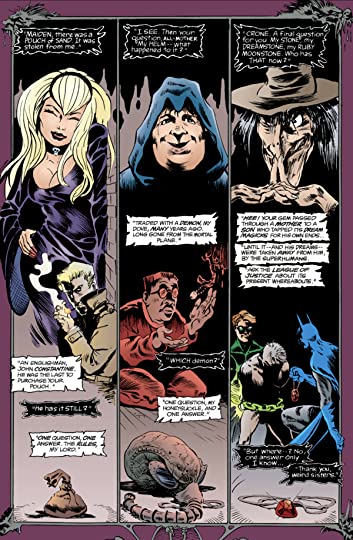 Here’s what I was really talking about with the references. I mean, Constantine doesn’t feel that out of place, it’s the same sort of story, but Batman… realy? 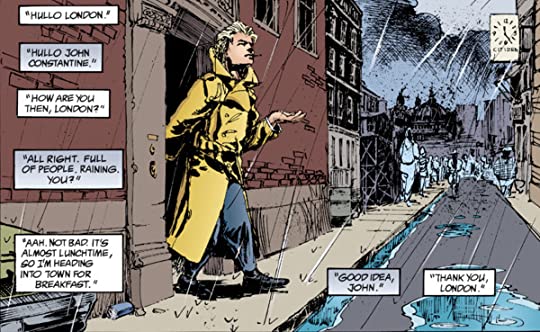 That’s actually a really interesting point. And a way for Dream to negotiate with Demons.

I love the juxtaposition of this page. This story gets all sorts of gruesome. 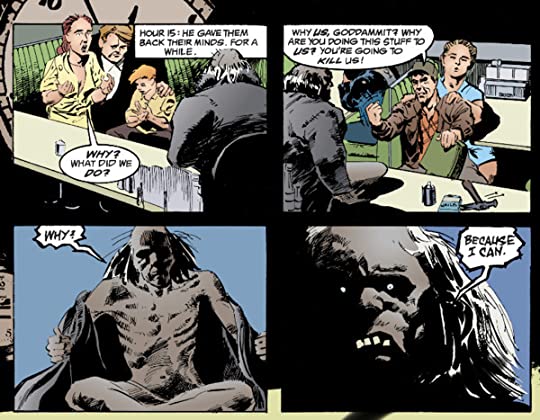 A madman with the stolen power of dreams messing with reality. Perfectly creepy. 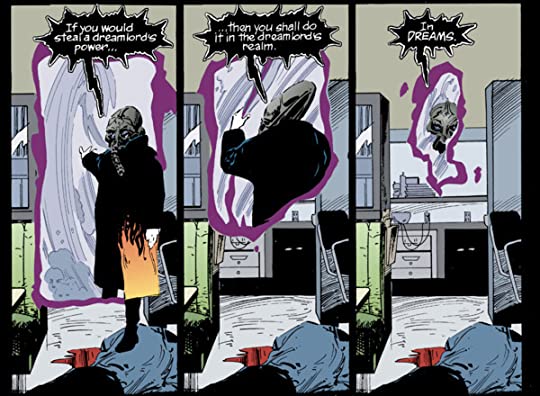 Dream’s mask is … weird. But kind of cool? Well set up for cosplay? 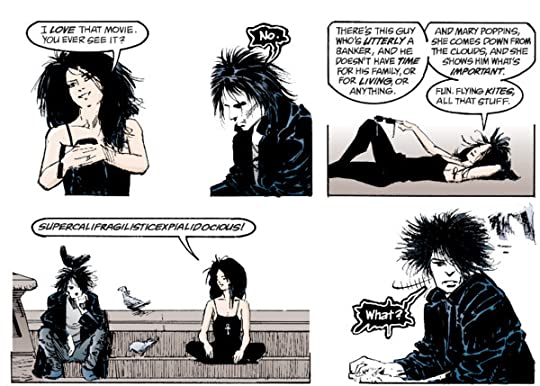 Oh Death. There’s a reason that people think she’s kind of gothchick awesome. Even if she’s not in that terribly much so far as I understand. But how does she end up interacting with Thanos? 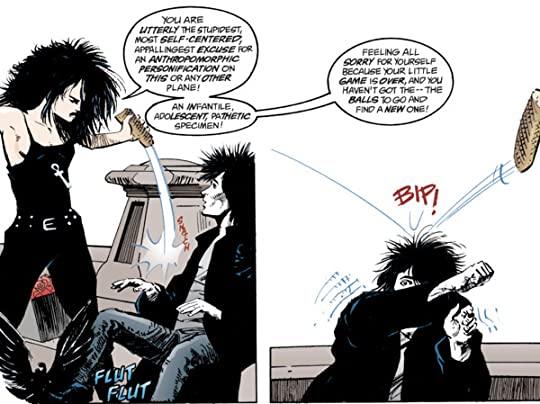 That… is a wonderful bit of wordplay.