And so it ends. We already had one heck of a climax in , but now we have to deal with the fallout of that–and a few remaining twists to find along the way. After all, there are still supes about. And as I’ve been saying the entire time: the Boys are supes. 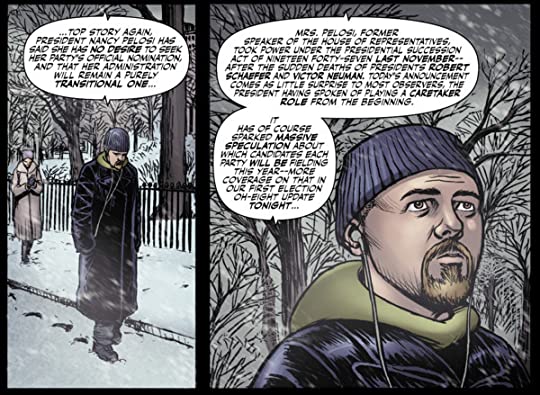 So that’s one way that Pelosi becomes the president. 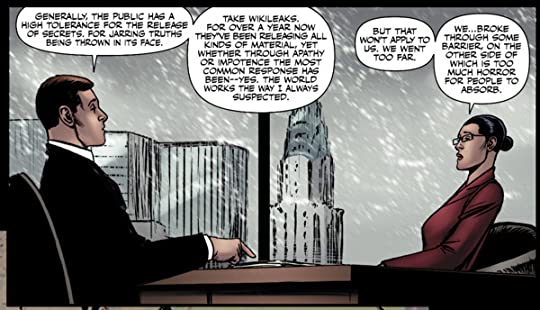 So… yeah. The public doesn’t really care that much about truth, which is depressing to read in it’s own right. 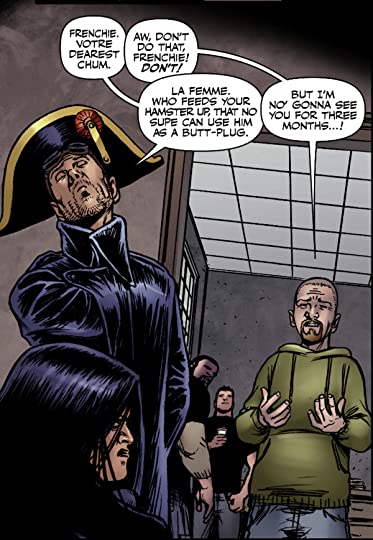 Oh Frenchie. You (and the Female) are so rediculous in this version. And so fun to read. 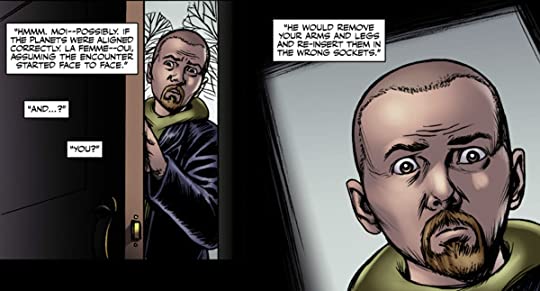 re-insert them in the wrong sockets

I do love his turns of phrase.

More like the Jews killin’ the Nazis, if you stop an’ think about it.

That’s an interesting thorugh really. If, during the Holocaust, the Jews were given the tools to erridcate the Nazis, including even those only tangentially involved–should it be used? Is it good or evil to do so? 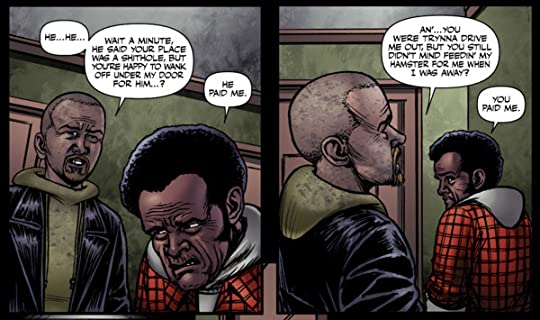 And now we figure out that little bit of backstory and what was behind it all along… and it all comes down to money. 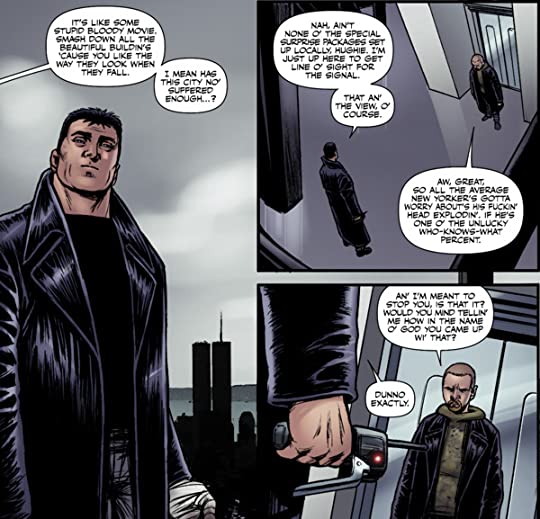 He’s like a Supe. Hughie realizes it, to some level Butcher realized it all along. And now he’s dealing with one last Supe.

There’s some nice symmetry here with Butcher and Becky. A good note to go out on. He went about it in an absolutely terrible way, but Butcher had a good reason at least for doing what he did.