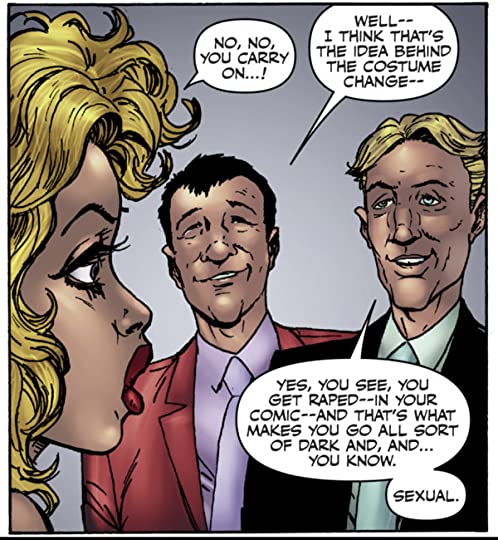 Oy. Especially given what she’s actually been through, which is I suppose the point. Just. Oy.

Otherwise, this is primarily a bit of backstory on all of the Boys and a bit of the world, which is pretty interesting. Especially… Frenchie being French:

It doesn’t make much more sense in context. :)

Butcher’s a badass, who can actually take on five supes and be expected to do fine: 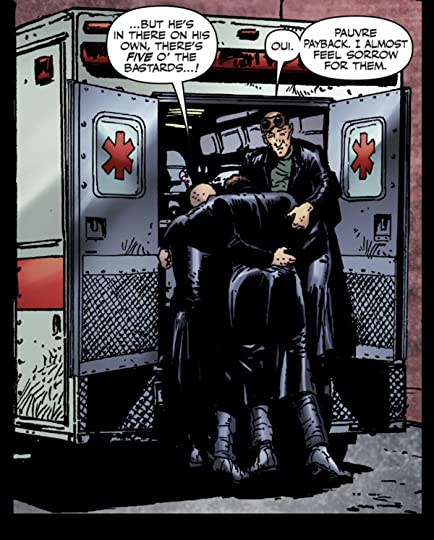 And Britishly snarky (next: WHAT HE SAID, heh):

Grusome of course. Bit off his nose. And it’s funny because he can’t talk anymore? Oy. 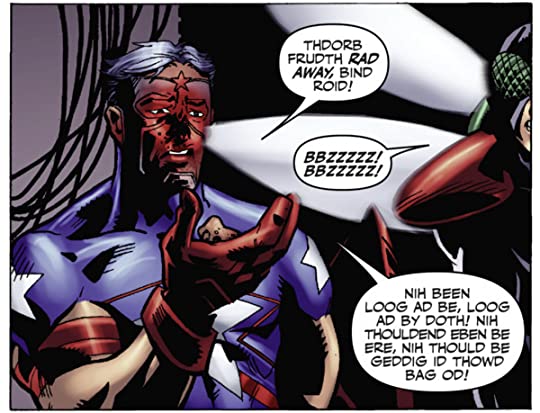 A bit more backstory on exactly what happened with the Brooklyn Bridge. We had a similar plotline in the TV series, but I like how they did it this way better. A bit more direct: 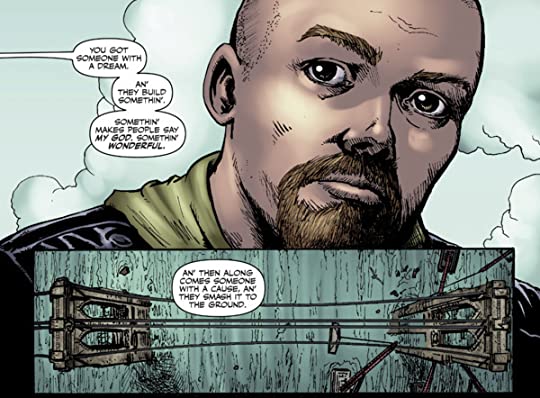