Oh, The Boys. I feel like I say that every time.

This time around, we have a crisis of faith for Starlight. Given her baptism by fire into the world of how real and terrible superheroes (and men in general) can be, it’s not overly surprising and it’s interesting to go through. 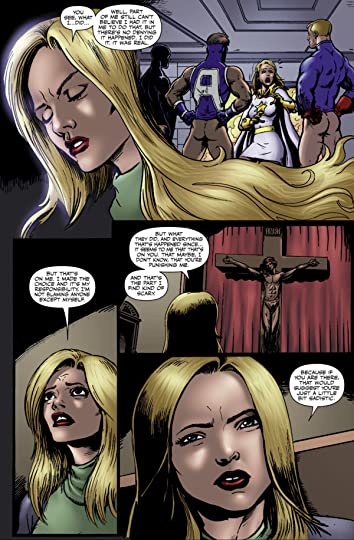 I could almost do with a little more. At this point, it feels more like the authors saying ‘religion is bad m’kay, now she realizes it too’, rather than actually working through it just yet.

We’ll see how it goes from here.

It’s also fun to see how her and Hughie’s relationship is growing. They’ve moved on to the sexin’ bits (more on that religious views changing), so of course we get some fairly gratuitous nudity.

Other than that, we get a lot more backstory on how Vought came to be in this universe–as twisted as that is. We also get some of the really twisted bits of superhero lore: turns out that sometimes the Compound V doesn’t want to let someone die…

But they certainly don’t come back right. There’s still brain damage to contend with. 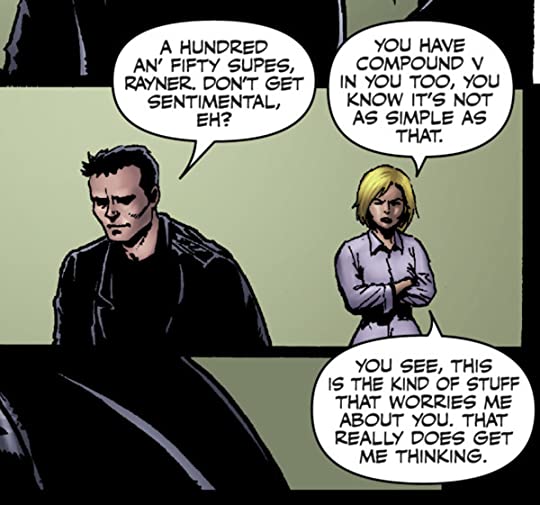 It’s still interesting that they’re amped up on Compound V. They’re basically supes. Yet they hate supes. It’s … weird. But an interesting conflict.

Turns out Compound V is expensive yo. 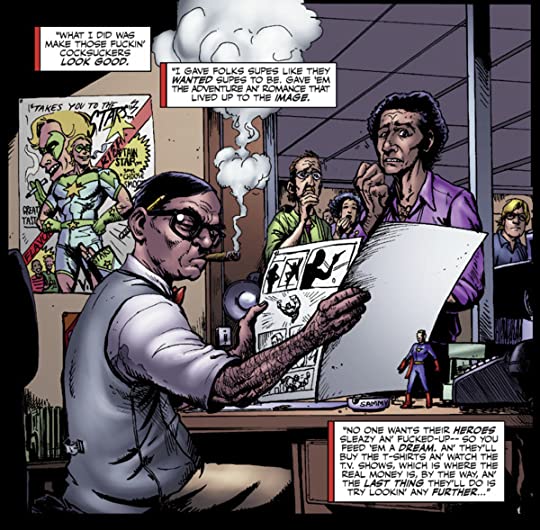 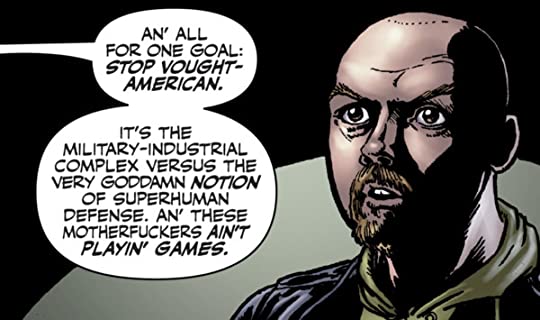 Getting into the Vought as soldiers plotline that came up more in the series. Interesting to see how they do it.