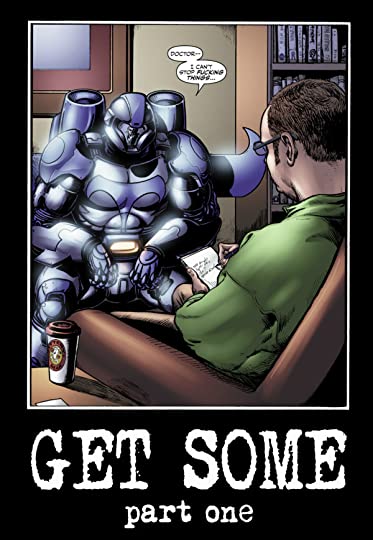 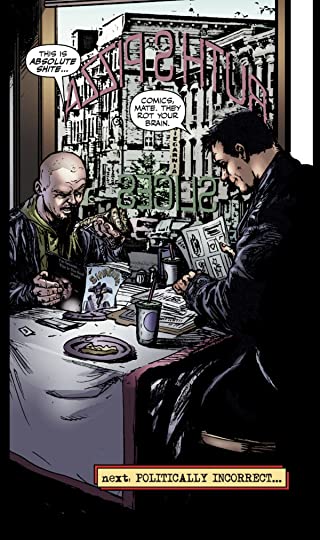 That’s pretty much the Boys in a nutshell. It’s super heroes gone twisted. On one hand, I actually enjoyed this one more than Volume 1 since it was further from the TV series–I supposed they haven’t gotten to it yet?

On the other hand, wow is it tough to read at times. Pretty much the core of the book is dealing with gay superheroes and comletely bashing the idea of homosexuality: 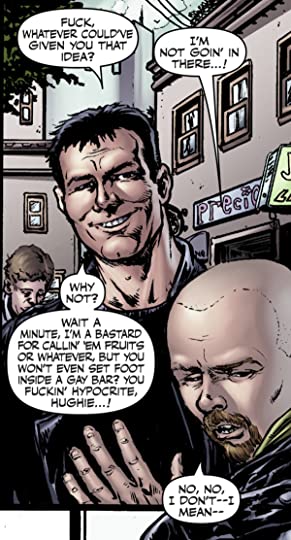 It’s… not great. I get that people are terrible and the supes are the worst of the lot. But oy it’s hard to read.

The next plotline is Russia. There’s a Russian supe named Love Sausage that ends up on the Boy’s side. He’s very Russian: 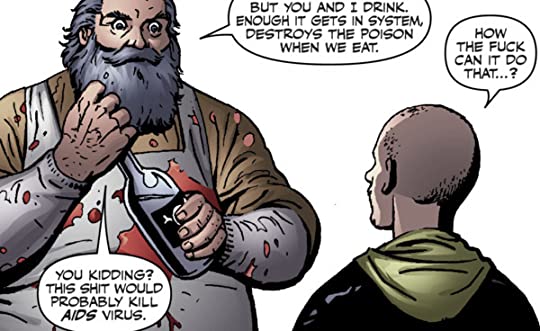 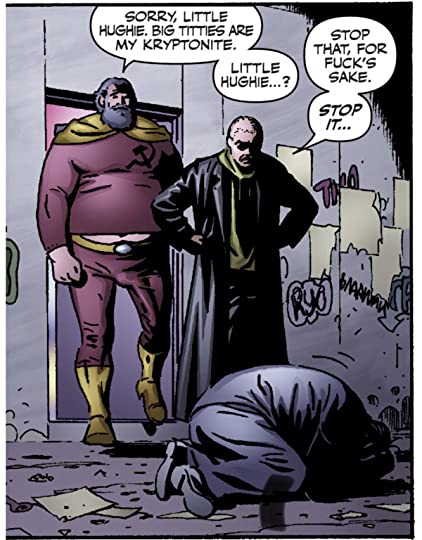 It’s a very russian and pretty cool plotline. I enjoyed it at least.

Overall, it’s enjoyable and hard to read. But that works. Onwards and Boysward! 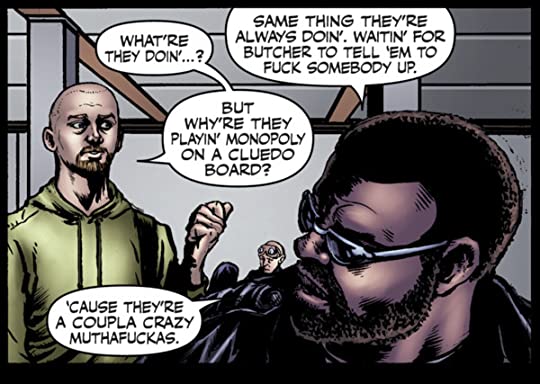 Frenchie and the Female are… nuts. 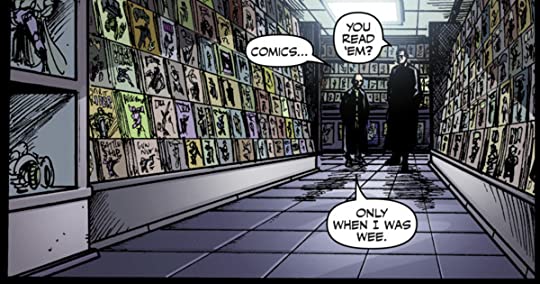 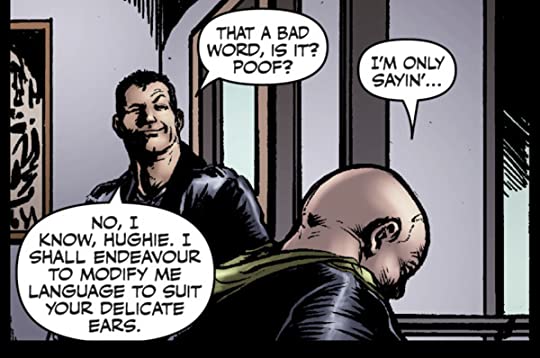 More gay bashing. In the most British way possible. 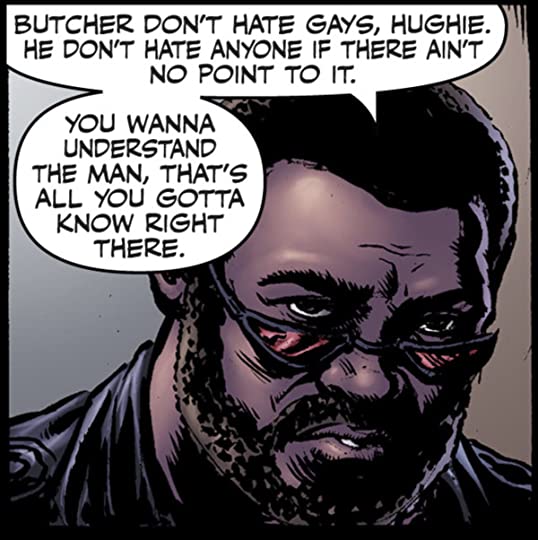