Well that is truely a bizarre read. I’ve been wanting to watch the show, but figured the written form is short enough, I could read it first. It’s weirdly wonderful.

In a nutshell, some random event makes women all over the earth give birth at once. 7 of the babies (that we know of!) survive and are adopted by the same man. Of course they all have super powers, so off they go to solve crimes!

And then they’re entirely human, so things go rather worse from there.

On one hand, it’s got strong pulp action roots: 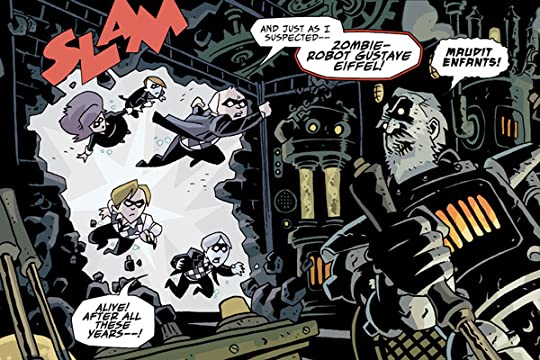 On another, talking monkey and wonderfully snarky extra text. 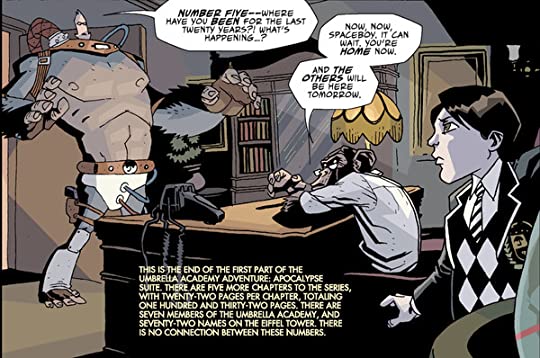 The idea of an orchestra that wants to end the world reminds me a lot of Charles Stross’ work. Still a neat idea. Not sure which came first. 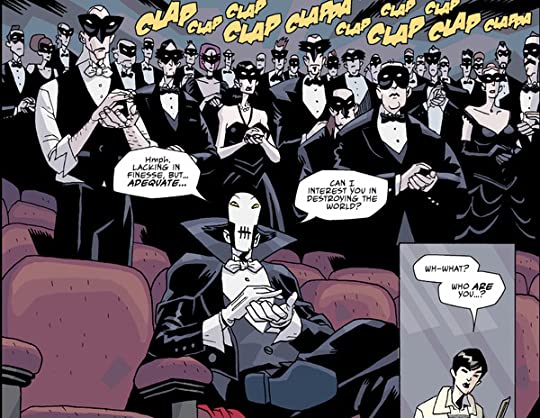 And… some absolutely wonderfully disfunctional characters. 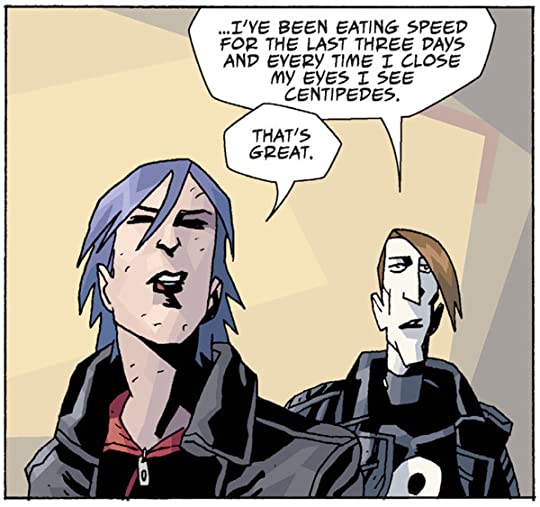 It’s weird wonderful fun and I think my biggest issue is that it felt a bit short and unfinished, given that it’s mostly a self contained story. That’s something of a problem with graphic novels in general though. So it goes. Still worth the read I’d say.