Fables feels like it’s been running for perhaps a bit too long. And things are certainly not Happily Ever After…

Bigby is back… ish.

Rose Red and Snow White are still at each other’s throats, but at least we finally get a reason for why. Except why that wouldn’t possibly have come up before now hurts it somewhat.

A lot of ish. I really fell more like they had to come up with one last conflict to finish off the series. I don’t know if they didn’t intend to run this long or what.

It’s still a fun read and interesting enough, but it doesn’t quite measure up to where I hoped the series would be 21 (39 with subseries) issues in.

Magical dream time! So of course… no clothes? 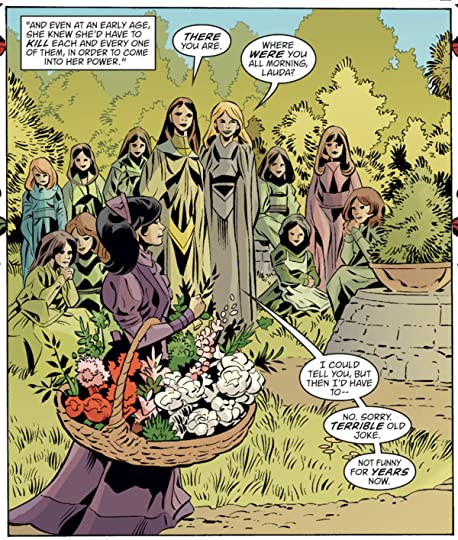 Backstory of Rose Red/Snow White’s mother! Apparently they always have daughters and they always kill each other? Bizarre.

Jack and Gary interlude! Tacos! A better conclusion than Jack of Fables, Vol. 9: The End?