And thus, 19 stories in we have the ‘story of Snow White’. Which details a first husband we’ve never heard of who’s a comically bad guy and wants to ruins everyone’s day… and actually does manager to kill Bigby... . Really?

On top of that, we have piles of backstory with BUFKIN THE LIBERATOR… who is not really that interesting. And apparently will never actually interact with the main Fables storyline? Meh.

The series is really starting to feel like it went a bit too long. At this point, I’m close enough to see how it ends, but either after the defeat of the Adversary or Mr. Dark could have been an ending… 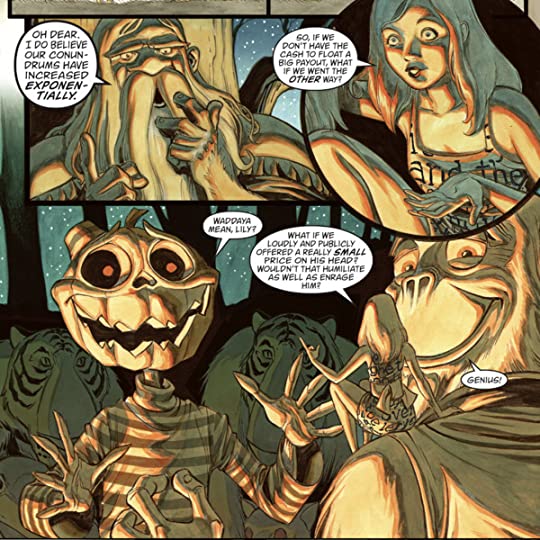 Logic according to a monkey… and it works? 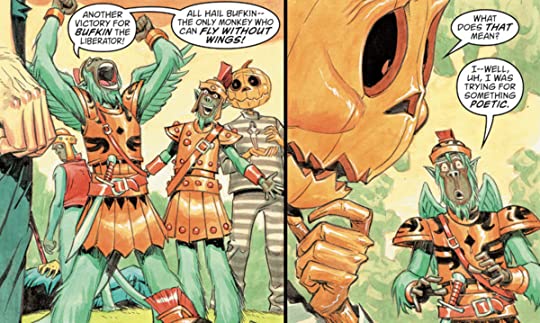 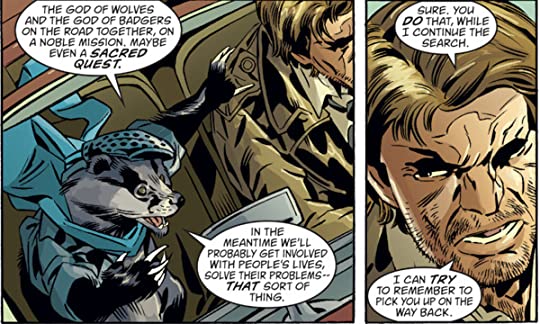 Has Bigby always been the God of Wolves? Also where are tehy even going with the Stinky storyline at this point? Blue’s been gone a long while. 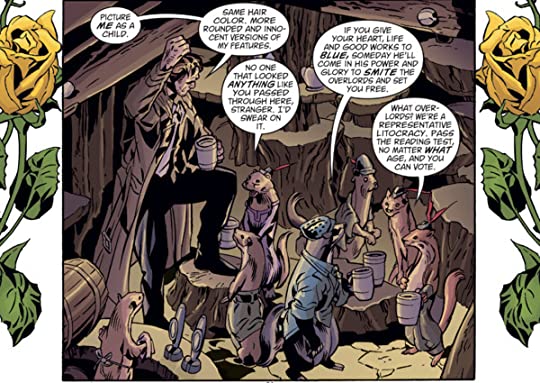 Political commentary by way of ferrets (or whatever those are). 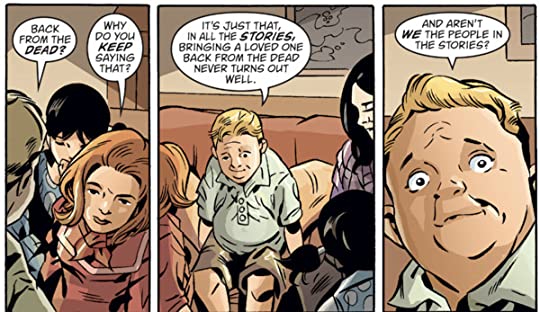 We’ve seen both, so it’s fair enough. Some people come back (or turned out to never really die) and some don’t. I wonder which way Bigby will go.