So. Charming survived. And now he’s a Maharaja in a world of Indian Fables. I guess I shouldn’t really be surprised.

Storywise, it’s pretty crazy. It’s awesome to see the character growth. He’s an ass, but he’s got a lot of potential. A near death, saving the world… might just do the thing?

I think what annoys me most about the whole thing is … the stylization of the text. Fables has done it before a few times, representing text in another language with English stylized as if it were local characters, but this one is particularly hard to read. 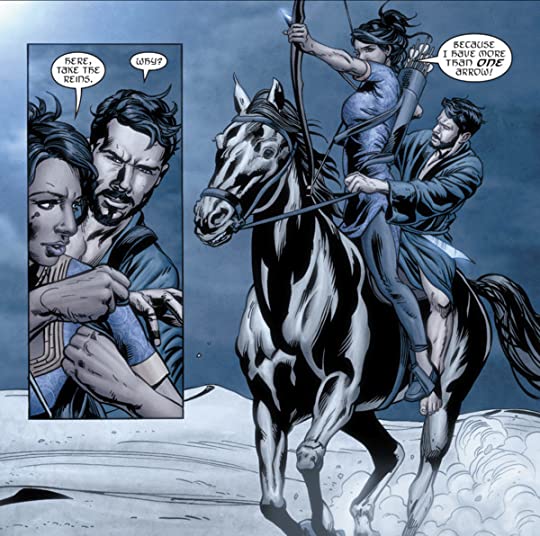 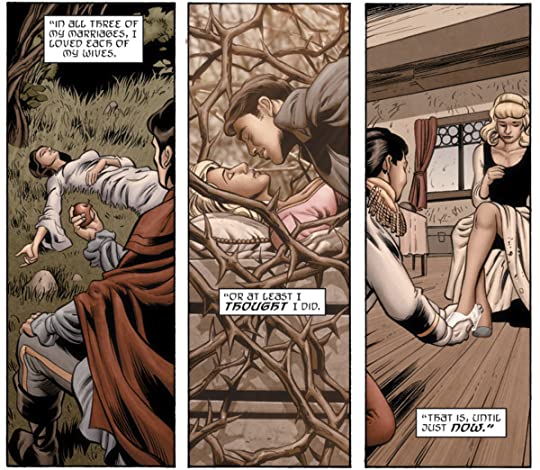 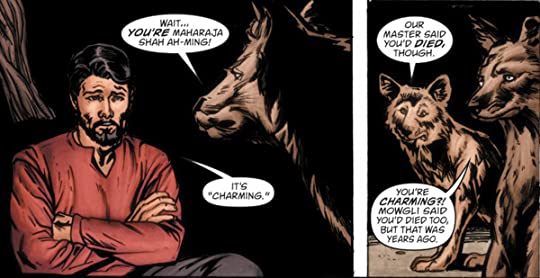 Yup. Everyone (not just the readers!) thinks he’s dead. It makes it work.