Back to Fables and back to the problem of Mr. Dark! Originally I had no idea where Fables could go after the Adversary was defeated, but this works. A power vaccuum, filled by all sorts of big bads. It turns out that as dark as Geppetto went, he still arguably did some good (as all evil empires seem to do on some level). Fun times.

A solid story. It’s interesting getting more insight into some of the more magical folks in Fabletown. They’re a lot less straight forward than the Fables, which I approve of. 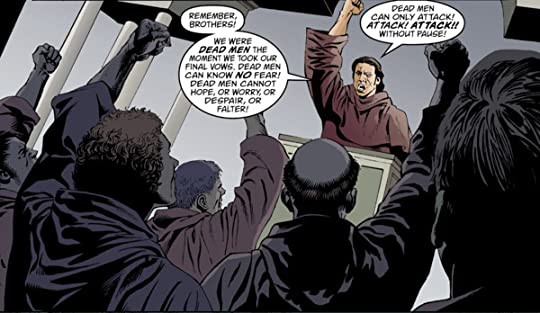 I love the backstory; what Geppetto set into motion to solidify his control and just what that control cost. And what the modern day Fables are up against. 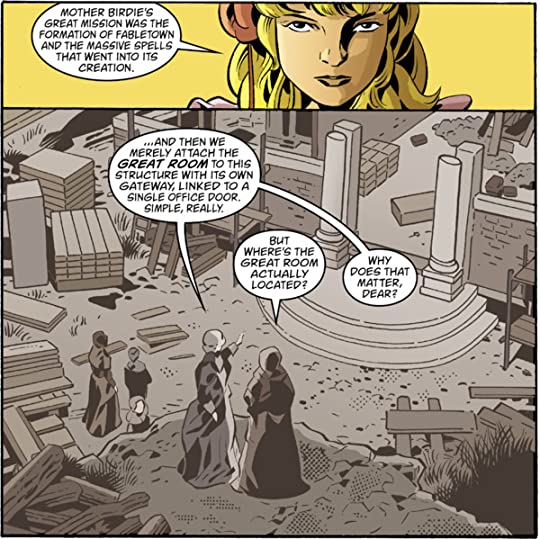 The loss of the Business Office is a wonderful subplot. It turns out that when you lean on magic in a mundane world, when that magic fails all sorts of weird things happen. It’s an interesting analogy to leaning too hard on computized recordkeeping and things like that. 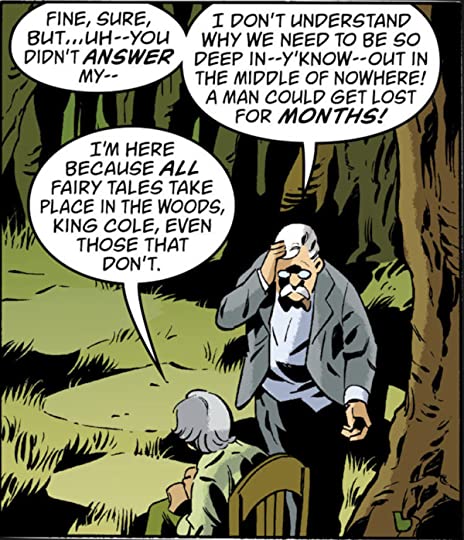 Wonderfully meta. Also Totenkinder is a lot of fun.

As I was saying, the subplot in the business office is a crazy fun way of going. I love it. 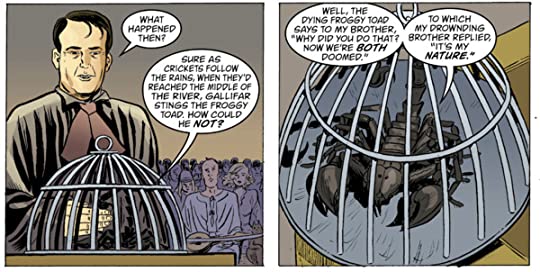