Oooh boy. This is a weird one. Jack and the Literals spill into the Farm, just as the Fabletown residents have been forced out by Dark problems of their own. So who comes first, the Literals or the Dark One? Well, perhaps the one that, with a stroke of the pen, can change the very nature of reality…

It’s a crazy story, but a bit weaker than many of the Fables stories so far. I like either plot well enough, but combining the two feels weirder than I’d hoped. It is interesting to see how the cult of Boy Blue continues to take form. I’m not sure where that will end up going in the long run, but I expect… not well.

Spoilers and many many pictures: 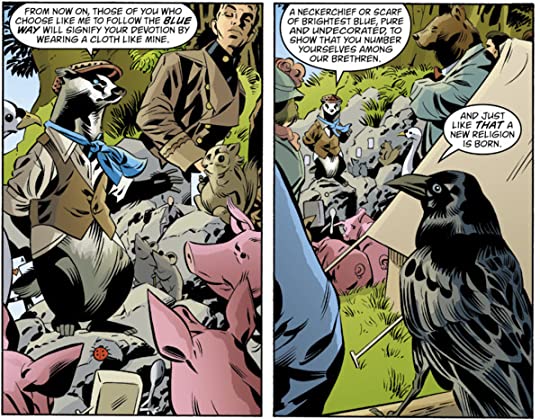 The rise of the cult of Boy Blue. Clara is pretty insightful in this case. 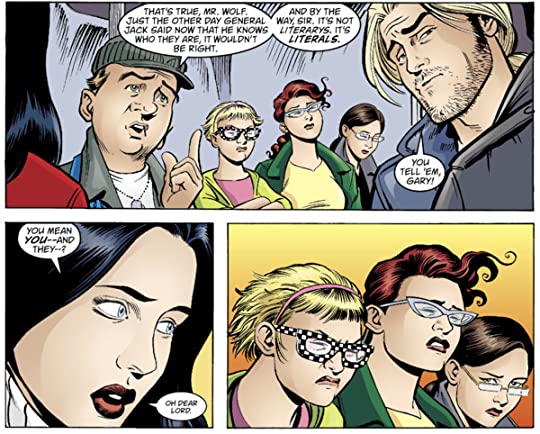 Oh… this plot line. I get it, it’s establishing that Jack is kind of scummy. But still. 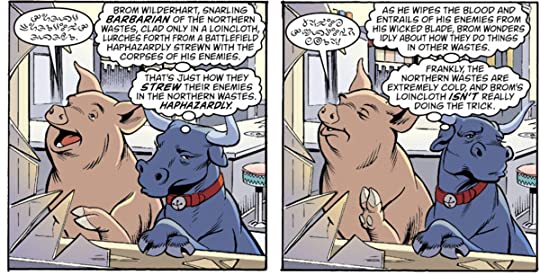 Perhaps one of the better Blue Ox scenes so far. I don’t know what’s going on… but that’s mostly the case with these interludes. 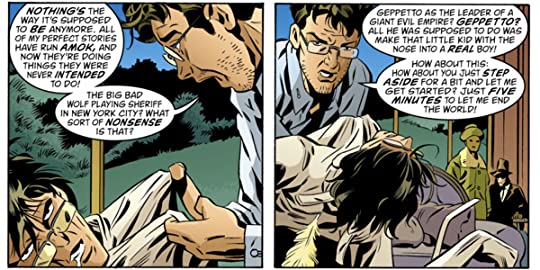 The meta plot is getting so very weird. And really does hit the nail on the head a bit. Sheriff Wolf? Fables in New York? Geppetto as the bad guy? Madness! But the best kinds. 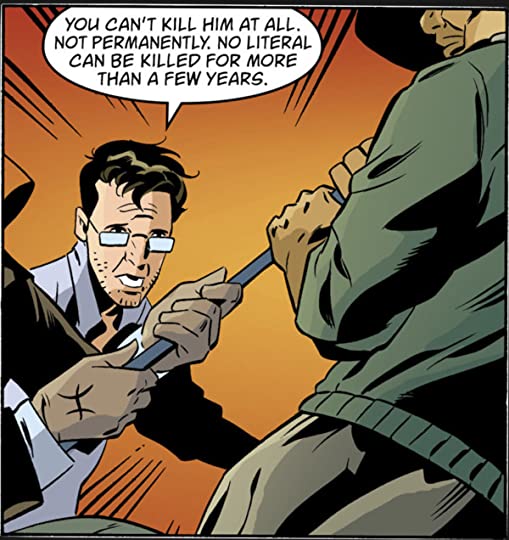 I wonder if this is true or if they’re just like Fables, that it just takes corresponding more to kill them. 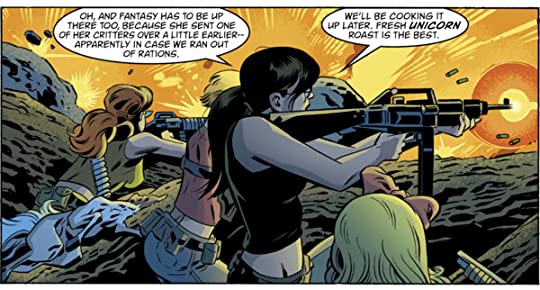 Sam to save the day! Yay! 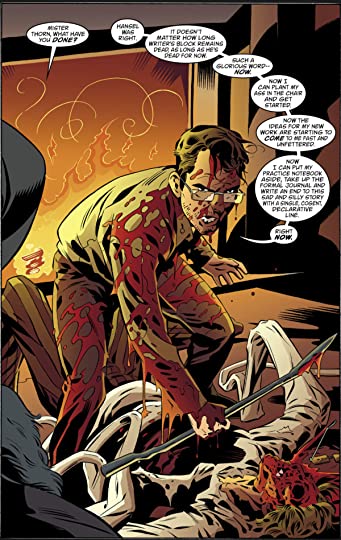 Well. I guess that’s one way to deal with Writer’s Block. Unfortunately for the rest of us, it’s not quite so literal. 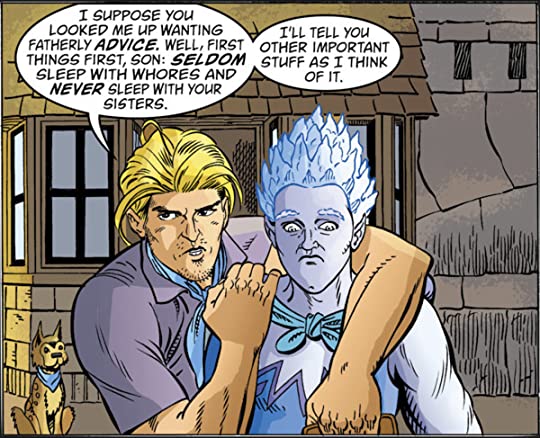 So… meet the new Jack, hopefully better liked than the old Jack? And what about John? Weird, but it has potential. Also, what’s with his eyes… 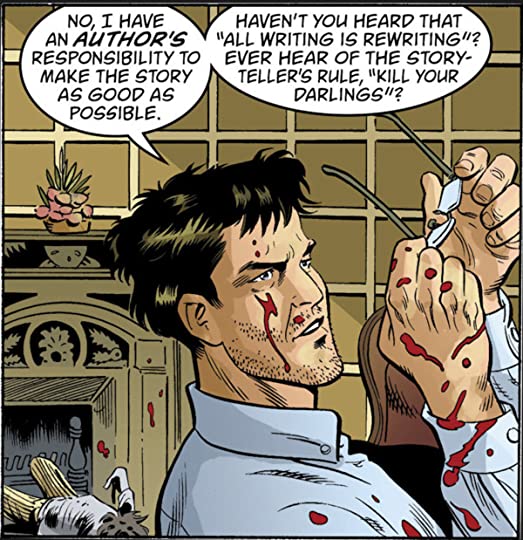 Usually not quite so Literally though. :D

Well how’s that for an ending… It works though.