Jack in the Wild West. Because of course he is. It’s an interesting look at the life of a fable further back in time, Jack in particular. And it’s nice to see the contrast between Bigby and Jack. Jack may be a fool, but at least he’s a passionate one.

Then we get some more scenes back in the future where it looks like war is coming to the Jack of the Fables universe as well as the Fables series. Of course they’re both more or less at once. I still do wonder if/when the Literals are going to start crossing over to the main series. Perhaps in Fables, Vol. 13: The Great Fables Crossover?

Also, this scene was particularly amusing to me: 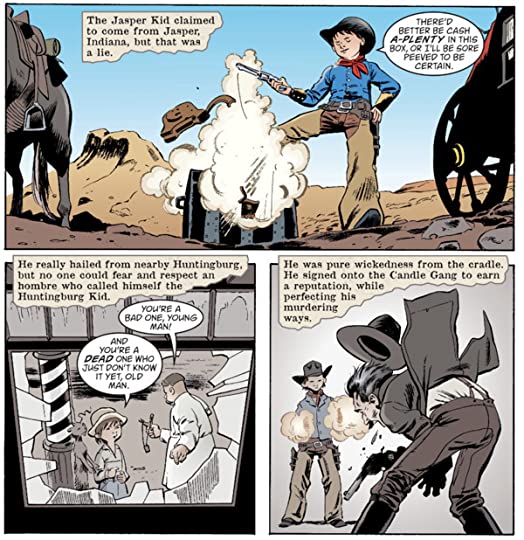 I grew up a stones’ throw from Jasper/Huntingburg, Indiana. You don’t often hear about them in fiction though. They’re small midwestern towns. 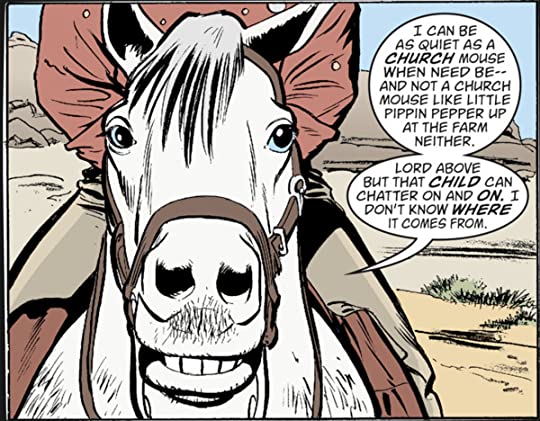 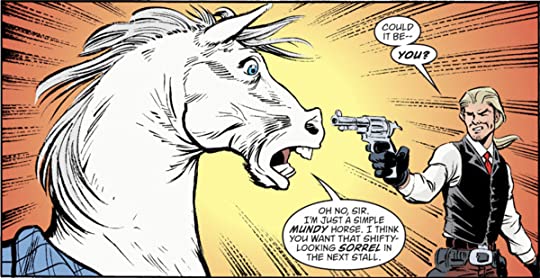 That horse isn’t so bright, is he? 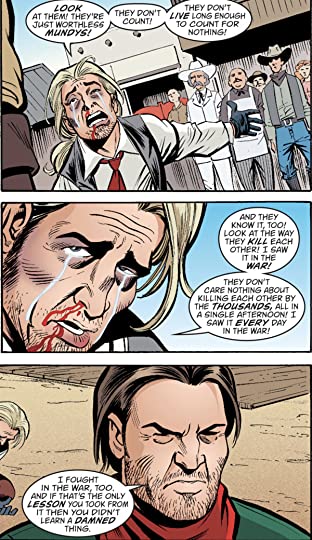 The Lessons of War. From one to another who have both lived through a small pile of them. Reminds me a bit of Wolverine (of X-Men fame). 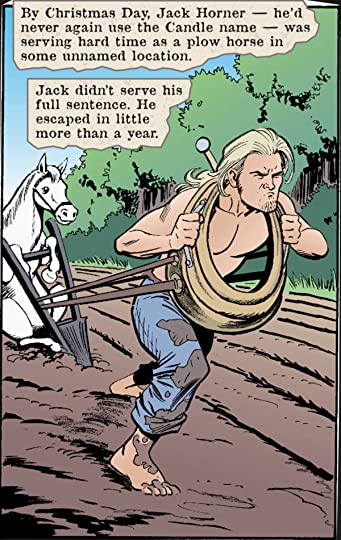 Super strong and kind of hilarious. 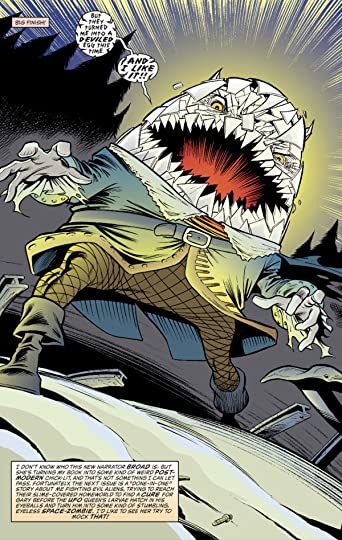 Now we’re back in the present and… it turns out they did put Humpty Dumpty together again… As a Deviled Egg. I love it. 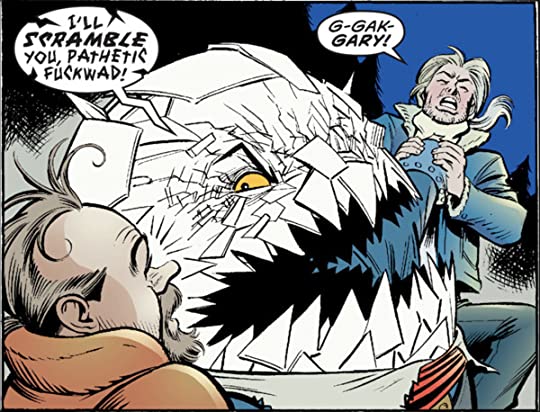 Yolks on you, he’s full of puns. Truely evil then.

Also, calling the Pathetic Fallacy a Pathetic Fuckwad is both a major language warning and kind of hilarious. 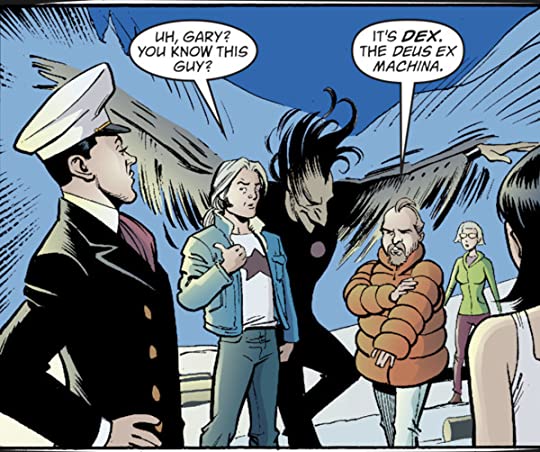 Another Literal! I don’t really understand them, but it works. Incoming DEUS EX MACHINA!