And so it ends. I did not expect at all that the war with the Adversary would escalate so quickly or end before the run of the series, but here we are. We have war heros, super spies, crazy battle scenes, and sacrifices from the last characters we’d expect.

I expect after this we’ll be dealing with the fallout of suddenly disposing the power behind a hundred worlds, which should be quite the story all it’s own. Onward! 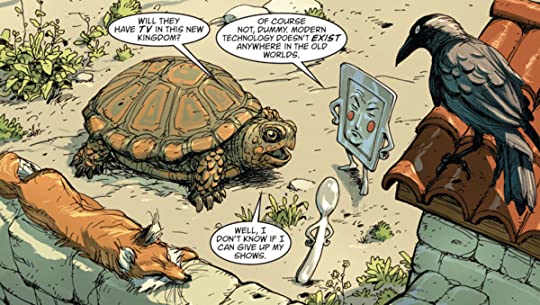 The non-human fables are hilarious. Especially the idea that a talking turtle doesn’t want to go home because they won’t have cable. 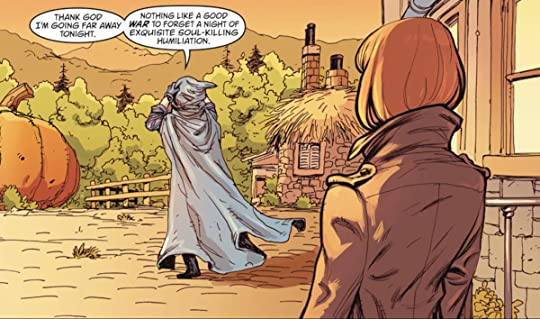 Oh Boy Blue. War Hero with a lost love, but when he finds her again, it was all a lie. Finds love again… and when he tells her, she turns him down flat. Ouch.

Cinderella being this bad ass secret agent is hilarious and awesome. Especially with super strength. 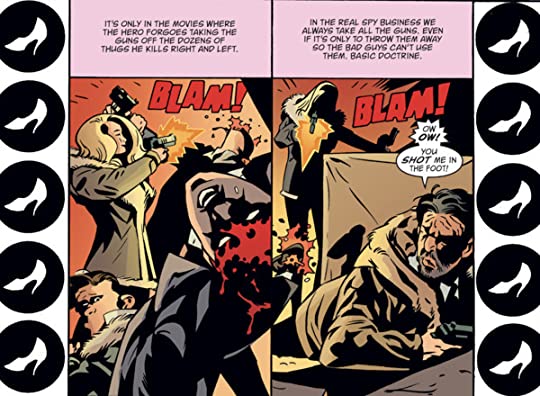 It’s funny because they’re basically in a story. Which has really been getting into so far.

Heh. It doesn’t help that she really puts the secret in secret agent. 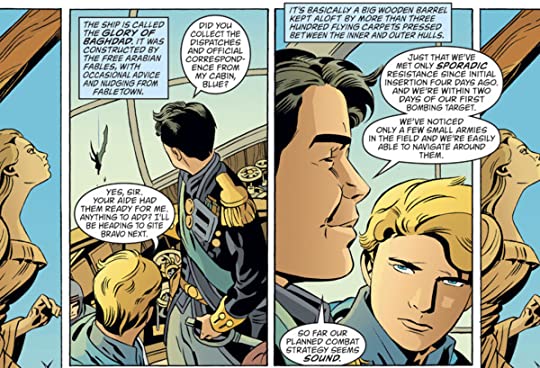 The Arabian Fables going to war with an airship powered by flying carpets is a wonderful image. It would be interesting to see a spin off series focusing more on them. 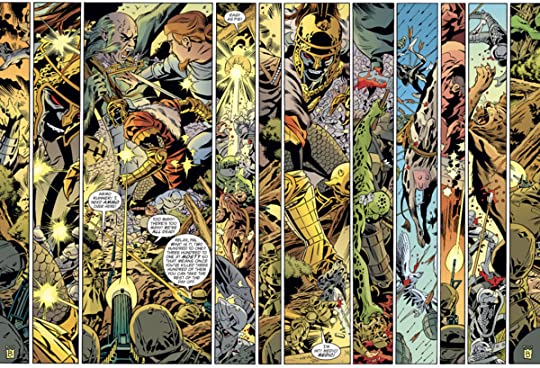 That is one of the most epic scenes I’ve seen in a comic book. Granted, I haven’t read that many yet, but still.

Prince Charming was a hero after all. Dang. 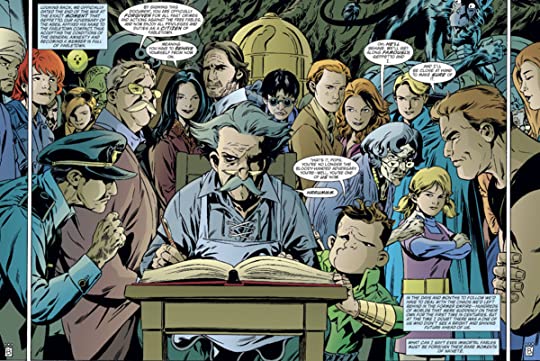 And that’s it for now. It’s gutsy to sign Geppetto on as a citizen of Fabletown, but he’s not wrong. Just about all of them have skeletons in their closet. I expect adapting to a more mundane life is going to be … complicated.