Jack is still on the run! With Gary. And one of the Page sisters? And himself/ John ]> of Fables?

This time around, we find out far more (weird) backstory on the Fables Universe–including more backstory on exactly what Mr. Revise is and why Gary (the Pathetic Fallacy) does what he does.

Quite a crazy story. I wonder if this will have any implications on the mainline Fables stories? 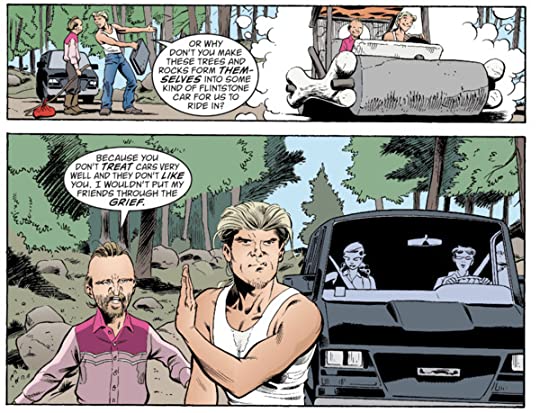 Man, he could totally Flintstones a car couldn’t he. But he’s also not wrong about Jack. 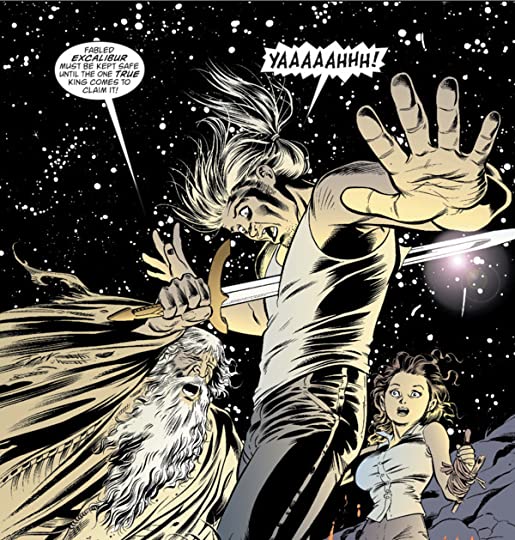 That… did not go where I expected it to go. 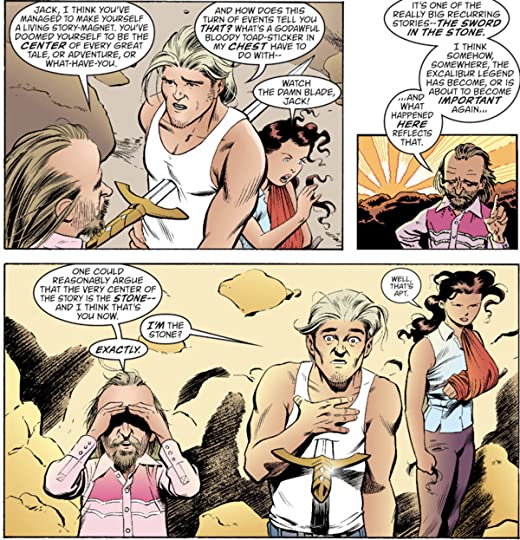 You know, I really like this. He’s spent so long putting himself in all of the stories and now the universe is apparently trying to appease him. But he can’t be King Arthur–we already have Flycatcher–so instead? The stone. Because of course. 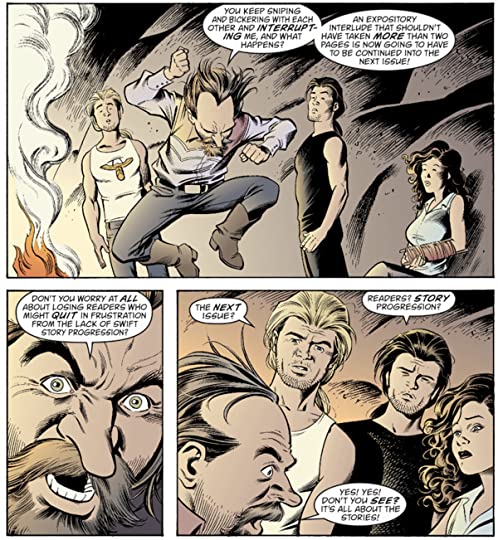 Wait. What? What is Gary exactly? The Metastory?

Heh. Jack has a history of just doing what he thinks should work and expecting the universe will go along with it… and for now the universe is actually listening to him. 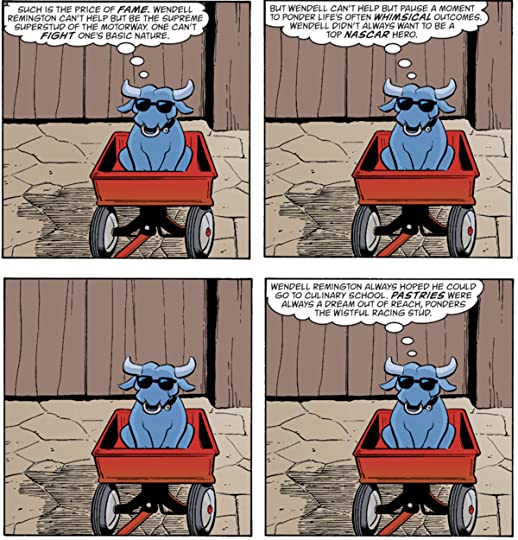 The short asides from Babe the Blue Ox, Philosopher are bizarre and kind of hilarious. 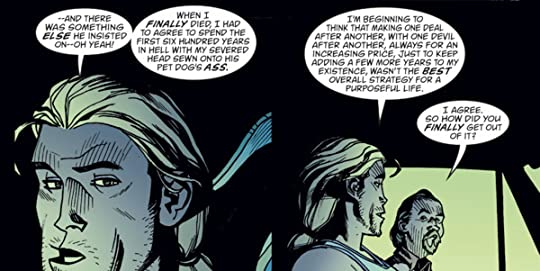 Making a deal with the devil is a common trope, but selling that over and over again to more and more devils is even better. A fun idea.