And so it ends. Fullmetal Alchemist, Vol. 26 was absolutely bonkers, so to say that the final battle actually takes a step back and makes the ending all the more … human, that’s saying something.

But you know what? I think they really pulled off the landing. No idea how or really what in the world was going on there, but it all comes together.

And in the end, the boys got back (some of) what they’d lost, the day was saved, and most of the major characters managed to survive. A pretty solid ending all around.

This was quite a series. Well worth the read. 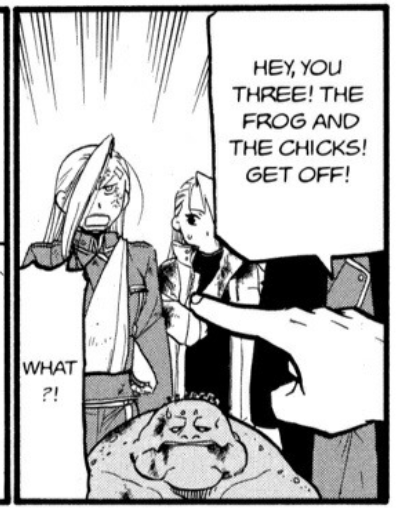 Of all the people to say can’t fight, you’re going to choose Riza, Major General Armstrong, and a chimera? All righty then. 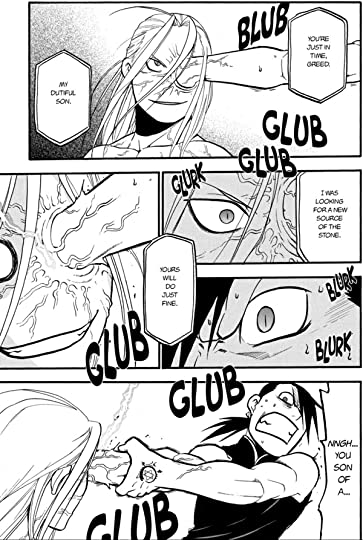 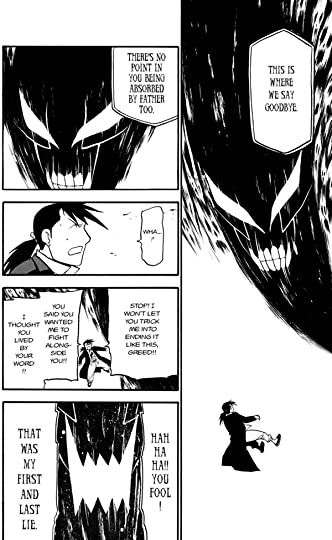 Of all the people to save the day, with the split of Greed and Lin? I like it. 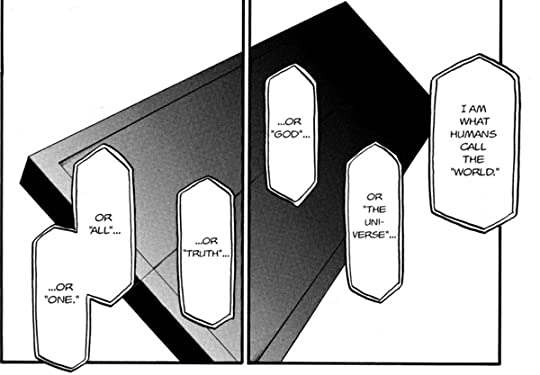 You know what? He’s really trying to do the right thing. Major credit for that, even if the real ‘right thing’ turns out to be even better. 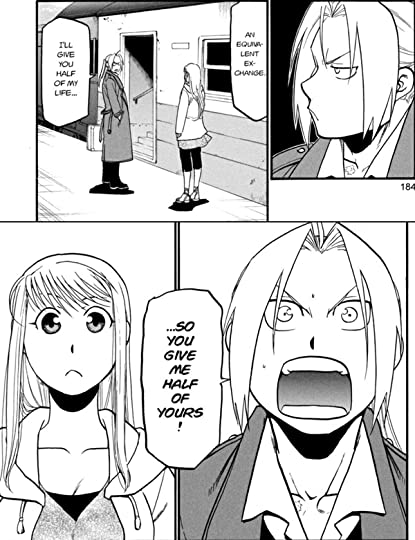 Did he just propose? In the most Fullmetal Alchemist way possible? All righty then.

You know. That’s a good cooldown chapter. A good use of the armor that kept his soul safe for all those years.